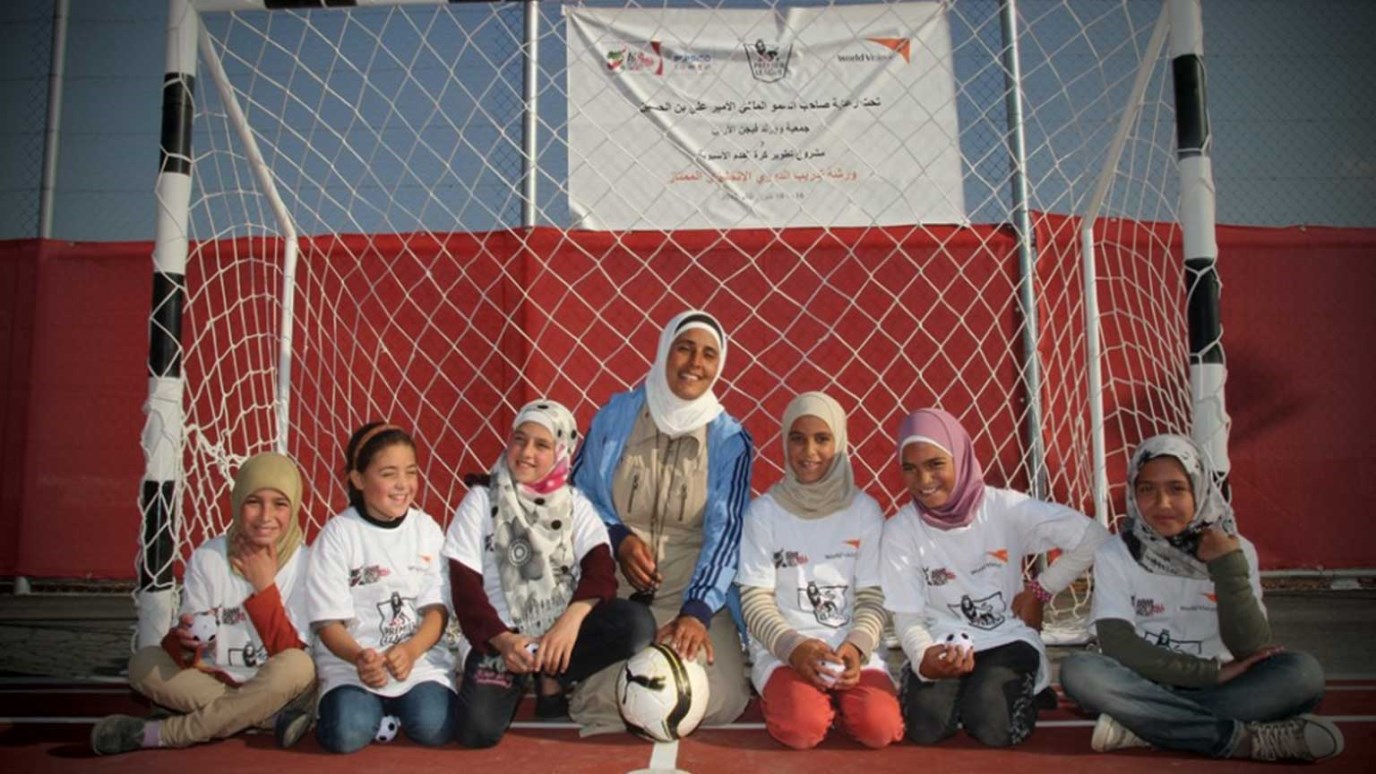 “Playing football will help these girls to forget a bit about what they went through in Syria," she says. "It’s exciting for girls to be able to play football.

“When I was a child, it was forbidden for me to play football."

Premier League, an English professional association of soccer clubs, provided grant funding for World Vision to organize the boys’ and girls’ soccer leagues at Azraq and trained 36 male and female coaches and referees who will carry out the program. World Vision has built two pitches as Azraq, one just for football and the other for football, basketball, and netball.

Coaches include Syrian refugee volunteers like Ghaliya and staff members of the Jordan Football Association, World Vision, and other humanitarian organizations that work in the camp.