Divorce Is a Dirty Word 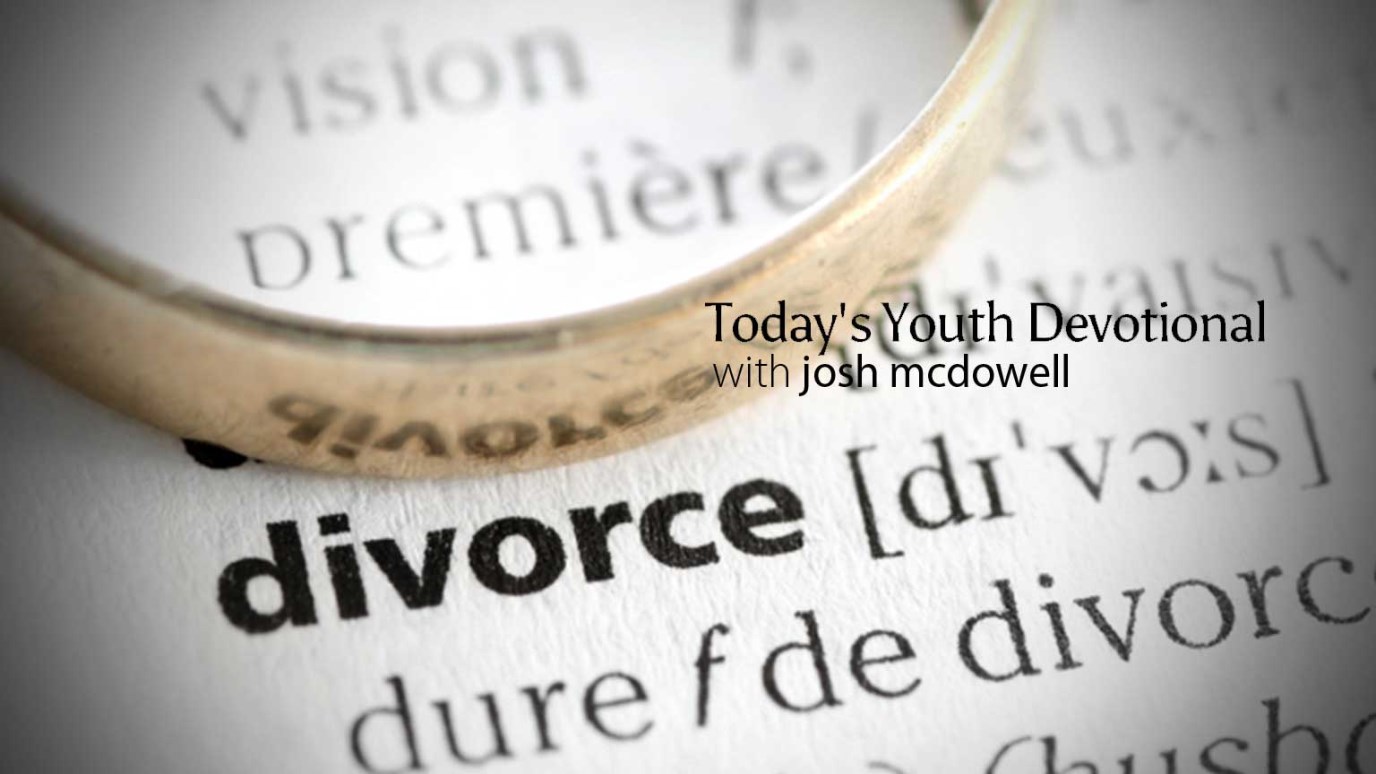 Divorce is a last resort. But your best option is to prayerfully get yourself ready for a marriage that will last a lifetime.

Since they are no longer two but one, let no one separate them, for God has joined them together. Mark 10:9

MIKE AND JESSICA were both high school students when they met in the supermarket where they worked as clerks. They began dating and fell madly in love. From then on, Mike and Jessica were inseparable. They married before graduation, and Jessica gave birth to a baby within the first year of marriage. But during the second year, Mike and Jessica apparently fell out of love almost as quickly as they fell in. They ended their Cinderella romance with a divorce.

You probably know at least one couple—neighbors, friends, maybe even parents—who became victims of the divorce epidemic that rages in our culture. Divorce happens among Christians, and it’s a controversial topic in the church today.

The subject of divorce was a hot issue in Jesus’ day too. According to the Old Testament, a man could divorce his wife if “he discovers something about her that is shameful” (Deuteronomy 24: 1). But by the time Jesus came, there were two conflicting views about divorce among the Jews, stemming from two interpretations of the word “shameful” in that verse. The Pharisees—the hard-nosed sticklers for detail—said shamefulness referred only to unfaithfulness. The second view interpreted “shameful” as anything that displeased the husband. A man could divorce his wife for a simple misdeed like torching his toast or losing a sock in the clothes dryer!

But once again Jesus turned the tables on his enemies when they tried to trap him. Instead of siding with one of the two views, Jesus said that in God’s view of marriage, divorce is a dirty word. Jesus referenced God’s first words on marriage: “A man leaves his father and mother and is joined to his wife, and the two are united into one” (Genesis 2:24). In God’s original blueprint for marriage, husband and wife were to be glued together into one inseparable unit. Period. Divorce wasn’t even in God’s vocabulary.

Divorce is a last resort after all other attempts to resolve conflicts and heal offenses have been tried and retried without success. But your best option is prayerfully to get yourself ready for a marriage that will last a lifetime.

REFLECT: How are you practicing the kinds of attitudes and actions that will make you a good marriage partner?

PRAY: God, help me learn the skills I will need someday to stay married.

Standing for Love
Revive Our Hearts