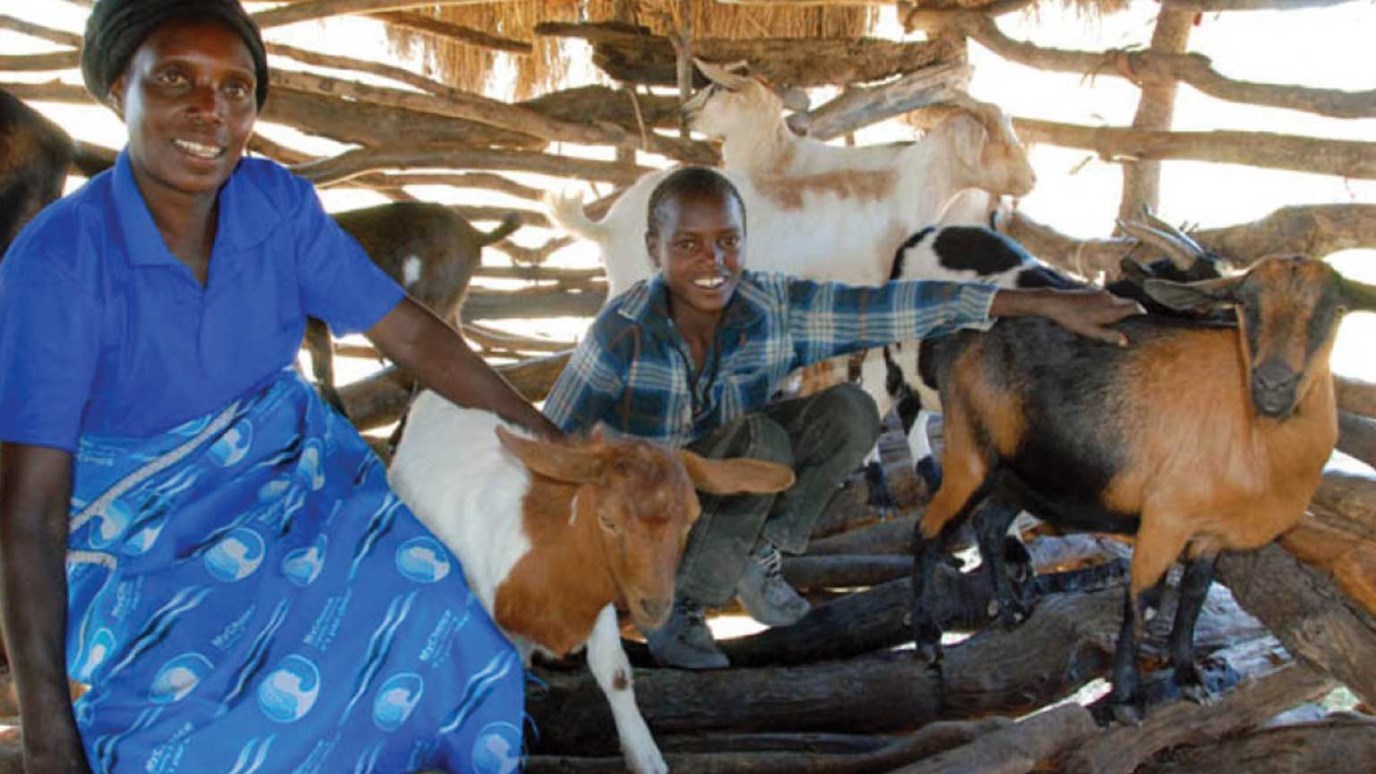 It is mid-morning. The sun is out and the sound of goats bleating can be heard some distance from the village, a community located more than 80 miles from the nearest paved road.

This village is home to Metness Ndila, 48, a mother to seven children — six biological children and her nephew, an orphan she adopted.

For the people in this area, the sound of animals is a happy sound — one of prosperity and hope.

“Ten years ago, you would not hear all these sounds,” says Metness. “We had lost all the animals we owned to disease.”

Hope was lost. The future was bleak.

“We had no tools or better methods of farming to produce enough food. When the oxen died, we could not cultivate bigger portions of land using hand hoes,” she says.

Metness struggled to find enough food for her family.

A gift for gift

The change for her family began with a gift of four goats, given to Metness’ nephew named Gift, then a sponsored child. The goats were funded through the World Vision Gift Catalog.

Metness not only received livestock, she also received training on proper care and treatment of the animals.

“Things [got] better when the four goats started to multiply. From the sale of [the offspring], we got back to our feet. I began to afford buying farm inputs and hiring people to help me in the farm,” she says.

Thanks to the goats as a natural source of fertilizer, her harvests improved and multiplied and the herd continues to grow.

“Now, I have 15 goats,” she says, acknowledging they would have more, but she has sold some to invest in other things.

“Without all this, life would have been unbearable,” she says.

Because she generated income from the sale of maize, Metness has also bought cattle, which increased the size of her farmland and diversified her crops to include vegetables — providing additional income and nutrition in their diet.

“Without the goats, I would have not managed to educate my children today,” Metness says. “Gift, the orphan who received the goats, has now completed twelfth grade and moved to town. He wants to be a police officer."