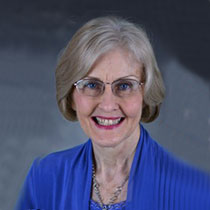 Like Jabez, our spirits have a longing for all that God has for us.


One problem with familiarity with the Scripture is that we easily miss the raw and painful edge of a familiar story. As we sit in comfortable surroundings, reading the Scripture on the elegantly-printed pages of our leather-bound Bibles, the deep reality of the situation can be lost. Things that should elicit a painful wince become just an interesting fact that we skim over.
We find such a verse in 1 Chronicles 4:9 "Jabez was more honorable than his brothers. His mother named him Jabez, saying, 'I gave birth to him in pain.' "
Pause and really think about that. Jabez literally means "sorrow-maker." Anytime his mother called him to dinner, he heard "Sorrow-maker who caused me pain, come and eat." Each time he introduced himself he was saying, "Hi, my name is Sorrow-maker. I cause pain." Think of the jokes that were made at his expense. Jabez's theme song could have been that B.B. King hit "Nobody loves me but my mother, and she could be jivin' too" (copyright Riley King 1993). Feel the shame he grew up with as he was constantly reminded that his birth brought pain and sorrow. Can you sense the heaviness of having to carry that around with you?

From this beginning point, verse 10 follows. "Jabez cried out to the God of Israel, 'Oh, that you would bless me indeed, and enlarge my territory! Let your hand be with me, and keep me from harm, so that I will be free from pain.' And God granted his request."

1 Chronicles 4:10 is a familiar verse. I have seen it printed on everything, including hubcap covers... I wish I were joking. But this is not just a nice-sounding prayer to put on a greeting card. In light of the weight that Jabez carried his whole life of being the one who causes pain and sorrow, hear this prayer rising from Jabez's spirit, the way I believe it was intended.

"Jabez cried out for help in a loud voice and pleaded, 'Please bless me, bless me! And multiply many times my territory. Give me your strength and keep me from the painful evil, so that it may not grieve me or vex me.' And God gathered and brought together what he sought and begged for."

Jabez was not a hoarder who was trying to just get more stuff from God. He was an honorable man, crying out to his Father to restore the fullness of his God-given identity that had been tainted by everyone around him, including his mother. Every time someone called his name, it chipped away at the core identity that God created in him. Jabez was crying out for God to restore what was rightfully his. And God called him honorable.

We may not have grown up in the circumstances that are as painful as Jabez, but our spirits share a similar longing for all that God has for us. Let's not settle for less, but join Jabez in crying out, Lord, bless me, expand my territory, be with me, keep me from evil, and thank you, God, for granting my requests.

Jabez, knowing his continuing need, kept calling on the name of God.

1. Bless me indeed. Do in my life unhindered everything You had in mind when You created me (Exo. 33:12b).

2. Enlarge my life. Accomplish Your perfect will, unobstructed by me. Make my character match my assignment, and show me Your glory (Exo. 33:12, 16-19).

3. Be with me. I must have the touch of Your gracious presence. Go before me, carry me through, come behind me, give me Your words, give me Your wisdom and power (Exo. 33:13-15).

4. Keep me from temptation and deliver me from evil (Matt. 6:13). Direct my steps away from all that is not of You (Ps. 119:133). Keep me in the fear of the Lord (Deut. 10:12-13) and the righteousness of Jesus Christ, and let me stand in the gap for others (Eze. 22:30). Let me not hurt others, nor their reputations, and thereby temporarily separate myself from Your pleasure (Exo. 34:6-9). I don't want to feel Your intervention against me on behalf of others when I am their accuser. All Your covenant intervention that I count on for me is available against me when I lift my hands or my words to attack others.

5. Open heaven's storehouses because I am fervently seeking You, Your presence and Your glory (Ps. 104:28). In Jesus' name, amen.

Perspective
Dr. James Merritt
Follow Us
Grow Daily with Unlimited Content
Uninterrupted Ad-Free Experience
Watch a Christian or Family Movie Every Month for Free
Early and Exclusive Access to Christian Resources
Feel the Heart of Worship with Weekly Worship Radio
Become a Member
No Thanks