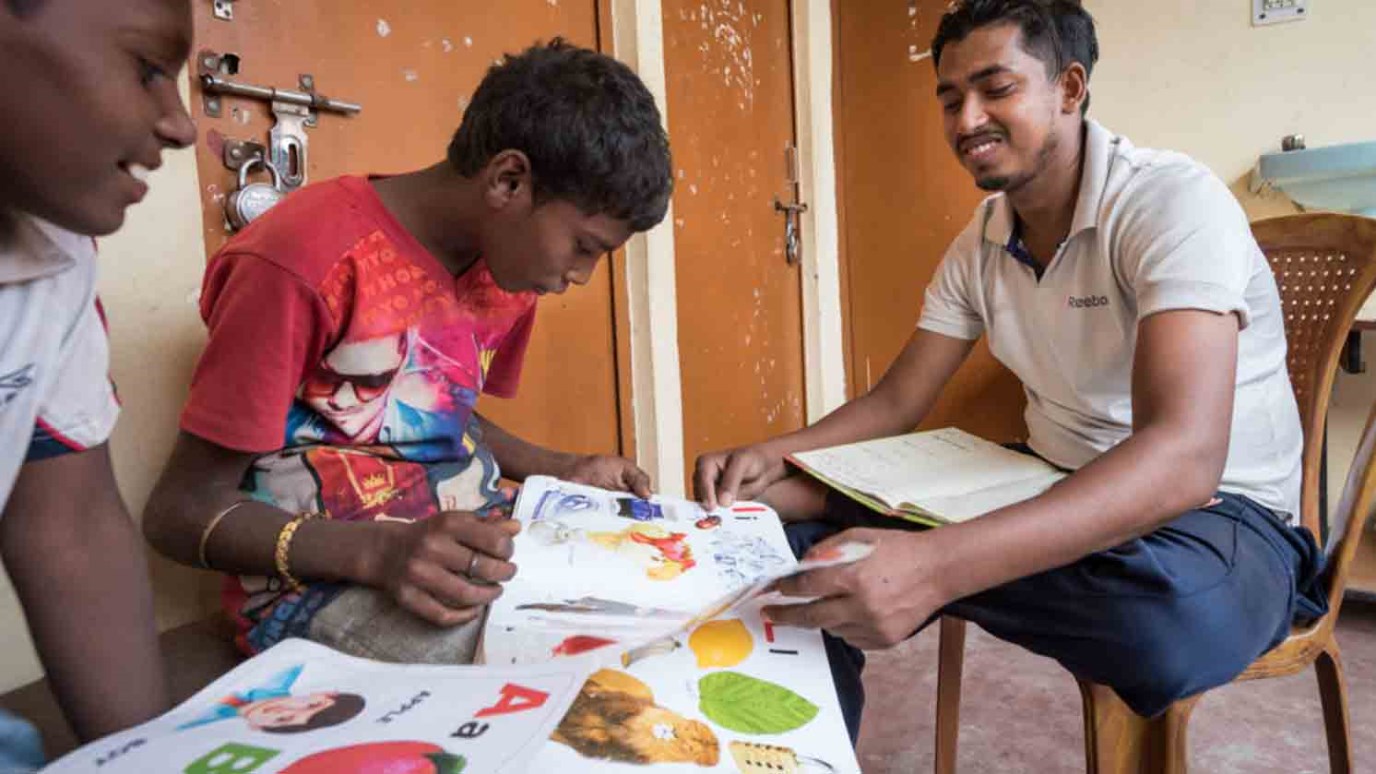 Tipu, who lives in Delhi, tutors children who aren’t in school so they can enroll.

Tipu is proud to be a leader in his community. “A train has both cars and an engine,” he says. “A lot of people say they want to be leaders, but not many do.”

A former sponsored child, he was inspired by a World Vision staff member to study social work, receiving a bachelor’s degree in 2016. He’s now working toward a master’s in social work.

Every day, he facilitates two two-hour sessions for local children. A dozen kids form a circle in the neighborhood park, and Tipu leads them in a song about good hygiene habits before playing a few games and working on soccer skills. The sessions are a hodgepodge of educational activities and games, and through it all Tipu builds trust and reinforces that he’s available for the kids whenever they need him.

Exhausted from the two kids’ sessions and his own coursework, Tipu ends the day with his six siblings. They crowd into their parents’ tailoring workshop, joking and talking over one another. Bolstered by their affection and care for each other, the tight-knit family shines their warmth outward into their community.

“We want two things for our kids,” says their father. “Character — that they be soft-spoken, behave in the proper way, and have good manners. And studying — that they will do something and stand on their own two feet.”

With World Vision’s help and encouragement, Tipu has fulfilled his father’s hopes — and he’s helping other children reach their own potential.