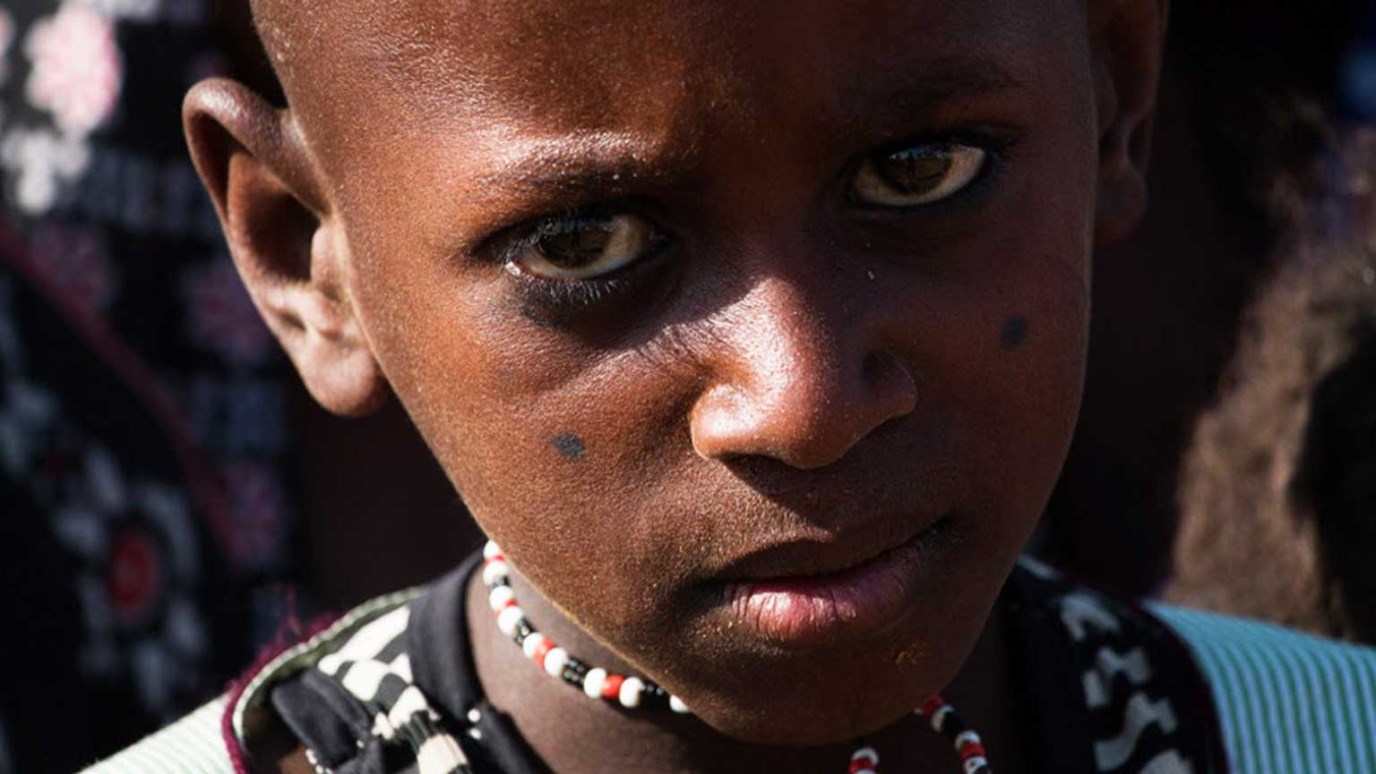 This young boy in South Sudan is a member of a group of 10,000 “Falata,” nomadic tribes that have been badly affected by conflict.

World Vision is the first aid organization to bring assistance to the Falata.

“Nobody understands who they are or has investigated their movements. The war in this country affects them, and they need help,” says Nazarene Gieth, World Vision food security and development officer.

While conducting a campaign to vaccinate 300,000 cattle owned by pastoralists, staff encountered the tribe in the Upper Nile region. Providing vaccinations for the tribes’ livestock is the first step in ensuring the Falata have a sustainable food supply and can overcome challenges presented by the ongoing conflict.

The Falata are comprised of 11 tribes, each with its own language and style of dress. They live concealed in acacia forests near the border with Sudan. They have not received aid in the past, and they have not been able to escape the conflict that has wracked the country since December 2013.

Sheikh Abdul Lai, leader of the Falata group, said two of their party were killed by armed men two days before encountering the World Vision team.

Staff helped to vaccinate the Falata’s livestock, some 10,000 cattle, sheep, and goats. Ensuring the animals are free of disease will provide a safe food supply for the tribes as they continue to migrate. Cattle are their staple food; children drink cow’s milk and adults eat the beef.