You Will Get Through This Fog 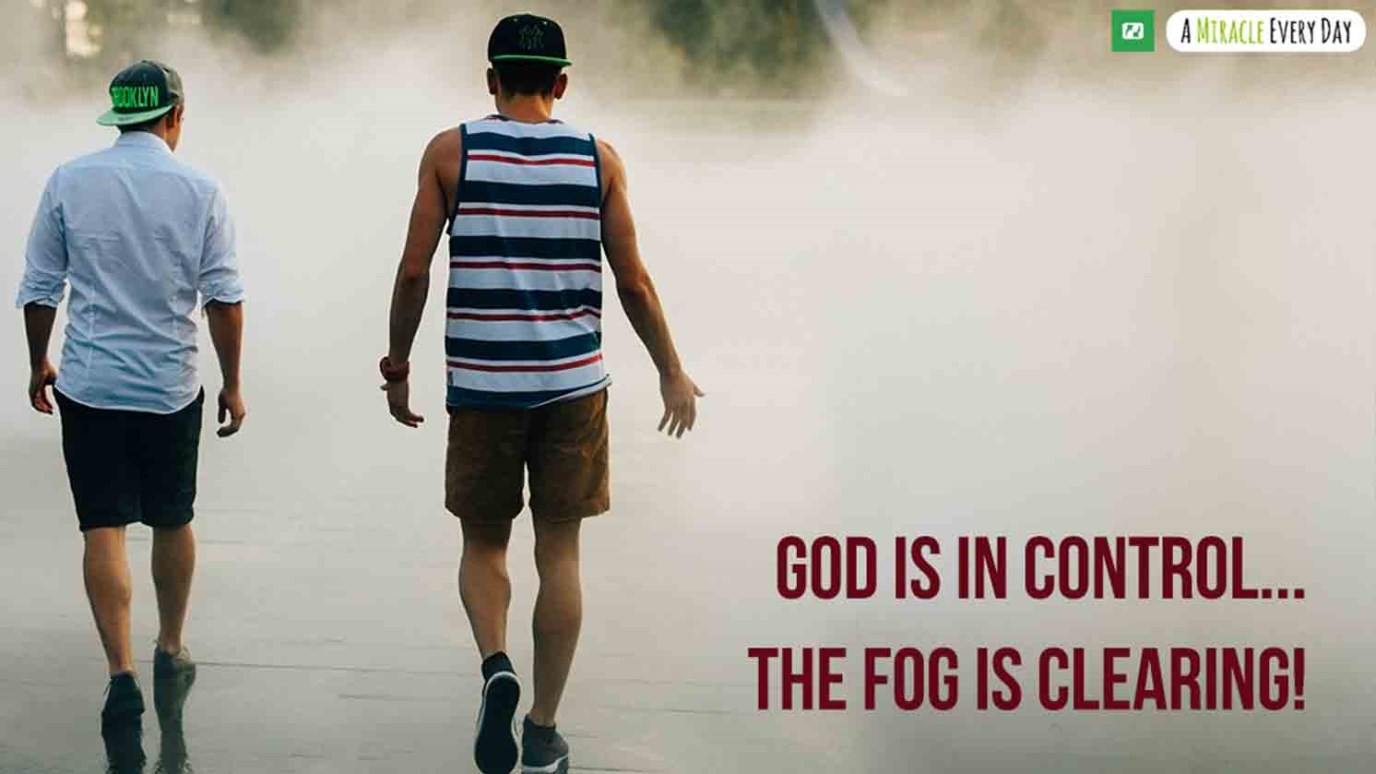 God is timeless, eternal, invincible. God does not leave you. He does not sleep. He does not change. And He will get you out of your fog.

Have you ever gone through fog? It can be unnerving, even very dangerous, if you’re driving. And it also can become depressing, especially if it lasts for several days. Perhaps this isn’t the case where you live, but in certain areas of the world such as the small islands of Saint-Pierre and Miquelon (near Canada), where one of my friends lived, the fog can last a very long time…

Fog looks like smoke, a screen that’s more or less opaque, a veil. In reality, it’s made of many extremely tiny water droplets at or near the ground that often reduce visibility to just a few feet. In all, fog is like a cloud touching the ground. You see very little or nothing at all, you have to drive more slowly.

The fog we talk about today doesn’t just have to do with weather. This veil that obscures the route, hides the future -- we all feel it at one time or another. When we’re not sure about which path to take or what’s at the end of the road. When we’re lost.

This is when the Word of God really speaks to us in a major way. It says, “And the Lord, He is the One who goes before you. He will be with you, He will not leave you nor forsake you, Do not fear nor be dismayed.” (according to Deuteronomy 31:8)

And so many more verses that remind us that God is in control, that the fog is passing and will eventually disappear.

This is only fog that will clear, but God, He is timeless, eternal, invincible. God does not leave you. He does not sleep. He does not change.

Cross through these areas of fog with Him. Cling to the Lord, to His Word. Keep going in faith, and watch the veil dissipate and the sun return once again. :-)

Worth The Investment
Dave Wyrtzen