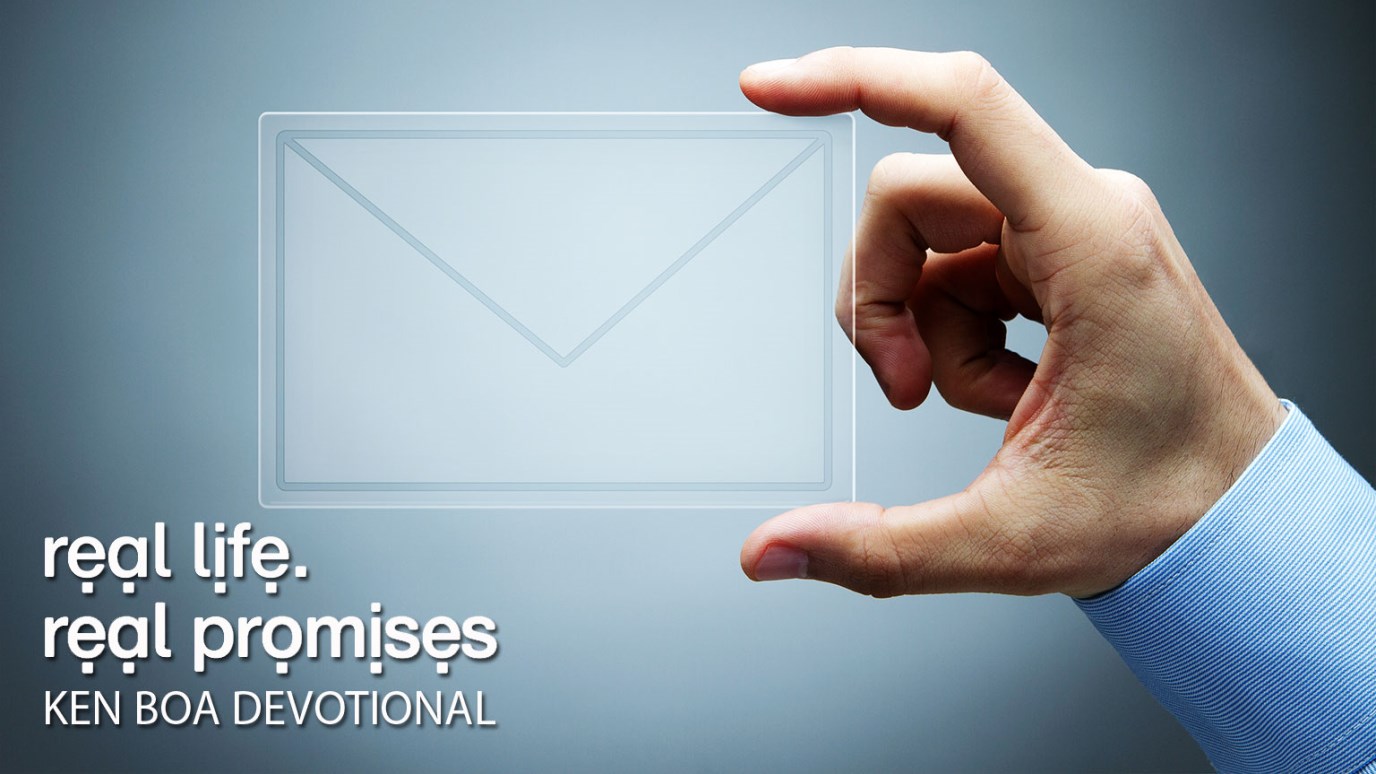 On the days when you think your future just went up in smoke, don’t believe it. Instead, check your mail. God always has been and always will be your future.

What’s the most “alone” you’ve ever been? Following a disaster, a death, a divorce, or a day when nothing went right? It happens to everyone—including God’s chosen people.

A large number of Israelites were never more alone than when they were carried away as captives to Babylon. There they were on the “other side” of the world—eating strange food, hearing a strange language, and seeing strange faces all around them. Psalm 137 describes how heartbroken they were. They hung their harps on tree branches by the Tigris and Euphrates rivers, too depressed even to sing songs of Jerusalem.

But there’s an interesting twist to this very difficult time in the life of God’s people. To keep them focused on the future, God had his prophet Jeremiah write a letter explaining how they were to conduct themselves during their exile (Jer. 29:1). In the letter, Jeremiah told the exiles how long they would be there (70 years; Jer. 29:10) and what they were to do: Build houses and plant gardens; marry and raises families, and find spouses for their children; pray for the prosperity of their captors so that they themselves would prosper (sort of a “rising water floats all boats” mentality); and finally, don’t listen to the lies of their captors.

The first few instructions were to keep them from getting bogged down and deteriorating mentally and physically. Staying active and occupied in worthwhile pursuits is always good advice in difficult time. But it was the last piece of advice that was critical: Don’t believe the lie that your God has abandoned you; he has not. At this point in the letter, Jeremiah quoted God himself: “I know the plans I have for you . . . plans to prosper you and not to harm you, plans to give you hope and a future.”

On the days when you think your future just left town on a plane, or just went up in smoke, or was just buried in the ground . . . don’t believe it. Instead, check your mail. God always has been and always will be your future. He knows the good plans he has for you, and will reveal them to you one day at a time.

God’s Promise to You: “Because I am good, my plans for your future are good as well.”

Up the Down Slope
Dr. James Merritt

How to Handle Burdens
Dr. Charles Stanley
Follow Us
Grow Daily with Unlimited Content
Uninterrupted Ad-Free Experience
Watch a Christian or Family Movie Every Month for Free
Early and Exclusive Access to Christian Resources
Feel the Heart of Worship with Weekly Worship Radio
Become a Member
No Thanks