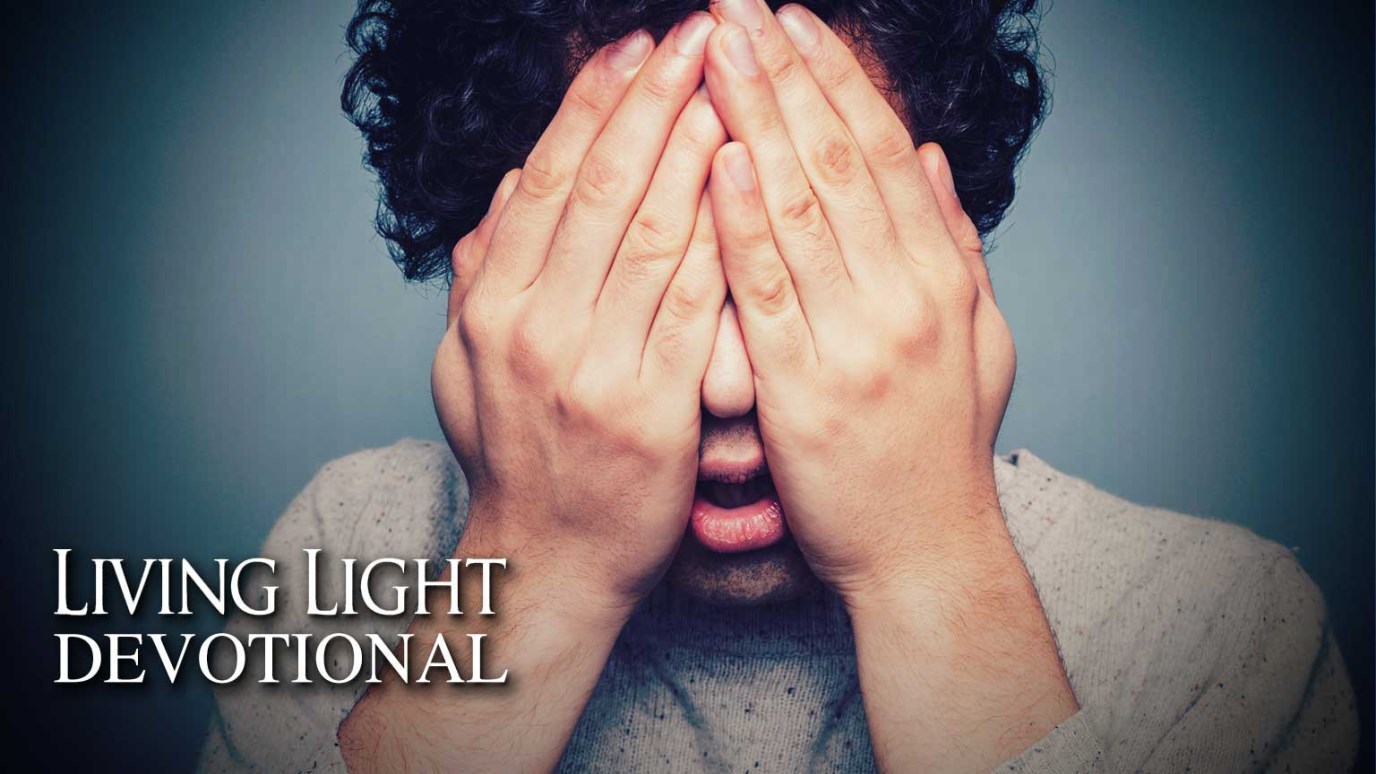 There is no need to hide in guilt and shame. Our Creator is gracious, and He bids us to come and be forgiven.

“Then the man and his wife heard the sound of the LORD God as He was walking in the Garden in the cool of the day, and they hid from the LORD God among the trees of the Garden. But the LORD God called to the man, ‘Where are you?’”  Genesis 3:8-9

It is futile to try to hide from God. But the first thing Adam and Eve did when they realized the consequences of their sin was to attempt the impossible. They ran and hid when they heard God approaching. They attempted to cover their sin and shame with flimsy fig leaves. But then God asked the ultimate rhetorical question: “Where are you?” God is omniscient…so He knew exactly where they were and what they had done. Yet He still called out to them. He sought them out when they tried to hide.

God is the foremost seeker. We hide and He seeks. We tend to think of ourselves as seeking Him. But if we do seek God, it is because He first sought us. Our natural inclination, just like Adam and Eve’s, is to hide from God. Our gut reaction is to try to cover our sin. But as Adam and Eve learned that day in the Garden, our futile attempts to hide will never work.

Why can’t we hide from God? The reasons go beyond the obvious. Of course God is all knowing and all seeing. But it goes deeper than that. God is too gracious to allow it. He would have been completely just to never approach Adam and Eve after they hid from Him. After all, He had given them clear instructions and carefully explained the consequences of disobedience. If they ate from the forbidden tree, they would “surely die” (Genesis 2:17).

They heard God. They understood. But they chose to eat it anyway. They deserved death…and they knew it. Why else would they have hidden? That could have—and should have—been the end of Adam and Eve’s relationship with God. But their Creator wouldn't have it. He went to them, fully aware of their rebellion. He called to them. He covered them. And yes, He disciplined them, but not without a promise.

For generations people continued to disobey God and to hide from Him. And God continued to call out to His rebellious creation. When the time came, God offered the ultimate invitation to come to Him. He offered His Son on the cross. In Christ sin is no longer covered over…it is taken away through faith in Him. There is no need to hide in guilt and shame. Our Creator is gracious, and He bids us to come and be forgiven.

Father, Thank You for seeking me when I was far from You. I deserved death for my sin, and yet you forgave me. Lord, help me to remember that I cannot hide anything from You. In Jesus’ Name, Amen.

Belief in the Trenches
Pete Briscoe