You Can't Get Around the Empty Tomb 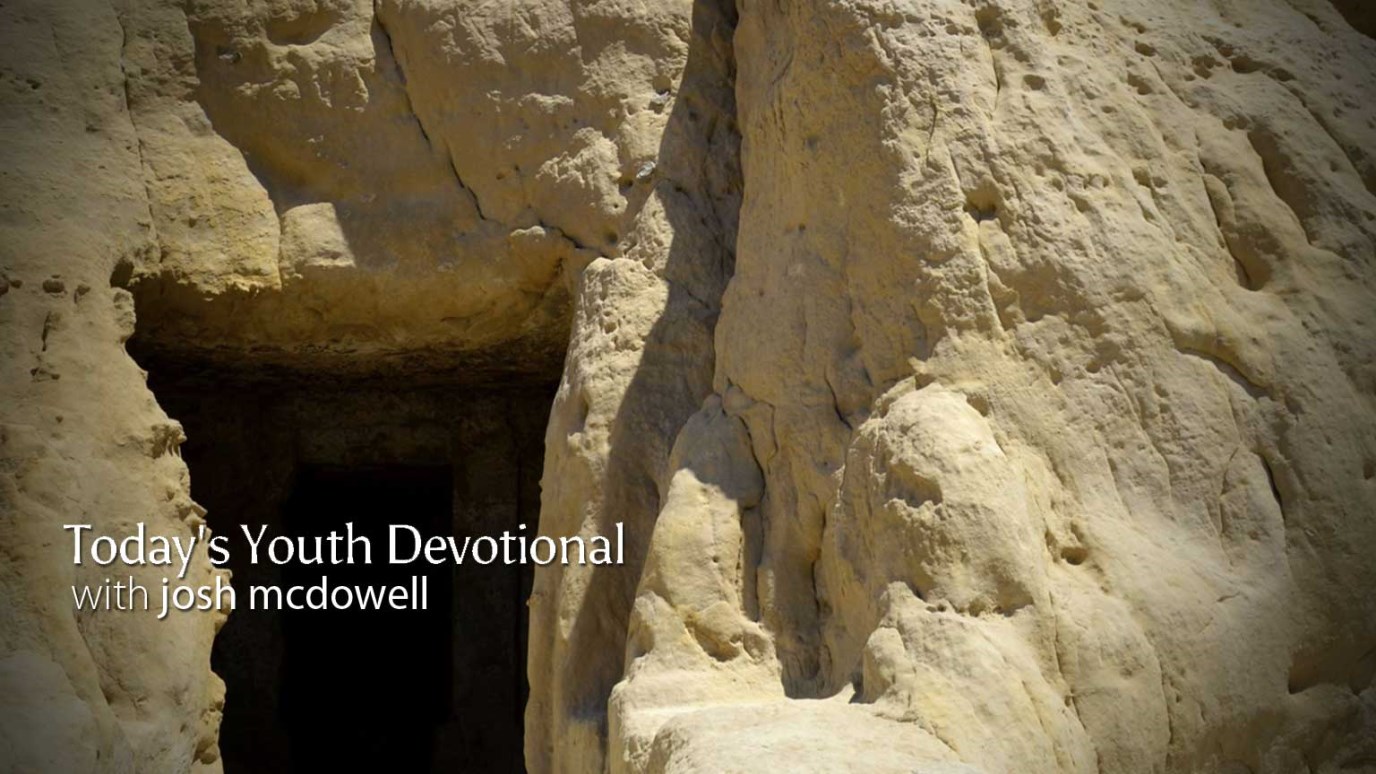 Tell God you want to live in a way that shows you believe Jesus’ resurrection is true.

During the forty days after his crucifixion, he appeared to the apostles from time to time and proved to them in many ways that he was actually alive. Acts 1:3

For forty days after his crucifixion, Jesus showed himself to his disciples to prove that he had really risen from the dead. Yet some folks argue that a fate far less miraculous befell the body of Jesus.

Some say the disciples went to the wrong tomb on Easter morning-an empty one. But if that were true, officials needed only to open up the right tomb and point to the dead body to disprove the Resurrection. That didn’t happen. Others insist that the disciples stole Christ’s body. But a handful of disciples would never have gotten by the elite Roman troops guarding the tomb. Still, others believe that Jesus didn’t really die on the cross --that he was just unconscious from exhaustion and lack of blood, then revived in the cool tomb. But had the whipped, wounded, and weakened Christ somehow been able to break out of his own tomb --a laughable theory given the size of the stone that sealed him inside-- he would hardly have looked like the conqueror of death his disciples claimed he was.

So what exactly happened after the lifeless body of Jesus was taken down from the cross? About one hundred pounds of aromatic spices mixed into a gummy or ce­ment-like substance were applied to the linen cloths wrapped around the body to form a kind of “body cast” weighing about 120 pounds.

After the body was placed in a solid-rock tomb, the historical account points out that a huge stone closed the entrance of the tomb --not just any huge stone, but one that weighed approximately one and a half to two tons. Then a Roman guard unit of sixteen highly disciplined fighting men was stationed to guard the tomb.

But three days later the tomb was empty, and the followers of Jesus claimed he had risen from the dead. They reported that he appeared to them over forty days. Paul the apostle recounted that Jesus appeared to more than five hundred of his followers at one time, most of whom were still alive and could confirm, or contest, what Paul wrote. No one can accurately say that Jesus appeared to just an insignificant few.

Christians believe Jesus was bodily resurrected by the supernatural power of God. Because of the historical evidence, it’s harder not to believe in Christ’s resurrec­tion than it is to believe.

REFLECT: That is the evidence. The verdict? Jesus Christ actually rose from the dead and he lives today. How does that affect how you live your life?

PRAY: Tell God you want to live in a way that shows you believe Jesus’ resurrection is true.

You Don't Have to Be a Doormat
Josh McDowell