You Can Reach That Impossible Goal 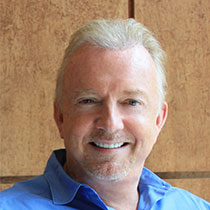 Just take one small step at a time.

Do you have a goal that you believe God would like you to achieve but it seems too big to accomplish? Remember that a key to having the faith to reach any God-given goal is to realize that obtaining it is progressive; it’s made up of lots of little steps. This means that when you break your vision down into smaller steps, you won’t be overwhelmed by a huge goal you think God is calling you to achieve. Instead, you can stay confident by only focusing on the next step within reach.

King David is the perfect example of this process. He is famous for defeating the giant warrior Goliath. Sure, David was young, but his decision to face Goliath was not based on a naivety.  It wasn’t a cocky gamble to impress the teenage girls. Nor was it a miscalculation of his opponent’s fighting weight. His confidence was the result of faith that had been progressively growing long before the day he met Goliath.

Early on in life, David had somehow gotten a vision—a vision that God would protect him from any enemies he faced. Perhaps he embraced the idea immediately, or maybe he needed convincing. We don’t know for sure. But by the time he faced Goliath, we know that he had tested the hypothesis several times. When Saul confronted David with his shortcomings as a warrior, David explained his vision and his faith to the king. Their conversation went like this:

’­Don’t be ridiculous!’ Saul replied. ‘How can a kid like you fight with a man like him? You are only a boy, and he has been in the army since he was a boy!’ But David persisted. ‘When I am taking care of my father’s sheep,’ he said, ‘and a lion or a bear comes and grabs a lamb from the flock, I go after it with a club and take the lamb from its mouth. If it turns on me, I catch it by the jaw and club it to death. I have done this to both lions and bears, and I’ll do it to this heathen Philistine too, for he has defied the armies of the living God! The Lord who saved me from the claws and teeth of the lion and the bear will save me from this Philistine!’ Saul finally consented, ‘All right, go ahead,’ he said, ’and may the Lord be with you!’ (1 Samuel 17:33-37, TLB).

Notice the progression in David’s account. First he fought lions. Then he fought bears. Then, he was ready to face Goliath. That’s the picture of growing faith to reach any goal.

Suppose you desire to be President of the United States. That’s right, you! It’s a respectable goal. But unless you’re already a seasoned Governor or Senator, it’s probably not very believable. And while you may desire it with all your heart, if you don’t also believe it, you’ll never achieve it. What you need is a reason to believe in your goal. In fact, sometimes you need a whole bunch of them. The goal may seem too big to reach, but suppose you take one small step at a time toward it?

Suppose you decide to run for President of your Neighborhood Association first. That shouldn’t be too hard, right? And after you’ve got some basic civic experience under your belt, why not go for a spot on the City Council? It will take some work, but it’s possible. And a good City Councilman would make a great candidate for County Commissioner. After that, State Representative is a legitimate next step. Again, it will be a challenge, but it’s not out of reach. Then Senator, maybe Governor. Suddenly, being President isn’t such a crazy idea after all.

When you take one little step at a time toward the dream that God has placed in your heart, you’ll look back over your shoulder and you won’t be able to believe the progress that you have made—and when you reach your goal you will know that you did it with God one baby step at a time. Don’t allow the enormity of your goal prevent you from starting toward your purpose today.

We Were Created to Work
Anne Graham Lotz

God, Where Are You Taking Me?
John Bevere
Follow Us
Grow Daily with Unlimited Content
Uninterrupted Ad-Free Experience
Watch a Christian or Family Movie Every Month for Free
Early and Exclusive Access to Christian Resources
Feel the Heart of Worship with Weekly Worship Radio
Become a Member
No Thanks