You Can Change History! 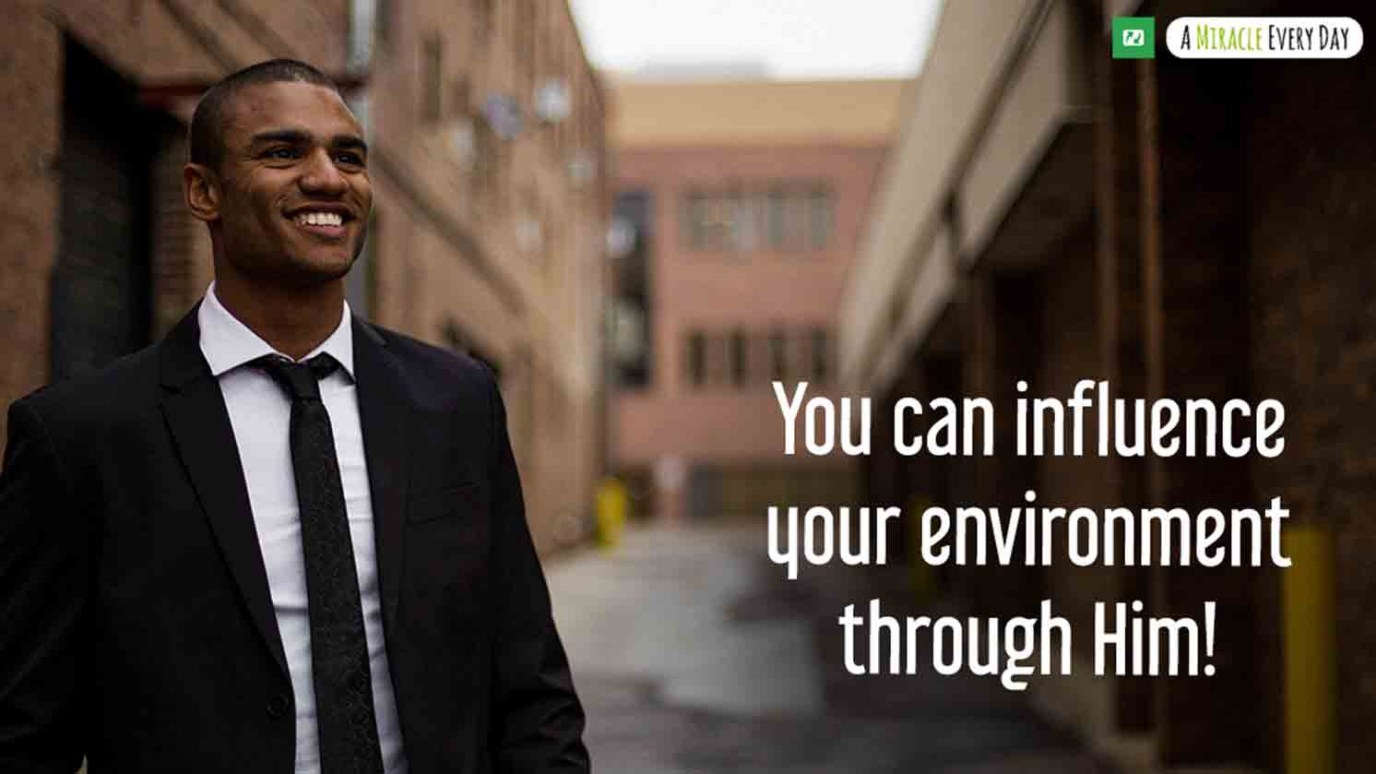 As Jesus’s disciple, your role is to allow God to influence your life so that you can exercise a positive influence on your environment, on those around you!

In the Bible, we read about people who changed their worlds. Each had a unique, positive impact on his/her environment when the cultures and contexts they found themselves in were often less than favorable.

Joseph became the prime minister of Egypt, and he wasn’t even an Egyptian. Daniel became a ruler and administrator, well known and respected for his wisdom in the court of the Babylonian king ... as a foreigner. Esther, just a simple young Jewish girl, became queen of the country where her people had been taken captive.

Here's a quote from Pastor Bill Johnson: “If the Kingdom of God does not influence how we conduct our lives within the Church, we can never expect God to empower us to influence the cultures of the world around us.”

In other words, as Jesus’s disciple, your role is to allow God to influence your own life so that you can then exercise a positive influence on your environment, on those around you! But it’s only possible through the work of the Holy Spirit in your life ... the fruit of His grace in action.

Esther, Daniel, and Joseph didn’t just change their circumstances. Through their attitudes and faith, they also influenced their contemporaries and transformed their environment ... to such an extent that they changed the course of history.

The King of glory lives in you, giving you the strength to bring life, restoration, and healing to souls ... and even to change the course of history with Him! Do you believe it?

David and the Pasture
J.D. Greear

The Trust of a Man
Dr. R.C. Sproul