You Can Be a Winner 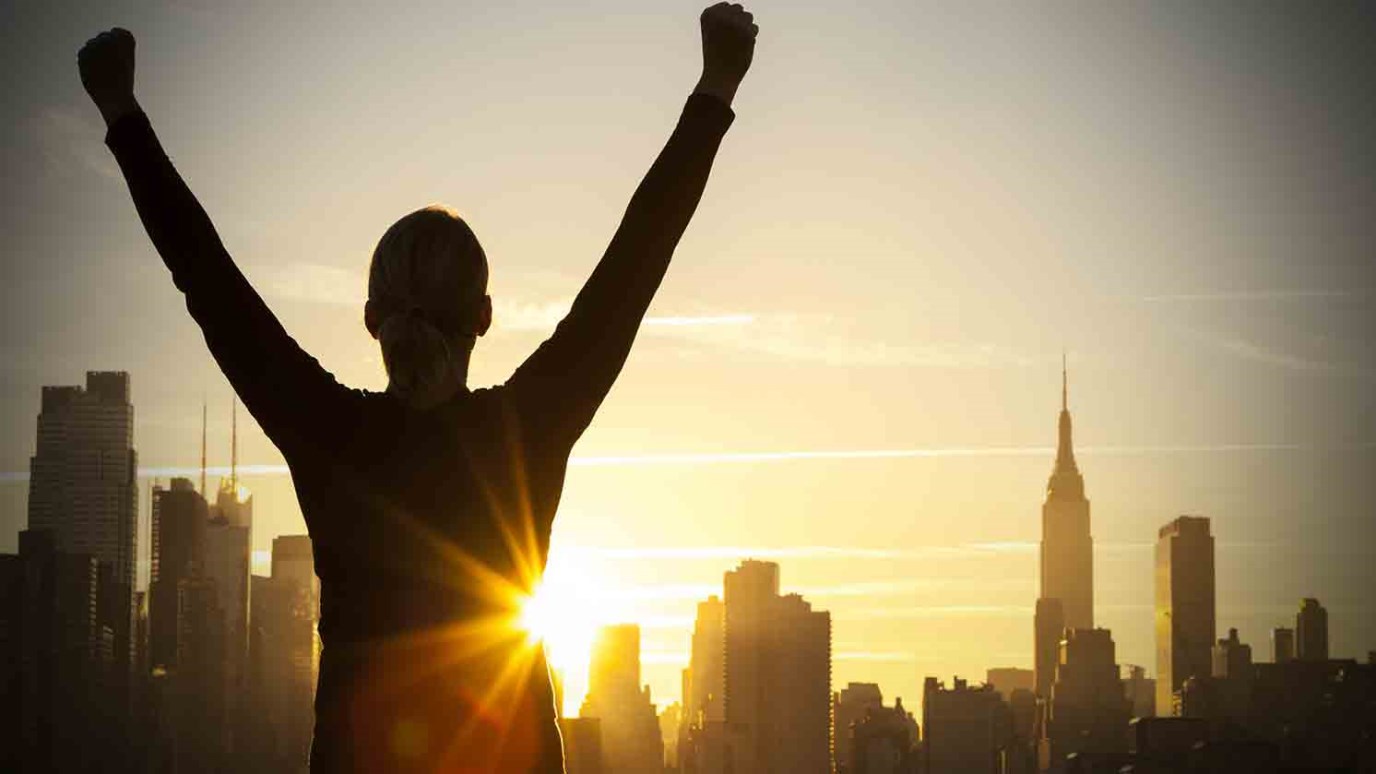 Ask Jesus to be your Savior, and He will give you supernatural power to be a winner, playing the game of life in a whole new dimension.

I love sports. One of the mementos I've saved from my childhood is a faded, slightly out of focus black and white photo of me on my first soccer team. As a boy, I dreamed of winning the championship game with a spectacular last-second goal, and of becoming an instant hero to my teammates and everyone else watching.

In sports-crazy America, so many of our heroes are athletes. We identify with successful athletes because we, too, want to be winners. I will never be a gold-medal athlete, except in my imagination. When I watch an Olympic contest or professional game on TV, like everyone else I sometimes get mad and vent my feelings after a particularly lousy play. My wife says, "Why are you shouting? You certainly couldn't do as well!" But in my mind I can play with the best of them. I'm a winner. Doesn't everybody want to be a winner? The only other options are mediocrity or failure.

In sports, however, not everybody can be a winner. Only one person or team in each competition will go home with the gold medal from the Olympics. Many others will feel like national failures, constantly reminded by sports writers and fans how they let down their country.

I'm reminded of figure skater Tonya Harding and runner Ben Johnson whose win at all costs behavior brought them national dishonor rather than the praise they desired.

That's not the way the game of life is judged, though. God's Word, the Bible, says everyone can be a winner! The Bible was written to show us how.

In several of his letters in the New Testament, part of the Bible, the great apostle Paul writes about running in a race, about competing for the prize. Life is compared to a game, and God made the rules. Rule No. 1: Love the Lord your God with all your heart, soul, mind, and strength. Rule No. 2: Love your neighbor as yourself.

Unfortunately, everyone has broken these fundamental rules repeatedly, and not just unintentionally. We all have an independent, rebellious streak, which the Bible calls sin, and sin has serious consequences. The Bible says, "The wages of sin is death" (Romans 6:23), both physical and eternal. Sin separates us from God. In other words, sin disqualifies us from God's team.

The game of life has only two teams: God's and Satan's

Whose team are you on? That's the most important question you'll ever be asked.

I am on God's team. But it's not because I'm talented or even good. I'm not. Years ago, right before becoming a teenager, I realized I was still on Satan's team and headed for trouble if I didn't switch. A man at summer camp, Frank Chandler, sat me down and said, "You know, Luis, if you die tonight and you're still on that team, you're going to hell." That night I made my decision. I said, "Yes, Lord Jesus, I want to be on Your team."

Since that day, I've spoken to millions of people in Olympic stadiums, basketball arenas, and other venues around the world, asking them to make a choice, to decide which team they want to belong to.

If you're not on God's team, you may look like a winner, but we know from the Bible that Satan ultimately loses the game of life, big time.

You can switch to God's team only on His terms. Like I said, we've all broken His rules and we are all disqualified. Many people would like to think, "OK, what's the fine? I'll pay what I owe and get back in the game on God's side."

But you and I can't pay the fine. Not with money, not by going to church, not by being religious. Remember, "The wages of sin is death." Jesus Christ paid that fine for us when He died on a Roman cross many years ago.

Jesus Christ, God's Son, never broke His own rules--He never committed a sin. So why did He die? In God's eternal plan, Jesus agreed to pay for the sins of the whole world. Every hurtful word, every evil thought, every selfish action was all laid on Jesus Christ. Because He paid the price for our sins, out of His great love for us, we can be forgiven.

God accepted His Son's death as payment for our sins. Now He offers everyone the opportunity to play on His team. The Bible says, "Everyone who calls on the name of the Lord will be saved" (Romans 10:13).

What does it mean to call on the name of the Lord? To believe that Jesus died for your sins and acknowledge that you need Him as your Savior. Jesus will forgive you. He will cleanse your heart of everything that offends God and give you supernatural power to be a winner, playing the game of life on a whole new dimension.

If the following prayer reflects your heart attitude, please pray with me:

"God, I want to be on Your team. I truly want to be a winner in the game of life. And when the game is over, I want to go to heaven to be with You. I confess that I've broken Your rules. I've often ignored Your commands, and I don't deserve to be on Your side. So Lord Jesus, please forgive me. I could never pay You back for all the sins I've committed, but You've paid for them on the cross. Come into my life, wash away all the guilt, and make me Your child. I'll obey You and play by Your rules, Lord. Thank You for coming into my life. Amen."