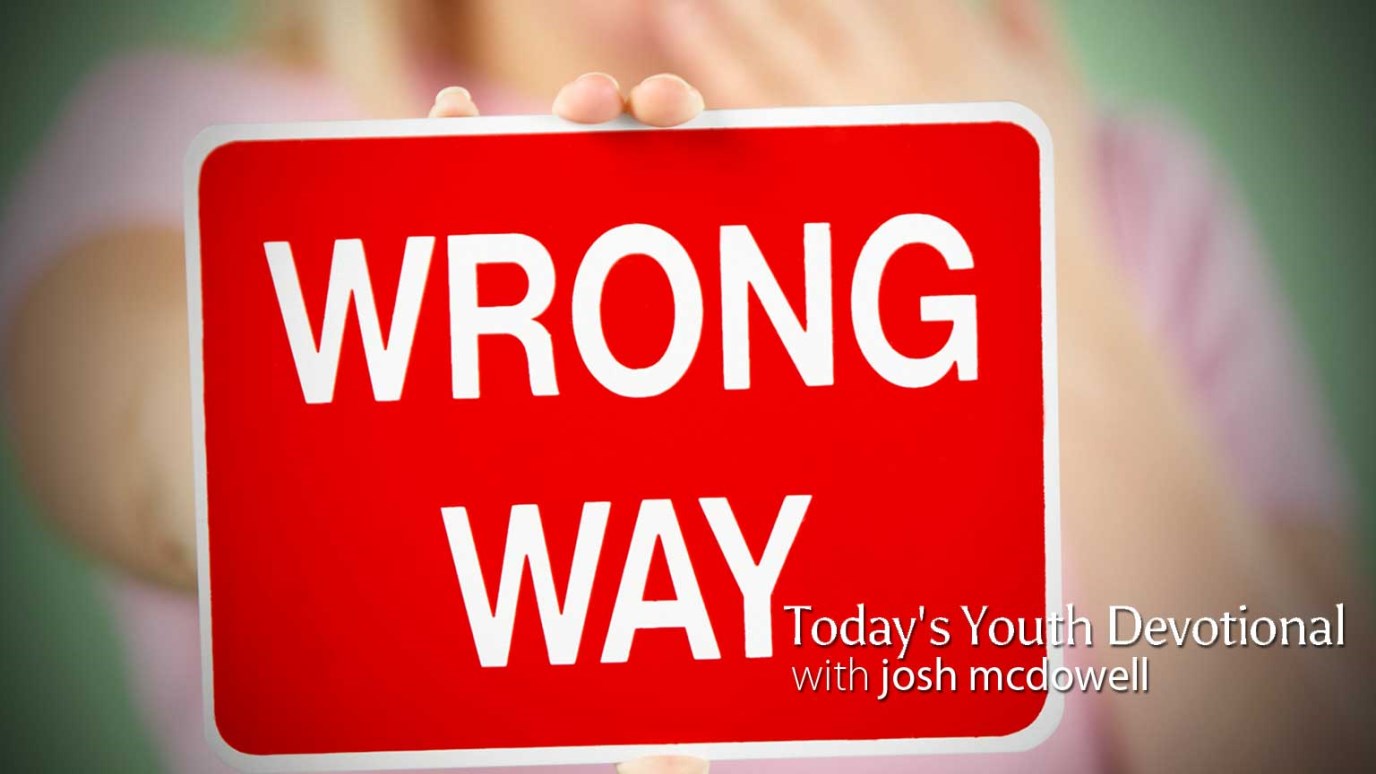 God doesn't disown you when you go the wrong way. He puts His Spirit inside you to get you going in the right direction again.

Do not be afraid, for I have ransomed you. I have called you by name; you are mine. Isaiah 43:1

University of California football player Roy Riegels made Rose Bowl history back in 1929. In the second quarter of the game, he scooped up a Georgia Tech fum­ble and headed for the end zone --the wrong end zone. He was tackled by a team­mate just before crossing the goal line. Riegels’ mistake would have earned Georgia Tech six points. Riegels’ team had to punt from their own end zone. Georgia Tech blocked the kick, resulting in a two-point safety --points that eventually won the game for Georgia Tech.

During halftime, the California players filed glumly into the dressing room. Riegels slumped in a corner, buried his face in his hands, and sobbed uncontrollably. Coach Price offered no halftime pep talk. What could he say? As the team got ready to go out for the second half, his only comment was, “Men, the same team that played the first half will start the second.”

The players started for the door, all but Roy Riegels. Coach Price walked to the corner where Riegels sat and said quietly, “Roy, didn’t you hear me?”

“Coach, I can’t do it,” Roy said dejectedly. “I have ruined you, the university, and myself. I can’t face that crowd again to save my life.”

Coach Price put his hand on the player’s shoulder. “Roy, get up and go back; the game is only half over.” Inspired by his coach’s confidence, Roy Riegels went out to play again. After the game, the Georgia Tech players commented that Riegels played harder in the second half than they had ever seen anyone play.

What you see in Coach Price is just a glimmer of God’s accepting attitude toward us. We make mistakes. Once in a while we run the wrong way. And when we stumble and fall, we make the problem worse by shrinking from God in shame. But he comes to us and says, “Get up and keep going; the game is only half over.” That’s uncondi­tional love. And as you receive and enjoy God’s unconditional love, you see more clearly that you are unconditionally lovable!

In Isaiah 43:1, God commits to love and accepts you. He says to you, “I have called you by name; you are mine.” You can personalize the verse this way: “The God of the universe has called me by name. He says I belong to him.”

God doesn’t disown you when you go the wrong way. He never says, “You blew it, so you don’t belong to me any longer.” Sure, he wants you to turn around and go the right way, and he puts his Spirit inside you to get you going again. But he never says anything but, “You belong to me; you are mine.”

REFLECT: Think of an area where you’ve blown it. What does God think of your not being perfect?

PRAY: Thank God that he still believes in you even when you blow it.

Putting on a Show
Josh McDowell

Who We Are: Anything's Possible
John Ortberg
Follow Us
Grow Daily with Unlimited Content
Uninterrupted Ad-Free Experience
Watch a Christian or Family Movie Every Month for Free
Early and Exclusive Access to Christian Resources
Feel the Heart of Worship with Weekly Worship Radio
Become a Member
No Thanks