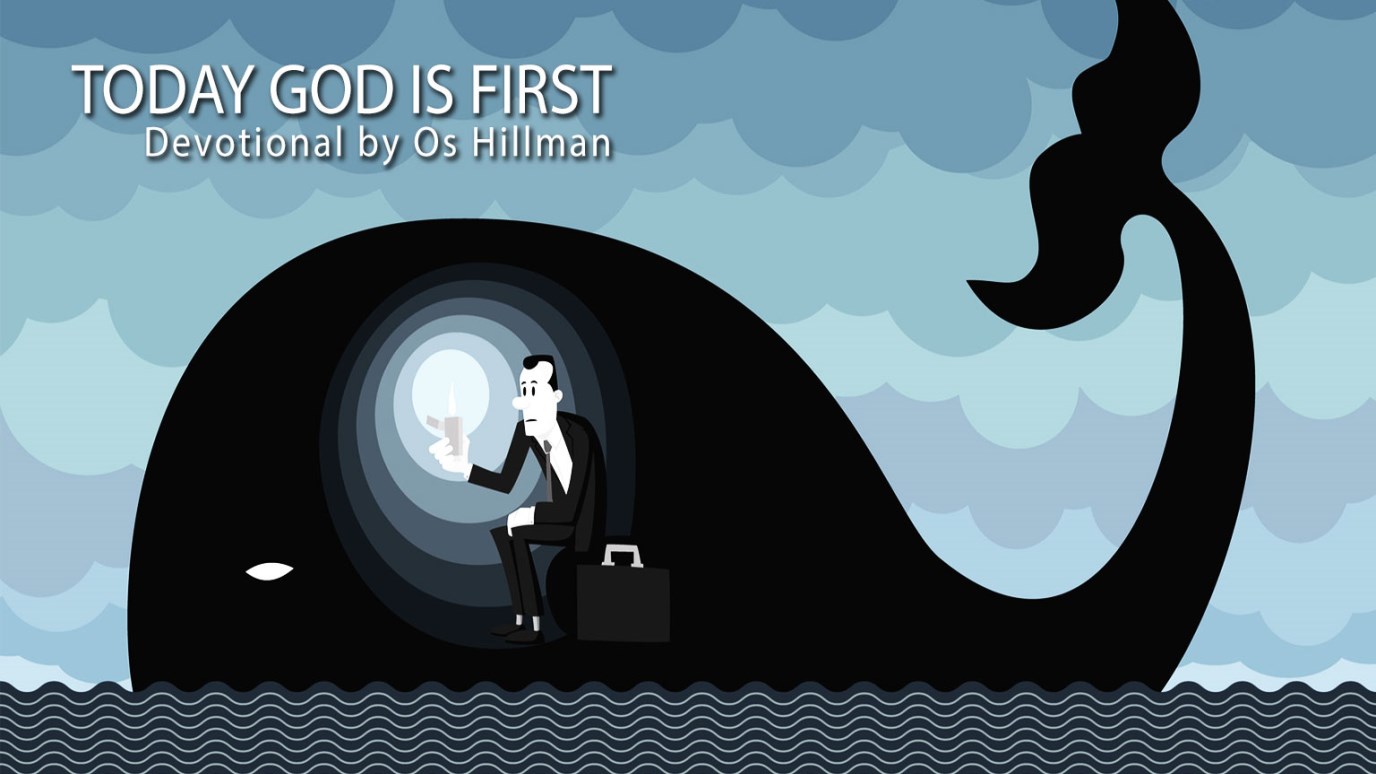 Have you ever been so willful that you were going to go your own way no matter what God said?

Those who cling to worthless idols forfeit the grace that could be theirs (Jonah 2:8).

Have you ever exercised your will over the will of God? Have you ever been so willful that you were going to go your own way no matter what God said? If so, you have been at the same place as the prophet Jonah. God called Jonah to deliver a message to God's people as a warning. Jonah flatly refused. It was Jonah's will over God's. Guess who won?

Talk about willpower; Jonah had it! In fact, he was so rebellious toward God's will that he got on a ship to go the opposite direction. But he couldn't go far enough. The omnipotence of God caught up with Jonah, and he was hurled overboard when the seas became rough and the ship's crew figured Jonah was the source of their problems. Overboard he went and into the belly of that big fish.

God has a way of getting us to rethink our decisions, to reconsider our position. In fact, we see the extent of Jonah's willfulness by the amount of time he was willing to hang out in the belly of that fish—three full days. Then, Jonah decides enough is enough! Obedience is better than this fish belly and seaweed.

From inside the fish, Jonah prayed to the Lord his God.

He said: "In my distress I called to the Lord, and He answered me. From the depths of the grave I called for help, and You listened to my cry. You hurled me into the deep, into the very heart of the seas, and the currents swirled about me; all Your waves and breakers swept over me. I said, 'I have been banished from Your sight; yet I will look again toward Your holy temple.' The engulfing waters threatened me, the deep surrounded me; seaweed was wrapped around my head. To the roots of the mountains I sank down; the earth beneath barred me in forever. But You brought my life up from the pit, O Lord my God. When my life was ebbing away, I remembered You, Lord, and my prayer rose to You, to Your holy temple. Those who cling to worthless idols forfeit the grace that could be theirs. But I, with a song of thanksgiving, will sacrifice to You. What I have vowed I will make good. Salvation comes from the Lord." And the Lord commanded the fish, and it vomited Jonah onto dry land. Then the word of the Lord came to Jonah a second time: "Go to the great city of Nineveh and proclaim to it the message I give you." Jonah obeyed the word of the Lord and went to Nineveh (Jonah 2:2-3:3a).

But this story's primary message is for every believer. And I can identify with Jonah. There's been many a man placed in the "belly of the fish" to encourage him to fulfill the purposes of God for which He called him. Jonah's situation changed immediately upon his obedience. Obedience is a mysterious thing. Jesus had to learn it through the things He suffered (see Heb. 5:8). If Jesus had to learn obedience through suffering, what does that mean for you and me? Sometimes willing obedience requires encouragement.