Women Stand Up Together! 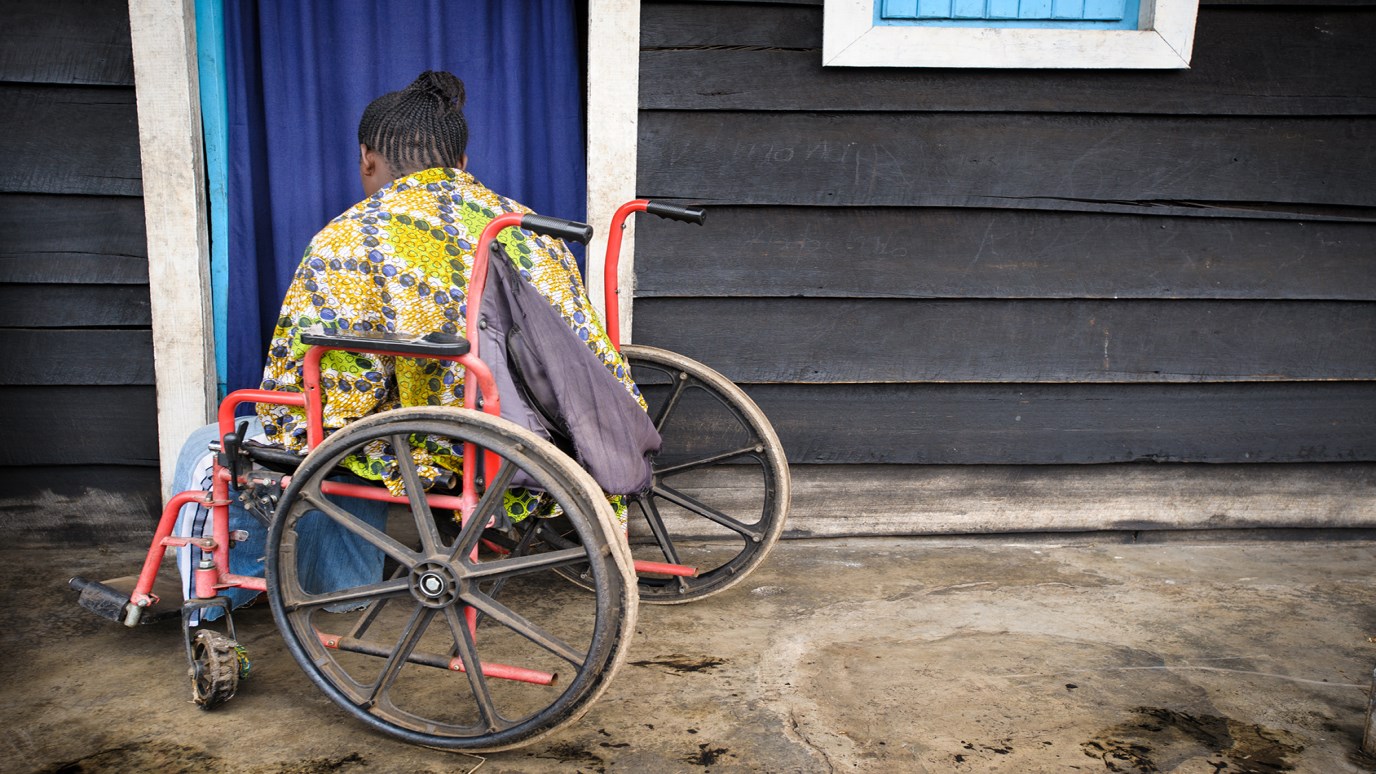 God can use you to bring His healing to the life of someone around you. Who is God calling you to stand with today?

When Jesus saw their faith, he said to the paralytic, “Son, your sins are forgiven.” (Mark 2:5)

The statistics don’t begin to tell the real story of what is going on in the Democratic Republic of the Congo (DRC). Even when we hear that a thousand women are raped every day or that 1.7 million people have fled their homes to escape the fighting, the numbers fail to communicate the daily horrors experienced by ordinary Congolese women like Marie*.

Sixteen-year-old Marie sits in a wheelchair, paralyzed from the waist down. In an attack that killed both her parents, she was left for dead by a group of men who assaulted her with knives. Her sister struggled to get Marie to a village where there was a doctor, but they had no access to private cars or ambulances, and because of Marie’s wounds, the bus drivers would not allow them on board. Finally a passing truck let them ride in the back, but when the truck broke down, the sisters were stranded on the side of the road. Time and again, efforts to get Marie to a doctor failed. When, after several days, Marie finally did see a doctor, the damage to her body was beyond repair. The two sisters now live together at the Wamama Simameni Safe House in Buhimba.

Mark 2 tells the story of another paralytic and his friends’ valiant efforts to transport him to someone who could heal his broken body. Like Marie’s sister, they too had trouble getting him to the One who could make him walk. The crowds were so large that the men couldn’t bring their friend into the house where Jesus was preaching. But undeterred, they made an opening in the roof and lowered the paralytic down to the place where Jesus was standing. When Jesus saw not the paralytic’s faith but the faith of his friends, He said to the young man lying on the mat, “Son, your sins are forgiven.”

The Wamama Simameni Safe House is a bright light of hope and healing in an otherwise very dark place. The name means “Women Stand Up Together,” and that is exactly what is happening in this compound where victims of war have gathered to support and encourage one another. Marie’s sister is one of the very few women who has not been physically assaulted, yet she refuses to leave. Her presence there is a powerful statement to Marie and the other victims that they will not be abandoned. Like the four men who refused to desert their paralyzed friend but with great effort took him to the true Source of healing, Marie’s sister is willing to “stand up together” with the women of Wamama Simameni.

Who is God calling you to stand with today? Who can you, by your presence in that person’s life, encourage and support? Remember how the influence of his friends changed the outcome of the paralytic’s life. Who can you influence? Who can you take to the Healer?