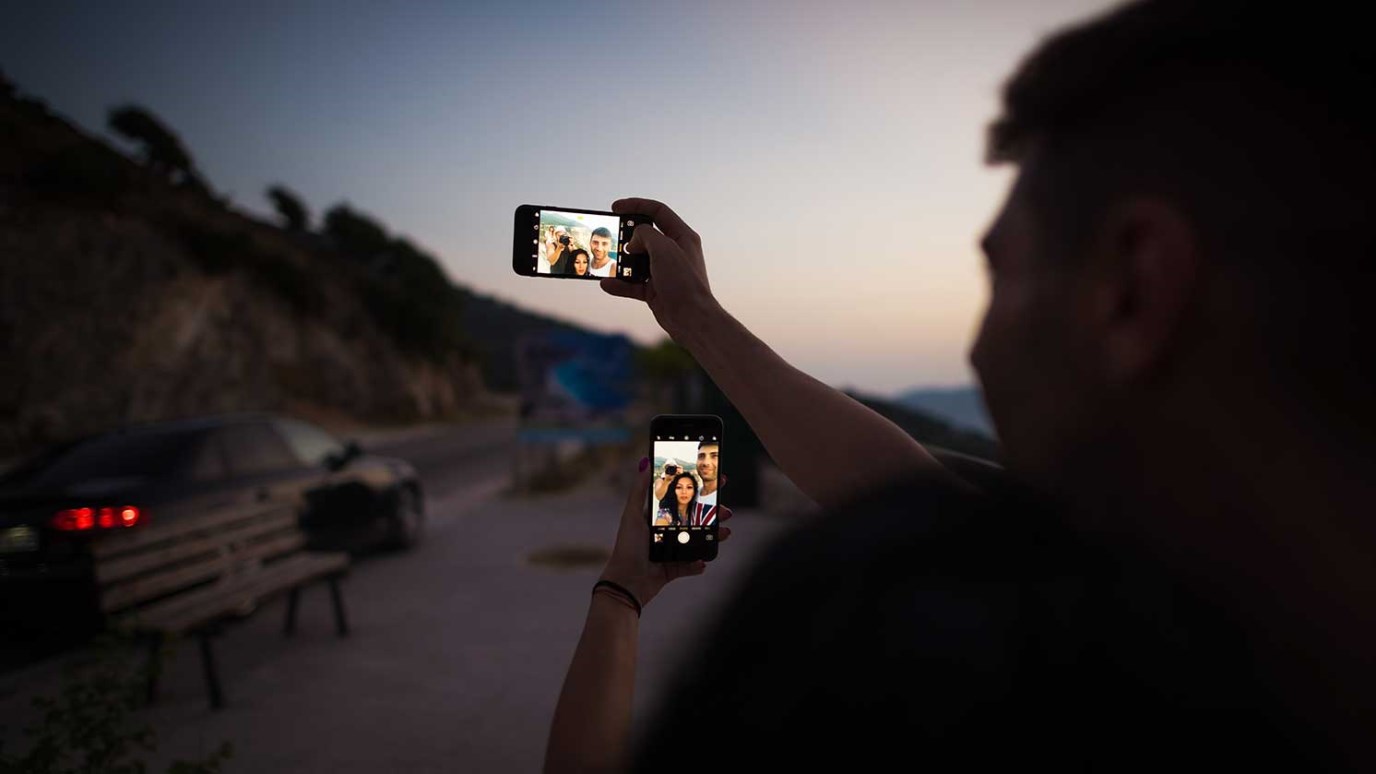 Many of the married men I interviewed mentioned how much they appreciated having intimate visual memories of their own wives that they could think about to replace the other images that tried to bombard them every day.

Dear Shaunti:
I read your book, For Women Only, and one thing you said scared me. You explained how men can’t not notice a woman with a good figure, but that many men try to look away so they don’t start lusting after every hot chick they see. Since I read that, whenever we’re walking around in public, I’ve been much more aware of what is “out there.” And now I realize there are provocative images everywhere. I can actually tell my husband is trying to fight the urge to look. You say guys have a mental Rolodex of images they’ve seen, so now I’m also worrying what my husband is really thinking about when we’re intimate.

There’s got to be something I can do to help him, and to help me not freak out about this, but I don’t know what. I don’t want to be paranoid. Help me, before I insist on our family moving to an Amish homestead.

Yes, unfortunately, there’s plenty to look at. I realized the other day that the girls in the mall weren’t wearing jeans shorts. They were wearing denim underwear, artfully designed so their butt would hang out. Oy.

It would be easy to get paranoid, but honestly … it sounds like you have a good man there. I explained in the book how the male brain gets activated by those sights, and how easy it is for a guy to want to drink in those images and store them all up in his mental photo files to think about later. (We used to call it a mental Rolodex, but then we realized that anyone under the age of 30 had no idea what a Rolodex was!) I’m glad you notice that your husband is fighting that urge and trying to look away. Whenever you start to freak out, realize this one thing: in fighting his urge to look, he is trying to honor you.

You ask what you can do, and there is an action you can take that will help make the fight a little less fearsome for your husband. It is something that would be easy to get self-conscious about, but many of the married men I interviewed mentioned how much they appreciated having intimate visual memories of their own wives that they could think about to replace the other images that tried to bombard them every day.

At one of the conferences I spoke at, several women approached me afterwards to tell me a story about this. They had done my For Women Only DVD study, and had become accountability partners to encourage each other to live out what they had learned in the study.

One woman — who seemed like a bit of a shy, reserved type — said that not too long after she finished the study, her husband came home from some long trips for his consulting job and told her that he was really struggling with his thought life because of the revealing ways in which some of the women at his consulting site had been dressing. At first, his wife got mad at him, but then she realized that his honesty was his way of asking for help and trying to honor her.

When she asked her friends what she should do, one of them responded, “Pray for him … and fill up his Rolodex, girl!”

She realized that since she was naturally more reserved, she had probably not been giving her husband a lot of intimate images of her to fill his mind; images he could remember, to help him divert his attention from others when he was feeling tempted. She realized that she didn’t have to go over the top, but that even leaving a muted light on in the bedroom, so he could see her when they were intimate, was a way she could both affirm him for honoring her and help him do so.

So let me suggest that you try the same thing. I know that might be scary at first, but this wife told me that she eventually began to enjoy filling her husband’s Rolodex. I hope you find the same thing happening. Don’t do anything that feels wrong, but just try to overcome your natural self-consciousness enough to give this gift to your visual husband.

Plus, the more you come to enjoy it, the more he will, too!

Opposites May Attract But They Also Must Accept
Great Commandment

Men Are From Mars ...
Dr. Ed Young
Follow Us
Grow Daily with Unlimited Content
Uninterrupted Ad-Free Experience
Watch a Christian or Family Movie Every Month for Free
Early and Exclusive Access to Christian Resources
Feel the Heart of Worship with Weekly Worship Radio
Become a Member
No Thanks