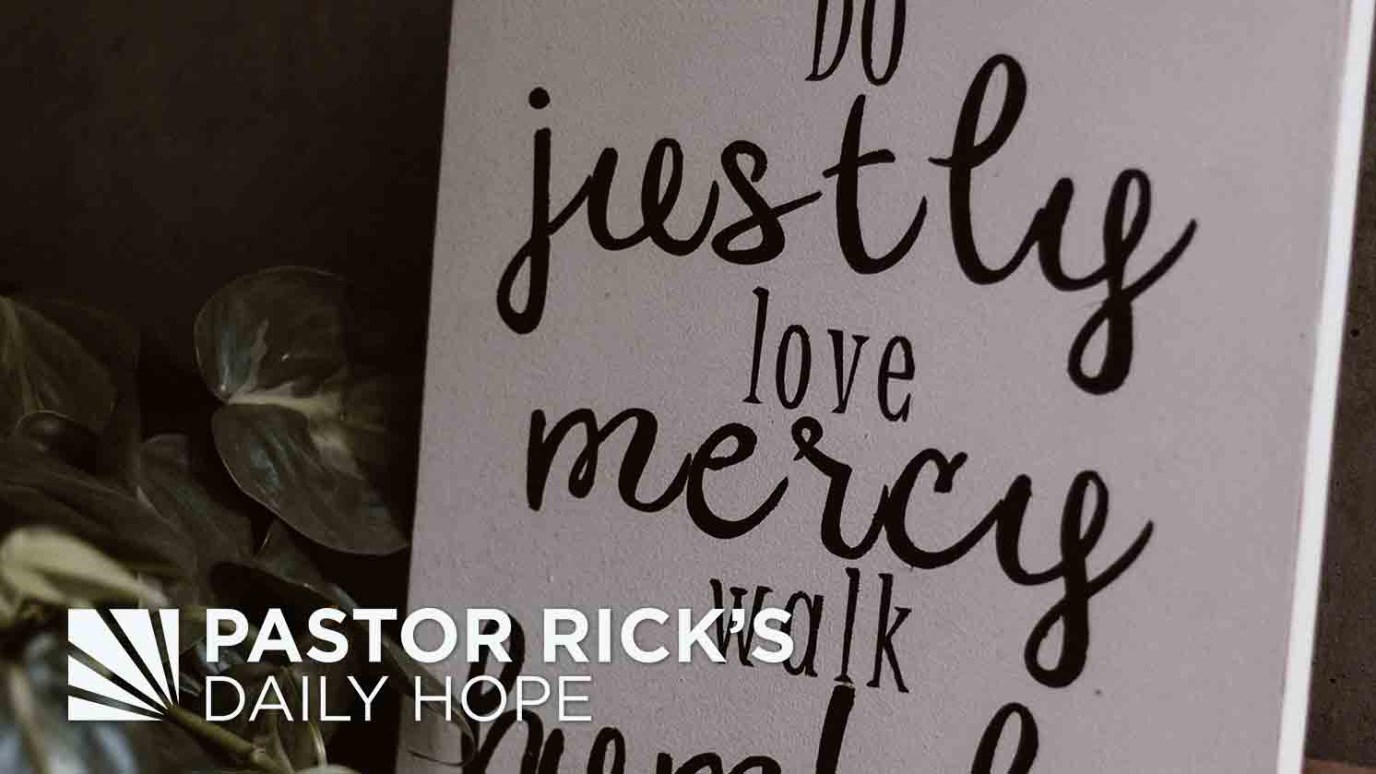 “Love forgets mistakes; nagging about them parts the best of friends.” (Proverbs 17:9, TLB)

God is both the wisest and most merciful being in the universe. Everything you have in life -- even your next breath -- is a gift from him. If we got what we deserved, we wouldn’t be alive. Yet God gives us exactly what we need, not what we deserve. He’s full of mercy.

In the same way, wise people give others what they need, not what they deserve. Wise people don’t emphasize other’s mistakes; instead, wise people are merciful. They cut people slack -- because they know God cuts them slack all the time.

I saw a beautiful example of this in Mike, a man who had been on the Saddleback facilities staff for many years. I ran into him on the day he and his wife, Sally, celebrated their 50th wedding anniversary. Sally was getting ready to drive off, so I walked over to her car to congratulate her. I asked her, “What is the secret of a 50-year marriage?” She looked at me and said, “Pastor, I never tried to change him.”

After she drove off, I walked over to Mike and said, “Mike, what’s the secret to 50 years of marriage?” He said, “I never tried to change her.”

Through 50 years of marriage Sally and Mike surely had seen each other fumble and fail many times. But, instead of foolishly judging, they chose, as Proverbs 17:9 says, to forget each other’s mistakes. They wisely showed mercy over and over again.

Today, tomorrow, and the next day, choose to show mercy to the people around you. Living a wise life that’s full of mercy will pay great dividends for you in the long run.

When did someone show you mercy rather giving you what you deserved? What effect did that have on your life?

Where do you see evidence of God’s mercy in your life?

In what relationship have you been judgmental instead of merciful? What’s one practical way you can offer mercy to that person today?

God Takes Your Problem and Makes It His
Pastor Rick Warren