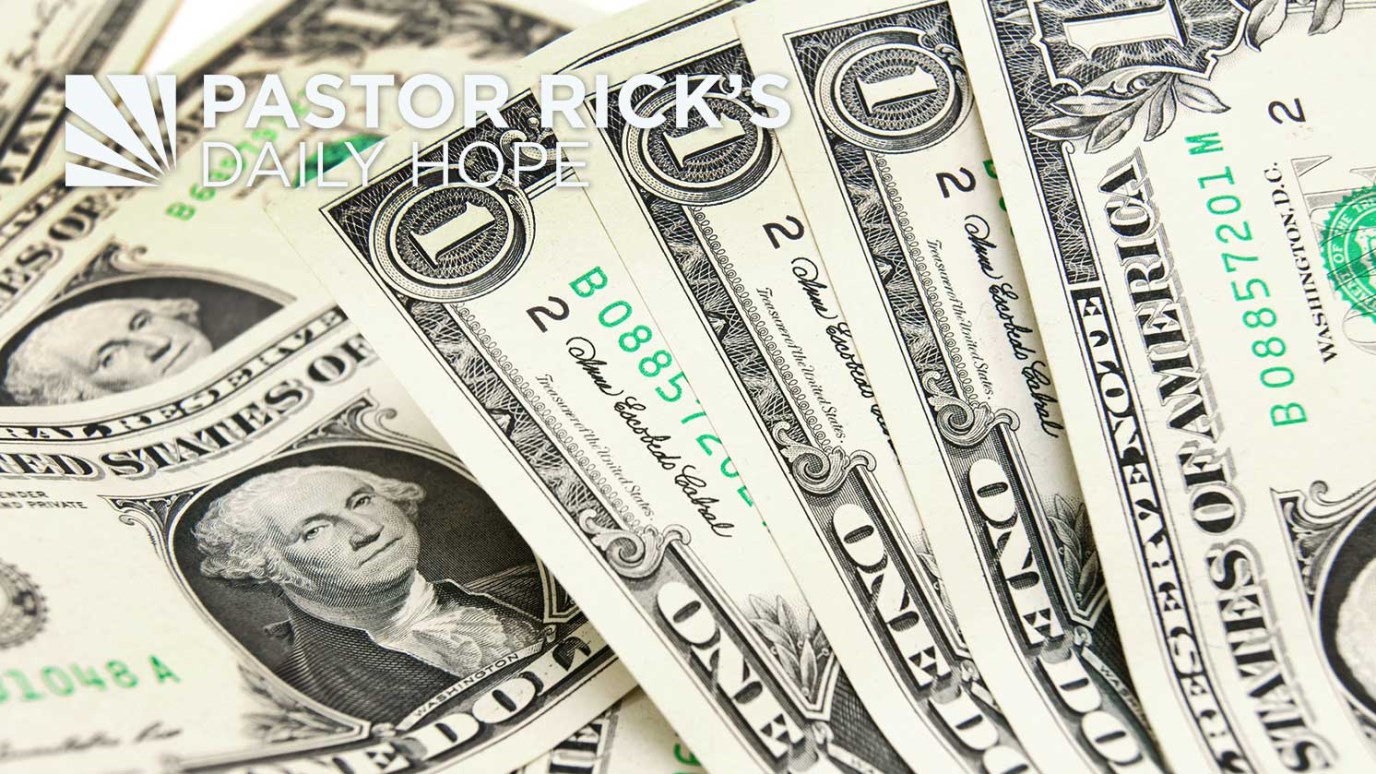 Money is a tool to be used for God’s purposes. Use temporary resources—what God has put in your hands—for permanent good.

“The wise man looks ahead. The fool attempts to fool himself and won’t face facts.” (Proverbs 14:8 TLB)

In the story of the dishonest but shrewd manager in Luke 16:1-13, Jesus made him the hero of the story. The manager knew he was going to be fired, so he decided to make some friends by lowering the debts owed to his master.

What did Jesus like about this guy? He’s dishonest, but he did three things right, and they are lessons God wants you to learn and apply to your finances.

1. The manager looked ahead.

Proverbs 14:8 says, “The wise man looks ahead. The fool attempts to fool himself and won’t face facts” (TLB).

2. The manager made a plan.

How do you know if you’ve got a financial plan? It’s real simple: Do you have a budget? A budget is simply planned spending. A budget is telling your money where you want it to go rather than wondering where it went. You’ve got to have a plan.

The Bible says in Proverbs 16:9, “We should make plans — counting on God to direct us.”

Luke 16:4 says, “I know how to ensure that I’ll have plenty of friends who will give me a home when I am fired” (NLT).

Jesus is not commending the manager’s dishonesty but his attitude, which says, “I’m going to think ahead. I’m going to make a plan. And I’m going to invest in relationships that will benefit others and me in the future.”

That’s smart! And Jesus wants you to do the same when it comes to your finances. Are you spending your treasure here on Earth or looking ahead and storing up treasure in Heaven?

What facts do you need to face up to in your finances?

How do you need to start planning for the future when it comes to your finances? What do you want to accomplish in the future with your money?

In what ways have you procrastinated when it comes to taking steps to managing your finances and saving for the future? What can you do today to move forward in these areas?