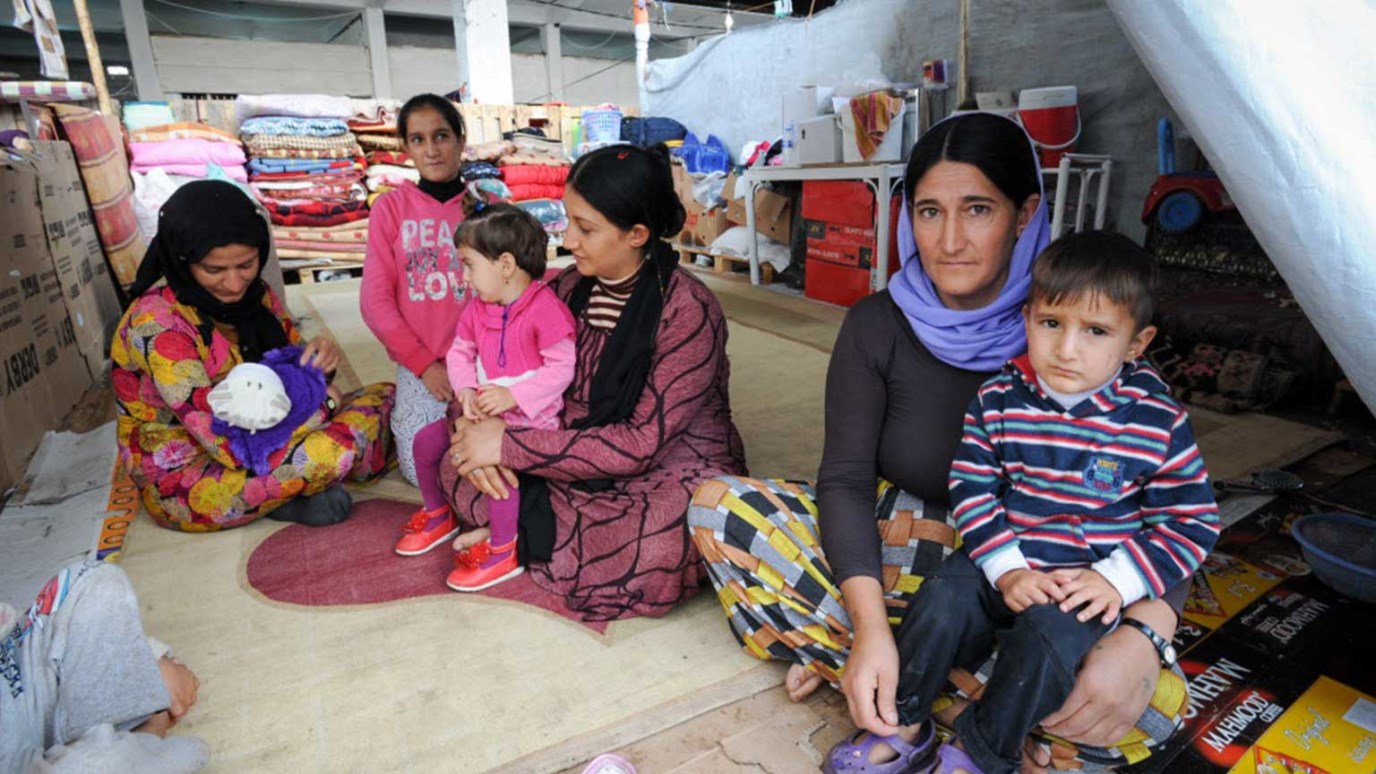 Many families that fled conflict in Iraq need the basics to survive a cold winter in mountainous areas.

“We don’t need anything else…but please, just help us for winter,” a grandmother pleads.

Wadha and her family are living in the open, with only some plastic sheets, cardboard, and wooden pallets to protect them.

Her eldest son, Majdi,* 20, and daughter-in-law, Amina,* 18, welcomed their first child a few weeks ago.

They have not yet named the infant girl. In a place where life is fragile, the family patiently waits because naming is contingent on survival, which for this baby is anything but guaranteed.

After fleeing the Sinjar district in Iraq’s Nineveh Province last August, the family — among them two pregnant women and an 80-year-old uncle — walked slowly but steadily for 15 days.

“I left with nothing,” says Majdi. “Only a bottle of water, and this shirt,” he says, tugging on the button of a worn dress shirt.

Their uncle, Barakat, 80, is the only member of his immediate family to reach safety. “Thirteen of my family [members] were taken,” he says. He is elderly and leans on a cane. His children and grandchildren are missing, captured, or killed by militants. He nods toward three girls standing nearby. They are his nieces: Amira*, 10, Ahlia*, 3, and Aziza*, 2.

“Their mother is with [militants]. Their father is dead. They killed him,” he says. “We are alone now.”

Since arriving in Dohuk, in Kurdish northern Iraq, they have eked out an existence, relying on the generosity of others, including local authorities who have provided them with bread and clothing.

Please pray for families living in fear and want.