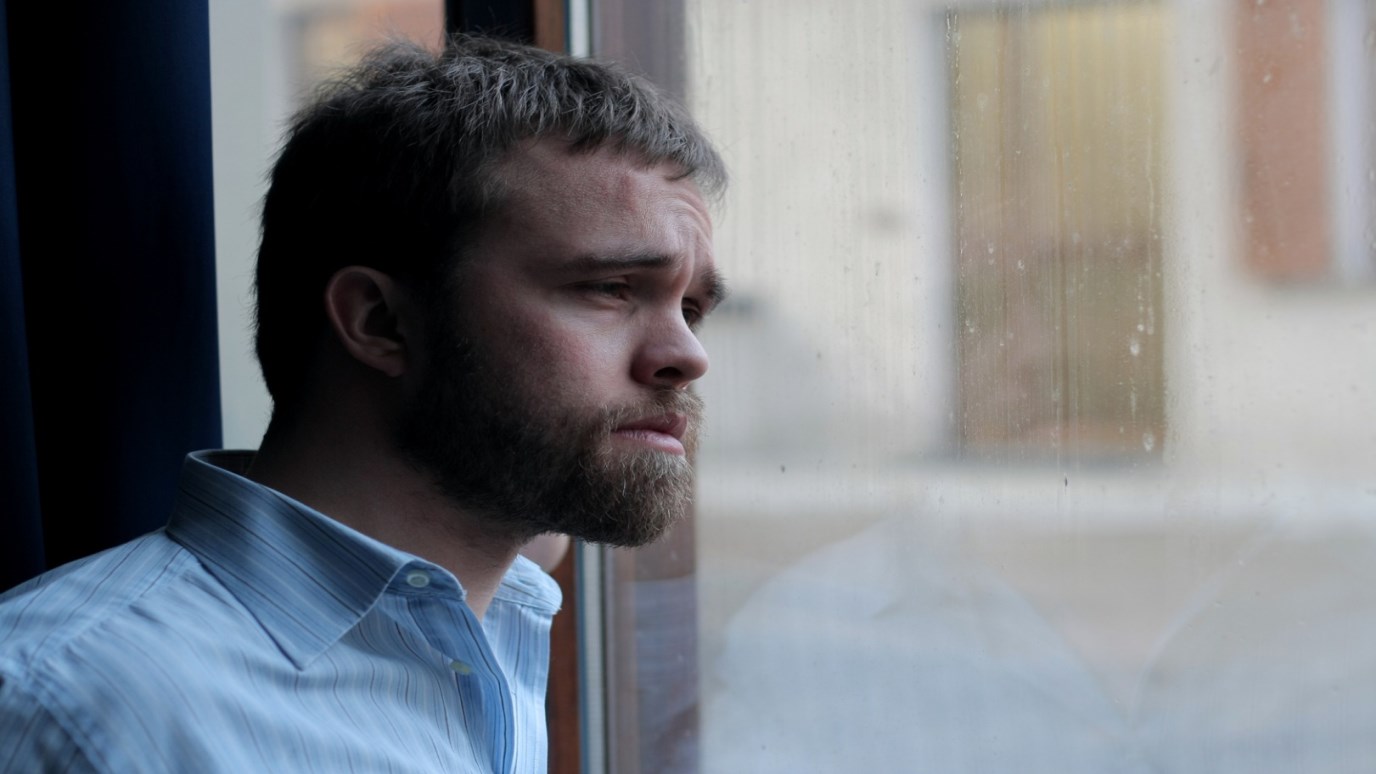 Taking forbidden shortcuts to escape prolonged difficulty or suffering is never the answer to our dilemmas.

From the mundane to the profound moments of our lives—from waiting on traffic lights and elevators to the end of suffering or the fulfillment of dreams—life gives us no choice but to wait. Yet patience is becoming a rare quality in today’s world. How often do we complain when something doesn’t happen on the schedule we have in mind, or when some unforeseen obstacle prevents us from moving forward?

For those of us who call upon the name of Jesus, patience is a characteristic we should cultivate. No one is born with it—just look at a newborn baby! Rather, patience is spiritual fruit, which is developed over time (Gal. 5:22-23). Without it, we’ll never become the people God desires us to be or achieve what He’s planned for us to do.

Patience is essential for every aspect of life.

Delays. God wants us to respond with calm acceptance to moments and seasons of waiting, while trusting in His sovereignty over every situation. Though the delay may seem annoying and senseless, the Lord uses these times to mature us. One of the first lessons a young child learns is how to wait. And our displays of irritation and anger are really just adult versions of childish tantrums. Each time you feel impatience rise up in your heart, remember that this is an opportunity to choose a mature response instead of acting like a spiritual toddler.

Desires. The ability to postpone gratification is an important aspect of patience. The Lord wants us to follow biblical principles for living and align our desires with His. The next time you’re tempted to go for immediate gratification, stop and ask the Lord what He wants for you. Then wait until He gives clear direction.

Relationships. One of the words the Bible uses to describe patience is longsuffering, and sometimes that’s exactly what it takes when dealing with others. We’d like to find a verse that exempts us from having to put up with difficult people, but there isn’t one. However, there is a great description of love in 1 Corinthians 13:4-7, and it begins like this: “Love is patient.” An integral part of love is showing forbearance toward others. Whenever you’re tempted to respond with irritation or anger, just remember all the times the Lord has patiently loved you.

Hardships. Most of our unwanted delays are trivial, but sometimes they involve events of tremendous significance. How do you respond when a medical condition shows no sign of improvement, a relationship remains strained, or unemployment continues? One sign of spiritual maturity is the ability to calmly abide under stress, hardship, or suffering. This doesn’t necessarily mean we feel less pressure, but in the midst of the difficulty, we know God is working for our good—stretching our faith and molding us into the likeness of His Son. It’s not hopeless resignation, but firm faith in the Lord’s good purpose for allowing the trial.

Prayer. God rarely works according to our timetable. In desperation, we may even give Him deadlines, and if He doesn’t come through when we expect Him to, we take matters into our own hands. I wonder how many times we miss God’s blessings because we refuse to wait for Him. Whenever He delays, remember that He’s always faithful and will provide for us in the best possible way at the perfect time.

Perhaps the easiest way to understand patience is to see it demonstrated in someone’s life.

David was a man who learned to wait. When he was just a teenager, the Lord chose him to be the next king of Israel (1 Sam. 16:13). But when King Saul became jealous and tried to kill him (1 Sam. 19:10), David was forced to live as a fugitive, running for his life. Although God had promised him the kingdom, he spent many years hiding in the wilderness.

During this time, David encountered two opportunities to take matters into his own hands. Saul and his army followed a lead that placed David in the region of Engedi. At one point, Saul chose a cave as a place to relieve himself, not realizing that David and his men happened to be hiding in the inner recesses of that very cave. This looked like the perfect occasion for David to kill Saul and take over the kingdom. In fact, his men thought it was the Lord’s way of finally bringing David to the throne. So he sneaked up to Saul but simply cut off the edge of his robe, later explaining to his men that he couldn’t kill the Lord’s anointed king. When Saul finally left the cave, David called out  to him and displayed the robe’s edge as evidence that he was still loyal (1 Sam. 24:1-22).

The second occasion is recorded in 1 Samuel 26:1-25. This time David and one of his men actually entered Saul’s camp as he and his army slept. Once more, it looked as though God had handed David his enemy, but once again, the younger man refused to take Saul’s life. Instead, he took only the king’s spear and water jug. After leaving the camp, David called to the commander of Saul’s army, showed the two articles he’d taken, and reprimanded him for not adequately guarding his king.

David patiently waited for God through years of unfair treatment, misunderstanding, exile, and discomfort. What character traits enabled him to respond with such amazing longsuffering and endurance?

Faith. David knew that God would give him the kingdom, even when he saw no evidence to support his belief. If the Lord instantly provided us with everything He promises, there would be no reason to walk by faith. When His timing doesn’t match our expectations, we have a choice: Will we step ahead and rely on ourselves, or will we wait for Him? David chose to trust God’s timing rather than his own, regardless of the con- sequences. He may not have understood why he had to wait, but he knew the Lord would fulfill His promise in due time.

Sensitivity. God is always faithful to correct us when we jump ahead of His will, but the question is, Are we paying attention? The more closely we walk with the Lord, the better we can hear His voice and slow down to keep in step with Him.

Wisdom. When a pathway out of their renegade lifestyle presented itself, David’s men saw it as an open door from the Lord. But David looked beyond the circumstance into the heart of God. He could discern that their advice did not align with the Lord’s will. How could he selfishly take a life in order to further his own? When we look at situations from a biblical perspective, wisdom guards our path and keeps us from many foolish choices.

Obedience. To kill the anointed king of Israel would be a sin, and David was deter- mined to obey the Lord’s commands, even if it meant that his fugitive lifestyle would continue. The path of obedience is not always easy. In fact, it can be quite costly. To say yes to God could very well mean you have to say no to what you want.

Courage. Waiting for the Lord’s timing takes courage, especially when it affects those who are close to you. When David decided to wait upon the Lord, his men had to suffer the consequences along with him. It meant they would have to continue running and hiding from Saul. You can be sure they were all tired of living as outlaws. But instead of opting for a quick fix, David had the strength and courage to take a stand for God’s way and, in the process, protected his men from making a tragic mistake.

Perseverance. David was willing to endure persecution and mistreatment for as long as the Lord deemed necessary. Knowing that God was in control of the length and intensity of his trial—and that He was working according to His good purpose— the future king chose to stay in a difficult situation instead of opting for the easy way out. Taking forbidden shortcuts to escape prolonged difficulty or suffering is never the answer to our dilemmas. The only way to receive the full benefits God has for us is to trust Him through the delay and wait patiently for Him to act on our behalf.

Forbearance. Perhaps the most surprising example of patience was David’s forbearance toward Saul, the one who was mistreating him. He didn’t take revenge, but instead approached him with love and respect. Maybe you have a “Saul” in your life who is causing you difficulty. Ask the Lord to give you a forbearing spirit like David’s so that you can see the person’s value and treat him or her with honor.

The benefits of developing patience are numerous. It enriches your relationships, transforms your character, brings peace and joy even in irritating or trying situations, and equips you to effectively serve Christ. I’m sure David couldn’t see all that God was doing in his life during his long wait, but you can be sure of this: David would not be remembered with honor as the renowned king of Israel if he’d taken the fast route to the throne.

Trust God when He puts you in the waiting room. He knows what He’s doing.

Learn to Be Patient
Dr. Bill Bright
Follow Us
Grow Daily with Unlimited Content
Uninterrupted Ad-Free Experience
Watch a Christian or Family Movie Every Month for Free
Early and Exclusive Access to Christian Resources
Feel the Heart of Worship with Weekly Worship Radio
Become a Member
No Thanks