Why We Don’t Care About Syria 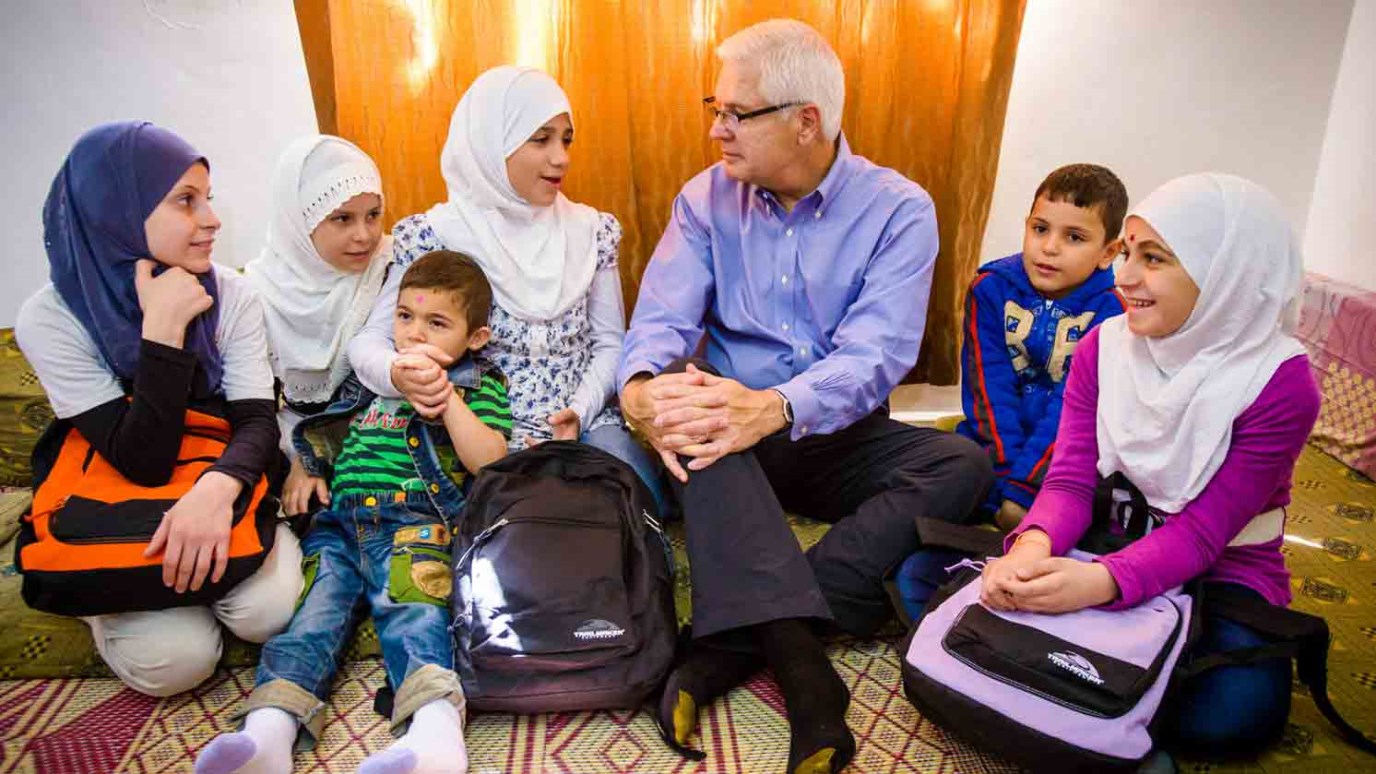 Children have an ability to speak truths that many adults may prefer to keep quiet about. That’s why Haya’s words hit home.

“We fear you are forgetting us.” This is what Haya, a 10-year-old Syrian refugee who lost her father, told me last week. I was visiting refugees in the Jordanian city of Irbid and spent time with a group of children attending a school supported by World Vision.

Children have an ability to speak truths that many adults may prefer to keep quiet about. That’s why Haya’s words hit home. She said, “I am talking on behalf of Syrian children, calling on you — the people of the world. Have you ever thought of the children of Syria?”

I’m afraid that Haya exposed a painful truth, one for which she and other Syrian children have suffered the consequences. Our media has mostly covered, and our leaders have mostly focused on, the battlefield of Syria’s civil war and its international diplomatic intrigue. We have forgotten the many innocent victims of the war in Syria, more than half of whom are children like Haya.

There are millions of refugees who have fled the fighting in Syria and left the country, and millions more who are displaced internally. Their homes have been bombed out, fighting in their cities made it impossible to live, or in some cases, armed men showed up and announced it was time to leave or die. They left with nothing, and they only have what humanitarian agencies and host communities have provided. It isn’t much.

As I discovered on my visit, the winter is as cold as many places in America and so a single blanket is an essential gift as winter approaches. Humanitarian organizations are doing everything we can to help, but our resources are thin in part because the world’s attention lies elsewhere.

This compares to other disasters where a flood of compassion allowed us to respond in force. After the earthquake in Haiti, humanitarian agencies were on the scene within hours, and Americans responded with hundreds of millions of dollars in generous donations. This helped to save lives from the very start. The challenges were immense, but so was our compassion.

But our lack of response to Syria is equally dramatic. Donations are just trickling in. The challenges in Syria and surrounding countries are even greater, yet we have been hesitant to extend compassion.

There are explanations for why this crisis has failed to capture our sympathy. It didn’t have a sudden cataclysmic, easy-to-see event, like an earthquake or tsunami, to capture attention.

Fighting seems to be everywhere and the security situation is one of the most difficult in the world, changing on a daily or even hourly basis in some places. It isn’t always clear — at least when following the media — who is victim and who is aggressor in the conflict.

In addition, after long wars in the Middle East and an often-unstable political situation across the region, we can feel that part of the world is hopelessly complex. After so much American time, money, and effort, little progress seems to have been made from a political perspective. It can feel as though taking any action is fruitless. There is the additional hurdle that after all our efforts in the region, the Western world is still often seen as a part of the problem rather than part of the solution.

I understand these concerns. But that doesn’t mean we can’t or shouldn’t help. There are real, innocent victims — more than half of them children — in this crisis, and they are suffering terribly.

Haya came from an average, middle class family, not much different than an American lifestyle. Her father, before he was killed, was a businessman who traveled frequently. She told me, “I want to go back to Syria. I loved my father so much.”

In her grief, Haya sang me a song. “We, the children, want things to be better again. We want to get back to our country and rebuild it.” Now though, Haya faces winter coming with only one blanket to share between her and her sister.

Millions of children, like Haya, have fled from their homes in Syria in order to survive. They are in desperate need of our compassion, and we shouldn’t overlook them simply because the cause of their suffering is complex, in the Middle East, hard to understand, and difficult to solve. In fact, things may even grow worse if the conflict lasts long and millions of refugees are stranded in foreign countries without a chance for a decent future.

Americans are quick and generous with their compassion in moments of need. Please don’t forget Haya. From the barren edges in Jordan, she’s pleading with all of us to help.