Why Should I Get Married? 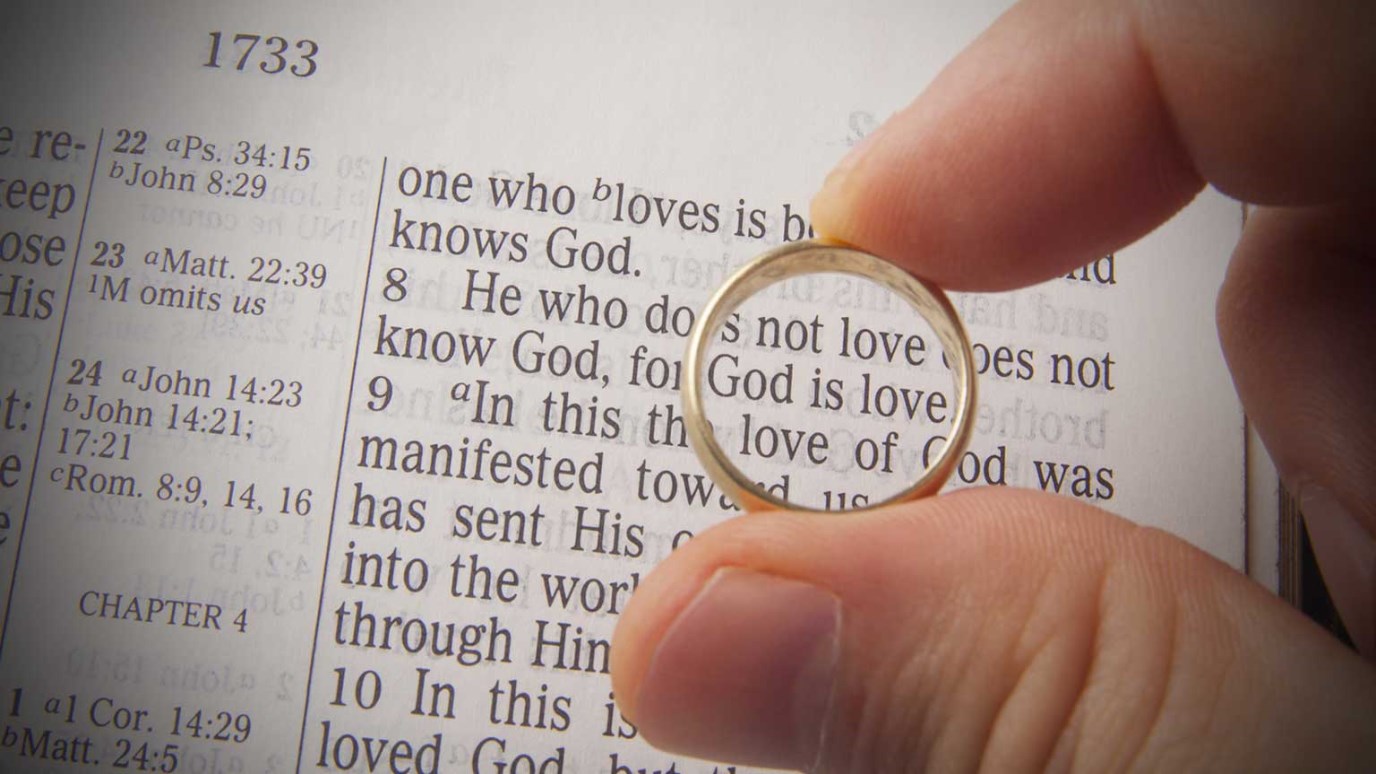 Marriage today is often mocked as an archaic institution that has lost its relevance. So what is marriage? Has it become outdated?

Question: "Why should I get married?"

Answer: Our culture is losing the understanding of what marriage was designed to be. We live in a world that says we should get what we want any way we can get it. Marriage is often seen as confinement that may hamper our ability to have what we want when we want it. Every marriage gag involving a ball and chain furthers that attitude. Marriage today is often mocked as an archaic institution that has lost its relevance.

So what is marriage? Has it become outdated? It is important to realize first of all that marriage is not a man-made concept. When God created the first man in His own image (Genesis 2:7), He gave that man everything he needed to be content. Yet, God said, "It is not good for man to be alone. I will make a helper suitable for him" (Genesis 2:18). So God created a woman from Adam's side and brought her to the man. The first marriage occurred when God created a woman to complement the needs of the man so that, when joined in covenant, they become one flesh. The idea of "one flesh" implies an unbreakable seal meant to last a lifetime. When Jesus was asked about divorce, He answered, "For this reason a man will leave his father and mother and be united to his wife, and the two will become one flesh...So they are no longer two, but one flesh. Therefore what God has joined together, let no one separate” (Matthew 19:5-6). Notice that it is God who joins a man and woman in marriage. In Malachi 2:14, God reminds us that He was "a witness between you and the wife of your youth." God takes marriage very seriously.

Marriage was the first institution God created. It preceded the establishment of either church or government. Marriage was the first social institution. Human beings are designed to function best when they are connected in healthy ways to others, and God's plan for marriage is to establish strong families. The Bible contains much instruction for family members in how they should treat each other so that those emotional needs are met (Ephesians 5: 21-33; 6:1-4; Colossians 3:18-21; 1 Corinthians 7:2-5, 10-16). God designed marriage as one man and one woman for a lifetime, and any deviation from that plan is a distortion of His intent (Matthew 19:8; Romans 1:26-27).

First Corinthians 7:1-2 gives us the best reason for marrying: “It is good for a man not to have sexual relations with a woman. But since sexual immorality is occurring, each man should have sexual relations with his own wife, and each woman with her own husband." God designed sex to be enjoyed only within the boundaries of marriage. Any sexual activity outside those boundaries is sin (Galatians 5:19; Colossians 3:5). If a person has a strong sex drive, it is usually a good idea to marry in order to minimize lust and avoid immorality (James 1:13-15). Engaging in sexual activity with someone other than one’s own spouse is sin and leads to heartache and disaster (Proverbs 6:26-29; 1 Corinthians 6:18).

However, there is no command in Scripture that everyone must be married. In fact, the apostle Paul favored singleness as a way to devote more time to serving God (1 Corinthians 7:7-9, 32-35). There are some who do not feel the need to be married, and there is nothing wrong with that. Single people can have fulfilling lives and find emotional support through friends, family, and ministry opportunities. However, our society has begun to equate singleness with sexual immorality, and that is very wrong. Paul's promotion of singleness was so that a person could devote his or her full attention to the things of Christ. Singleness should never be used as an excuse to live in sexual sin. But if a single person can control his or her passions and live a morally pure life, there is no need to feel pressured to marry (1 Corinthians 7:37).

But What About the Real You?
Revive Our Hearts

Love Songs, Week 3
Todd Mullins
Follow Us
Grow Daily with Unlimited Content
Uninterrupted Ad-Free Experience
Watch a Christian or Family Movie Every Month for Free
Early and Exclusive Access to Christian Resources
Feel the Heart of Worship with Weekly Worship Radio
Become a Member
No Thanks