Why Our Kids Need to Hear Us Pray 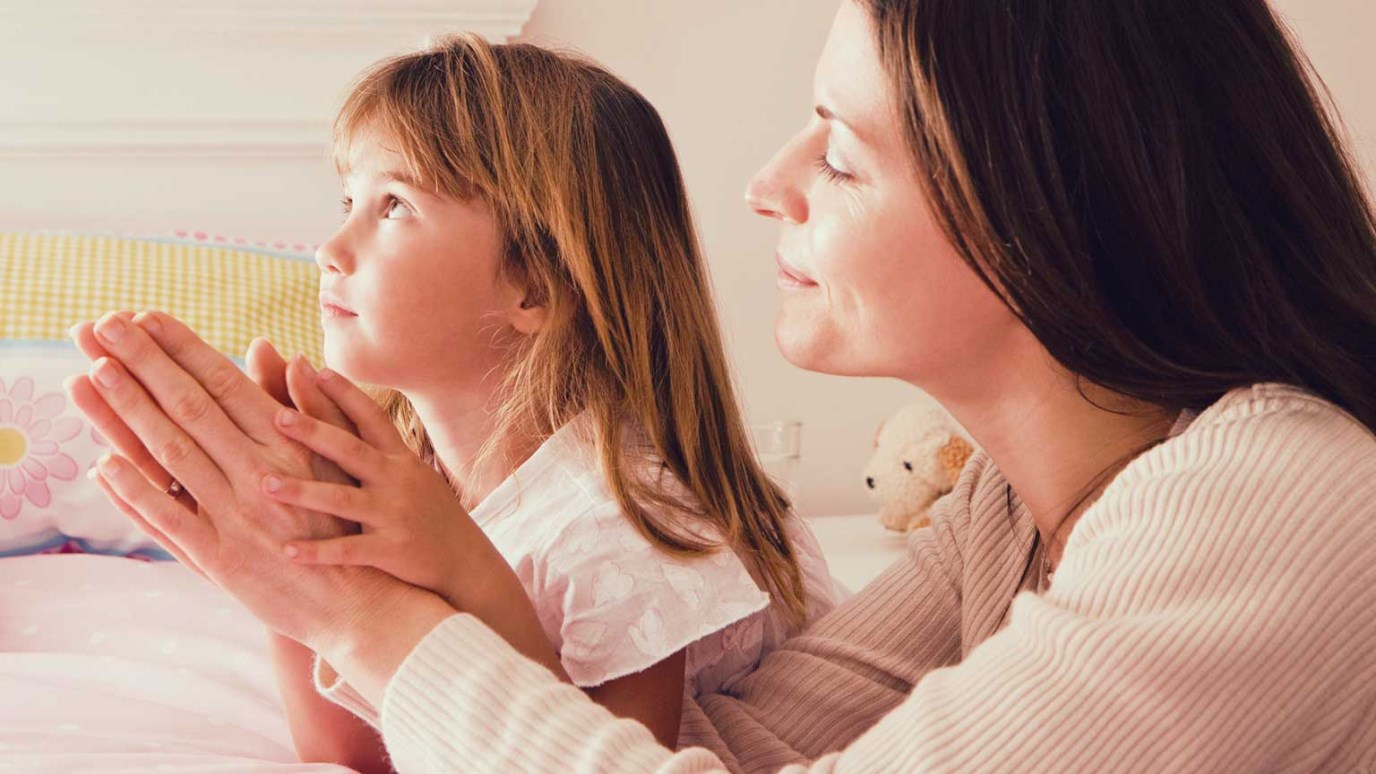 Teach your kids that talking to God is part of life, not something to save up for Sunday morning.

I never set out to teach my kids to pray.

If I had, I would have totally messed it up by trying to follow a prayer formula or using fancy words. I would have shown them prayers that are as authentic and genuine as the conversation on blind date.

My kids learned prayer through osmosis. As a result, they saw prayers that are real and genuine and intimate and messy, like the conversation between life long friends.

With two in diapers, my prayer life came in snatches. Throughout the day, I would pray aloud that God would help us find the lost toy or the missing shoes (He did. Always. Most of the time they were in the laundry chute.).

In the evening, I would pray aloud in a sing-song voice and thank God for everything from the names of individual wooden train characters to the sun and moon and applesauce. They would giggle and suggest new and more outrageous things to be thankful for, and I would keep on praying until their imaginations ran dry. I prayed until they surrendered to sleep, and then whispered a silent prayer of thankfulness that I had survived another day.

Raising two strong willed boys changed my prayer life. I’d never been comfortable praying out loud until the temper tantrums started. Somewhere along the way, I began to pray aloud and in earnest. It became common for me to hold a defiant child in my arms and ask God for parenting guidance because I had no clue what to do.

When school became a struggle, I became a prayer warrior. Each day before school, I wrapped my son in my arms and prayed over him. Each day he knew I was praying for him as I ate my lunch. Each afternoon we thanked God for the victories.

Looking back, I can see it clearly. Each time my children drove me to my knees, God used it to teach my children to pray.

As we prayed for lost shoes, my boys learned that there is nothing too small to talk to God about.

They saw firsthand that God answers prayers. They learned that talking to God is part of life, not something to save up for Sunday morning.

As we thanked God for toys and fictional characters, my sons learned a habit of thankfulness.

They learned that everything comes from God, even the imaginary stuff.

As I cried out for guidance, my children learned that prayer comes from the heart.

They learned how to lay big burdens at the feet of God and leave them there. They saw the Holy Spirit at work because I generally came out of those prayers with a pretty clear idea of how to handle my child.

As I prayed over my son, my boys saw what it means to pray repeatedly and consistently for a single thing.

They learned to see small victories as answered prayer. They began to claim scripture promises for their lives.

The results speak for themselves. I can send a defiant tween to his room with instructions to “pray until your heart changes” and actually have it happen.

They pray for me to be in a better mood or to go back to Disney World or for chocolate cake – just like I do.