Why I'm Grateful for My Daughter's First Car Accident 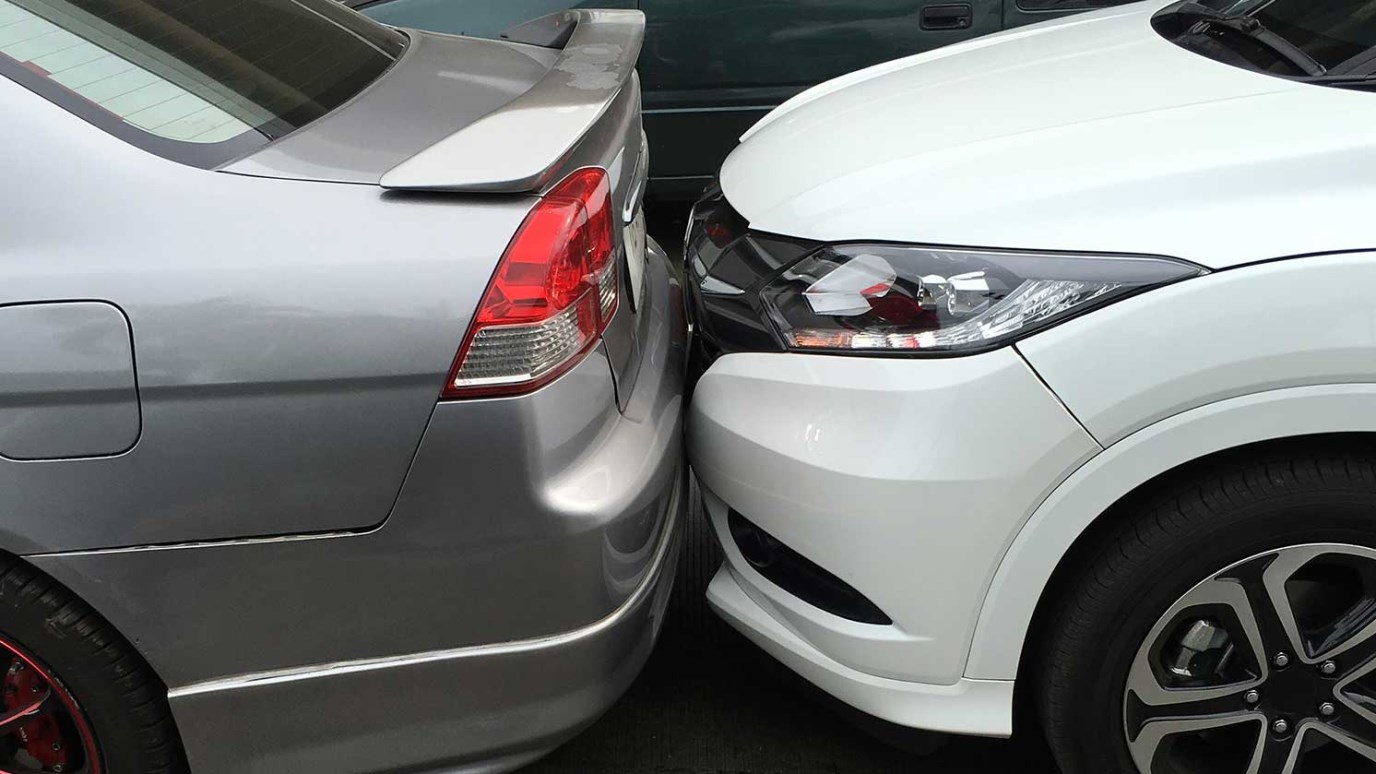 As I stood there, with my shaking daughter in my arms, I thanked God for giving my daughter this hard lesson of humility in our driveway.  While I was home.  With a friend’s car.

This might sound odd, but I’m really, really grateful for my 16-year-old daughter’s car accident yesterday.

Yes, you read that right.

She got her license a few months ago, and is a careful, conscientious driver.  She’s uncomfortable going five miles per hour over the speed limit.  She also knows we are sacrificing to get her an old car to drive to and from school and sports, regularly says thank you for it, and got a summer job to help pay for it.

In all those ways, she’s mature.

But she’s also just 16. And every adult remembers that feeling of burgeoning confidence we had when we were teenagers and got through the Year of the Learner’s Permit unscathed. When we sailed through the first few months of holding a license.  That subconscious feeling that all those scary videos they showed in Driver’s Ed must have been for other people since, really, we’re pretty good at this driving thing.

Until the first accident. Which is when each of us learned humility.

My daughter was heading to volleyball practice.  She wasn’t running late.  She wasn’t running out the door and not looking where she was going.  She even looked in her rear-view mirror before backing out of the garage.  And then she proceeded to back down the slight slope and smash directly into my assistant Theresa’s car, parked 20 feet behind her in our driveway.

My daughter’s car was generally OK.  Theresa’s was not.  Hood crumpled up, grille smashed in, bolts sheared off.

I was on a conference call when my daughter came running in to my home office, shaking, crying, and horrified.  After running outside and assessing the damage, I pulled her into a huge hug.  Theresa told her she was just glad she was okay, and then, seeing that she was physically fine but emotionally a wreck, prayed for God to bring His peace.

I looked in my daughter’s eyes and told her that every parent knows from experience that there will probably be a first accident at some point.  That moment, often, when the new driver is at fault, or doesn’t react quickly enough to someone else’s fault, and crashes.  I told her every parent prays for the first accident to be minor.  For that lesson of humility to be learned in as safe a way as possible.

This could have been out on the road, I told her.  It could have involved you being miles from home, standing in the blistering heat, waiting for police to arrive.  It could have involved you being badly hurt. Or you hurting someone else.  In Jeff’s first accident, at age 16, he totaled the brand-new car his parents had spent years saving for.  In the first accident of one of my high school friends, she badly injured both herself and the other driver’s child.  Slippery roadways are have no mercy or grace for teenage inexperience.

How grateful I am that God’s does. As I stood there, with my shaking daughter in my arms, I thanked Him for giving my daughter this hard lesson of humility in our driveway.  While I was home.  With a friend’s car.

I’m sure there will be other hard lessons.  But I’m oddly thankful for this one.