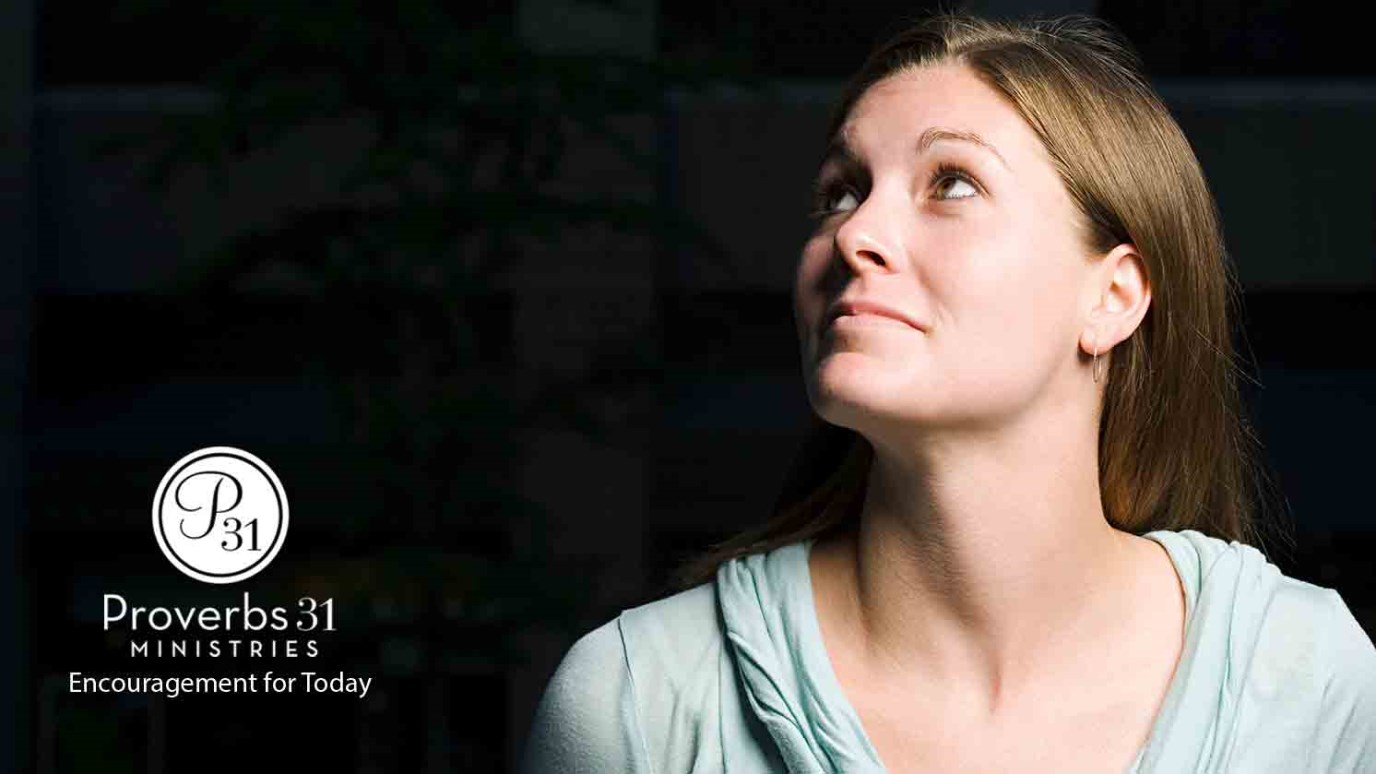 When people look at you, what might they think about a life following Jesus? Would it seem joy-filled? Or duty-laden?

"Simon Peter answered him, 'Lord, to whom shall we go? You have the words of eternal life. We have come to believe and to know that you are the Holy One of God.'" John 6:68-69 (NIV)

If the following two statements were true, which would cause you the most anxiety?

When my pastor asked that question during a sermon on finances, my heart did a funny jump. God not real? Just the thought of it made me feel sick. Kind of like when you wake up from one of those eerily-real nightmares and have to convince yourself it was only a dream.

The sermon continued, but the question haunted me. And I wondered what other people thought. Which statement made them queasy?

A few days later, I posed the question to a young college student I know. He paused before answering, then said: "If the second were true, it would make my life a lot easier."

His honesty touched me deeply. But my heart hurt over the reality of his world. My young friend was raised a Christian, and I knew it was hard for him to hold to his beliefs with so many temptations facing him. I wondered how many times he came close to giving up his faith. Did he ever think, Why bother?

Oh, how I longed to tell him all the reasons why Jesus was worth everything he had to give up. But it wasn't the right time. In that honest moment, it was right to let him know I understood the hardship of following Jesus. I'd been where he was.

Days later that conversation continued to challenge me. My young friend's faith was defined by rules he had to obey. And I wondered if I had represented Jesus to him in that way. Did people watching my life see Christianity as a list of don'ts, can'ts and won'ts? Did they not see the joy? The thought of it made me want to change. Immediately.

My desire is to represent Jesus as compelling, intriguing and appealing. I want God's kindness to shine through me rather than my unkind judgment. After all, that's what drew people to Jesus.

His compassion, generosity and love caused men and women in the New Testament to willingly walk away from careers, reputations, possessions and power. People gave up everything to gladly and joyfully follow Jesus. In the face of persecution. In spite of hardship. Disregarding their desires for things of this world.

I came away that day with a commitment. I want to make my life as a Christian so appealing that when people look at me, they see the benefits of following Jesus more than the sacrifices. Oh, there are sacrifices; it would be wrong to portray following Jesus as easy. Following Jesus involves daily choices to set aside my natural self-focused inclinations (with my money, time and emotions) and put God's requests above my own. But this isn't a guilt-driven faith; it's a grace-filled one. That's how I want to represent my Jesus.

It hit me that I don't want a why-bother faith. I want to live a what-better faith, which is what the Apostle Peter saw when he evaluated his faith.

A time came when some people decided it was too hard to follow Jesus. Jesus asked His disciples if they wanted to leave too. Peter boldly answered, "Lord, to whom shall we go? You have the words of eternal life. We have come to believe and to know that you are the Holy One of God."

In other words, what could be better than following Jesus?

Many people are watching me, starting with my own family. Perhaps I've spent too many years thinking about the rules rather than the benefits. Perhaps I've portrayed faith that really doesn't require much faith ... and therefore little passion or life-change. Thankfully, it's never too late to change.

Heavenly Father, please forgive me for portraying life following You as a burden. Help me to live in such a way that the joy of following You far outshines the cost. In Jesus' Name, Amen.

Reflect and Respond:
When people look at you, what might they think about a life following Jesus? Would it seem joy-filled? Or duty-laden?

What one thing can you change about your attitude that will make your faith more appealing to others?

Power Verse:
Jeremiah 31:3, "The LORD appeared to us in the past, saying: 'I have loved you with an everlasting love; I have drawn you with unfailing kindness.'" (NIV)

Some Gave All
Gary McSpadden