Who Told You that You Were Naked? 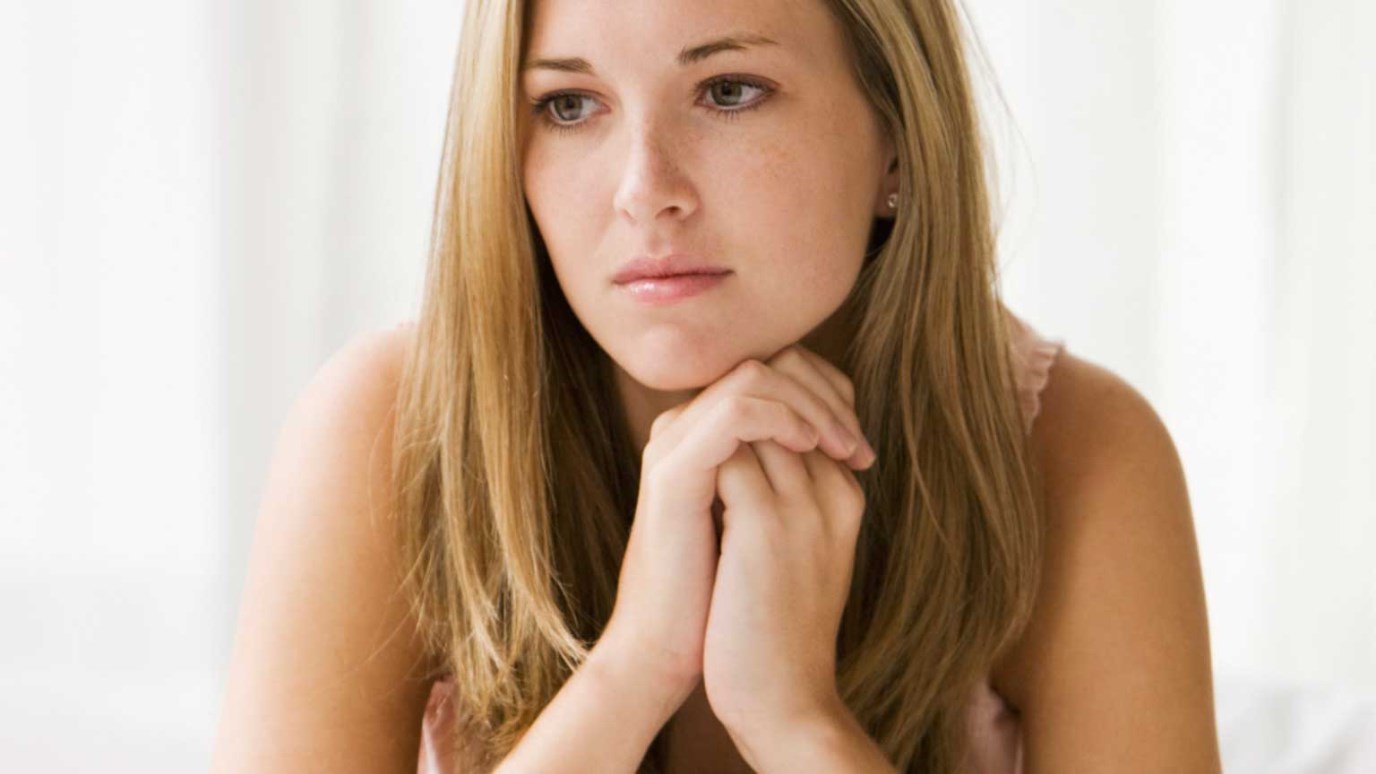 God never meant for us to feel less than or unworthy. Low self-esteem and poor self-image were never in the original plans.

I was the tomboy, the athlete, the competitor, the girl with mostly boy friends. When I was 10 I took everything pink out of my room. I never wore dresses unless forced to. I wasn't interested in hair or make up or clothes. I wanted to be outside playing ball.

So when I was pregnant with my first child and had that gender-revealing ultrasound, I was scared to death to learn that baby was a girl. I had no idea how to be a girl mommy! Two and one quarter years later, they didn't have to tell me my second baby was a girl – I could see it myself on the ultrasound.

I couldn't love my daughters anymore than I do and am actually thankful I don’t have loud, stinky boys now. I am learning how to put in hair bows and make buns (thank you, YouTube). I still don't feel confident, but I’m not scared anymore. I will learn the girly things along the way to teach my daughters how to be girls and women who are confident in their identity.

My oldest is 5 and a half now. She goes to kindergarten, out of my sphere of influence 7 hrs each day. And she is learning self-consciousness. I don’t like it.

There is not a day that has gone by that I haven’t emphasized to her how beautiful she is. But she has picked up on the importance of appearance somehow, and it is beginning to worry her.

She went to her first gymnastics class Saturday. I dressed her in a pink leotard and matching leggings. Because it was cold out, I had her put pants and a sweatshirt on over the gymnastics garb until we got to the gym. She frowned at her green pants, not at all matching her pink leotard, and said, “I look silly.”

My heart grew sad. I thought of the Lord saying to Adam and Eve after the Fall, when they became conscious and ashamed of their nakedness, “Who told you that you were naked?” (Genesis 3:11).

I assured my daughter she did not look silly, but she remained unconvinced… She doubted me. “Who told you that you look silly?” I wanted to ask. When she got to the gym and saw the other girls dressed similarly, she felt better about it.

The next day I put her in her favorite fancy dress for church. The knee-length dress left her legs exposed, so I put lotion on her wintry dry skin. Lotion. Clear lotion. When I was finished, she said, “I look ugly.”

Ugly? Who told her about that word? As far as I am concerned, it is a curse word that has deliberately never been said in our home. I know the destructive power of this word on a young girl’s developing self-image.

My heart broke for my little girl… that she would EVER consider herself ugly is too much for me. “Who told you that you were ugly?” I thought.

I was also confused. This was her FAVORITE dress – she’d wear it everyday if she could.

“Why do you think you look ugly?” I inquired gently.

“If the dress sticks to the lotion on my legs, I’ll look ugly,” she reasoned.

I assured her the lotion would soak in, and her dress wouldn't stick to her legs. That was enough to quell her fears. This time.

I keep playing these conversations over in my mind, wanting so badly to give my baby a rock-solid confidence in her self, her value, her worth.

I can’t protect her from other people’s insensitive remarks or from other kids’ mean-spirited barbs. I can’t insulate her from the constant reminders from our media that outward appearance is king. I can’t make her believe me when I INSIST she is beautiful because I am “just her mom”; I “have” to say that.

I can tell her of God’s unmatched love for her, His immeasurable delight in her no matter her appearance… but no matter how often I drill these truths into her head, I don’t believe it will be enough to convince her.

Like God must’ve felt toward that snake in the Garden, I feel enraged when I imagine people telling my child she ought to feel ashamed of herself – her pants, her dress, her “nakedness”. God never meant for us to feel less than or unworthy. Low self-esteem and poor self-image were never in the original plans. We were never meant to be concerned with ourselves at all…

Try as I may, I think only God can convince my daughter – anyone – of their true value, beauty. So I pray to that end.

As God has to re-convince me of my worth in Him on a daily basis, I pray my daughter will learn to believe Him when He tells her she is beautiful, she is enough, she is lovely.

Saying Goodbye to Something You Love
Glynnis Whitwer