Who the Devil Sees 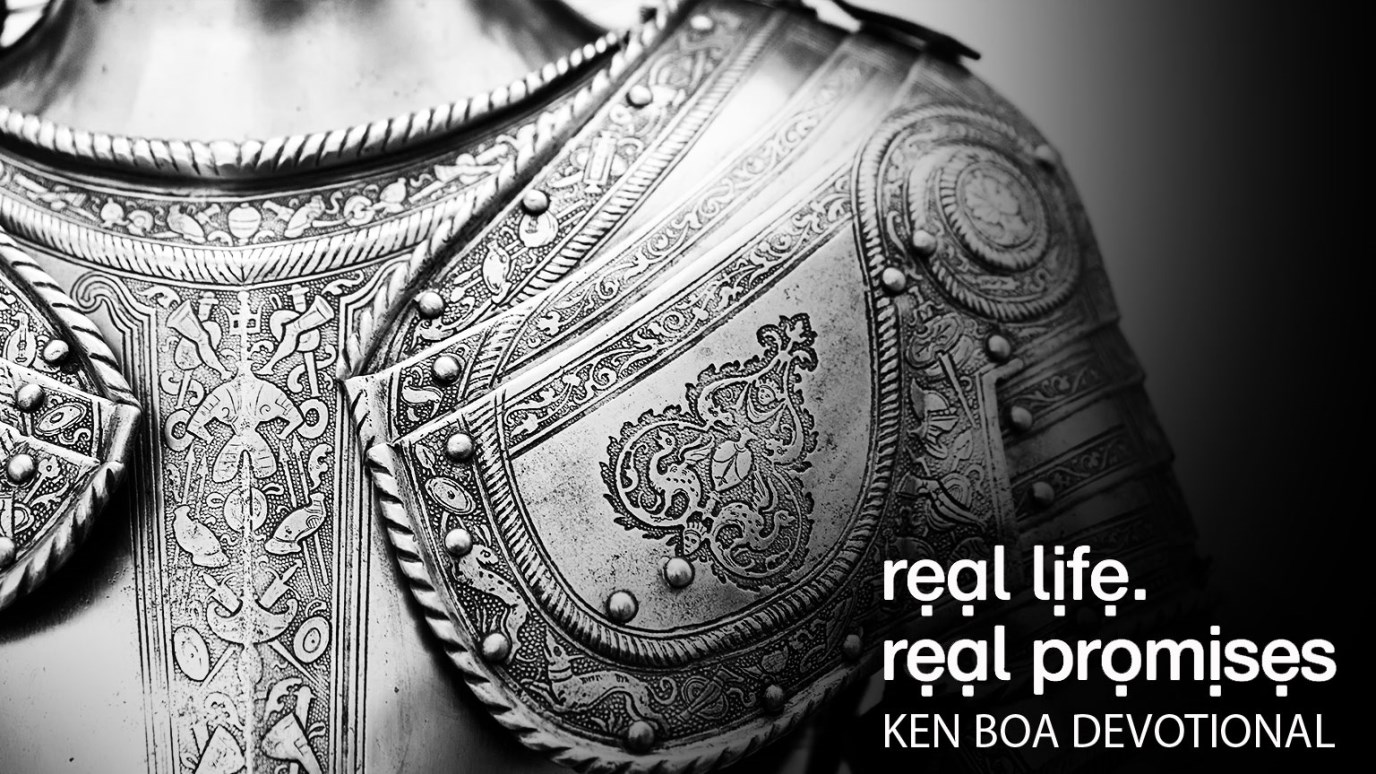 The armor God gives to believers to wear changes their identity by covering their weaknesses and adequately protects from any weapons Satan has in his arsenal.

If anybody was the hit of the original “Star Wars” trilogy, it was the evil nemesis Darth Vader. He of the black helmet, black cape, and light saber took the meaning of “armor” to a whole new level. While he did not don molded-metal chest plates as did knights of old, his force-field armor did what all armor does—it protected him and concealed his identity from his opponents. The most shocking moment in the series came when Vader’s true identity was revealed. Without his silicon circuits and voice-masking helmet, he was nothing. His armor was his all.

Armor is defensive, first and foremost. But it is also true that armor transforms—it turns mere mortals into someone different. In fact, when you look at Darth Vader, or a medieval knight shod head to toe in plate and mail, you are not seeing the real person. Rather, you are seeing what is protecting that person. And armor must be adequate against what is brought against it. While medieval armor could protect against medieval swords, any number of modern weapons could easily pierce such primitive protection.

The armor God gives believers to wear does both things: It changes our identity by covering our weaknesses and it is totally adequate against the “flaming arrows of the evil one.” Without God’s armor, we would be helpless against the devil. He is stronger and more crafty than we are, and in our own strength his attacks would finish us quickly. But clothed in truth, righteousness, the gospel of peace, the shield of faith, the helmet of salvation, and the sword of God’s word—we are protected. Our weaknesses are covered with God’s strength. We are wearing the same armor that Jesus wore, armor that the devil never penetrated.

When God’s armor comes off, we are revealed for who we really are—mice before a roaring lion (1 Pet. 5:8). But with God’s armor on (Eph. 6:11), that roaring lion sees the lion of Judah when he looks at us (Rev. 5:5). And that is a fight he wants no part of. When getting dressed every day, don’t fail to put on the armor of God—your only sure defense.

God’s Promise to You: “The devil cannot see you when you are clothed in my armor.”