Who's Your Head Coach? 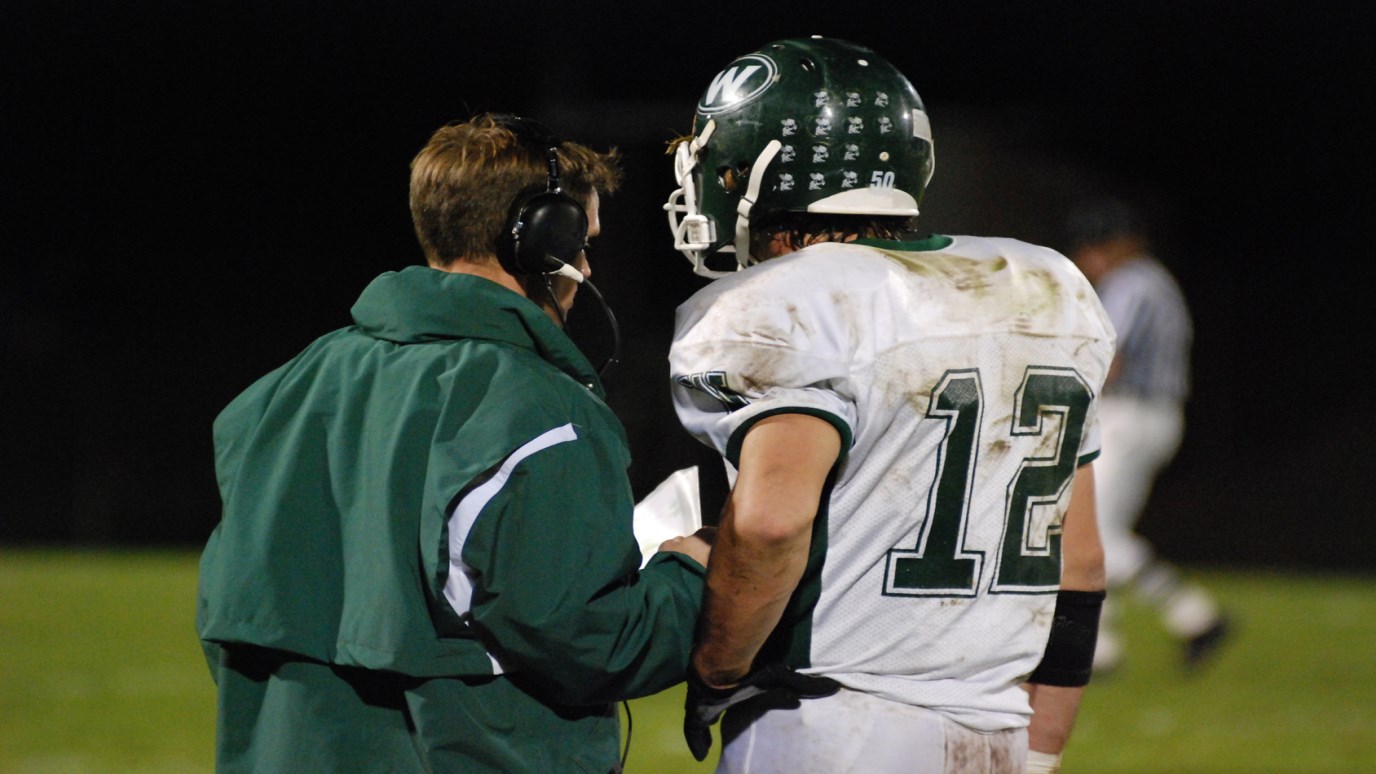 Jesus is "Head Coach" for Olympic gold medalist Josh Davis. Who's yours?

As part of a large, close-knit family, my parents instilled in me a great respect for spiritual things. Both of my parents have masters degrees in theology, so it was normal for me to go to church and to have a strong sense of spirituality.

I was also involved in all kinds of sports—soccer, basketball, baseball, gymnastics and tennis—and through them I learned coordination, skill and teamwork. Even though I first learned to swim at age 3, it wasn’t until I was 13 that I joined a team. Since my friends were going to be on the high school swim team, I thought I’d try swimming too. But my first coach told me how bad I was and suggested that I switch sports—that I would never make it as a swimmer. After talking with my parents we decided that we would switch coaches instead of switching sports.

It’s amazing what can happen with a new coach who believes in you, encourages you and teaches you truth so you can be your very best. My new coach did that and sure enough, things began to work. By the time I was a sophomore I was state champion. By the time I was 17, my senior year, I was the top-recruited swimmer in the country and had a full scholarship anywhere I wanted to go. I ended up at the University of Texas (UT) swimming under the best coach in the country.

I went off to UT ready to swim, make good grades, party and meet all 25,000 girls on campus. And I was having a great time! My freshman year our team won the NCAA swimming championship, but when the season was over we partied hard, as well. Then at the end of my freshman year I got very, very ill and it was all I could do to go back home to San Antonio and lie in bed. For two weeks I laid there, enough time to analyze my life. I had everything society says I’m supposed to have to be happy—a national championship ring, good grades, my name in the newspaper and popularity, but I was still empty and unsatisfied.

My life had been full of so many miracles but I hadn’t seen them. For example, we moved into a neighborhood when I was 12 that had some of the best swim coaches in the country living there; I got onto a high school team with one of the best coaches in the country and I went to a college that had the best swim coach in the world. I finally understood that it was all part of a divine plan. I knew I needed to let God take the driver’s seat in every area of my life. I needed Jesus to be my ‘Head Coach.” I was 18 when I started my relationship with Christ, and it’s amazing what happens when you have a great coach. As John 14:6 says, “Jesus is the way, the truth and the life.”

My sophomore year in college was tough. I was so excited to study the Bible, go to church and do all of those campus Christian [activities] that my grades really suffered. My teammates rallied around me at the beginning of the year because [they thought] I was going to lead them in the party scene. But I’d changed. I basically told the guys, “Look, I’m different, that’s not what I want to do. I can’t treat girls like that and I’m not going to talk like that anymore. I love you but I can’t spend Friday and Saturday nights with you anymore.”

Now my social time was with the Christian community on campus, and that’s where I met my future wife, Shantel. She was a freshman and I was a junior. As soon as she walked on campus I thought, “I’m going to meet her.” We started dating right away and after two years I asked her to marry me. This was the year before the Olympic Games, and everybody said we should wait until after the Games were over. But we wanted to be together and we knew that God would bless us. And He did.

We had our wedding in 1995, and remember everybody’s warnings about getting married before the Olympics? Well... I went to the Olympic Trials and I made four events. I went to the Atlanta Games and was the only guy in the world that year to win three gold medals!

And we now have five beautiful children! There have been many times in my swimming career where I’ve felt the hand of God helping me.

God had been preparing my character for years for such a time as the Olympic Games. He used my coaches to help prepare me physically. He used my wife Shantel to encourage me emotionally and He used His Word [the Bible] and my Christian brothers and sisters to strengthen me spiritually. God taught me lessons through very public situations like the Olympics where the world is watching. But the fact is, God teaches all of us lessons. He wants all of us to know Him more, trust our lives to Him and make Him our “Head Coach.” It’s amazing what happens when you get a great coach. A great coach is someone who believes in you, encourages you and teaches you truth so you can operate at your very, very best. [I’m thankful that] for years now, Jesus has been my “Head Coach.” Who is yours?