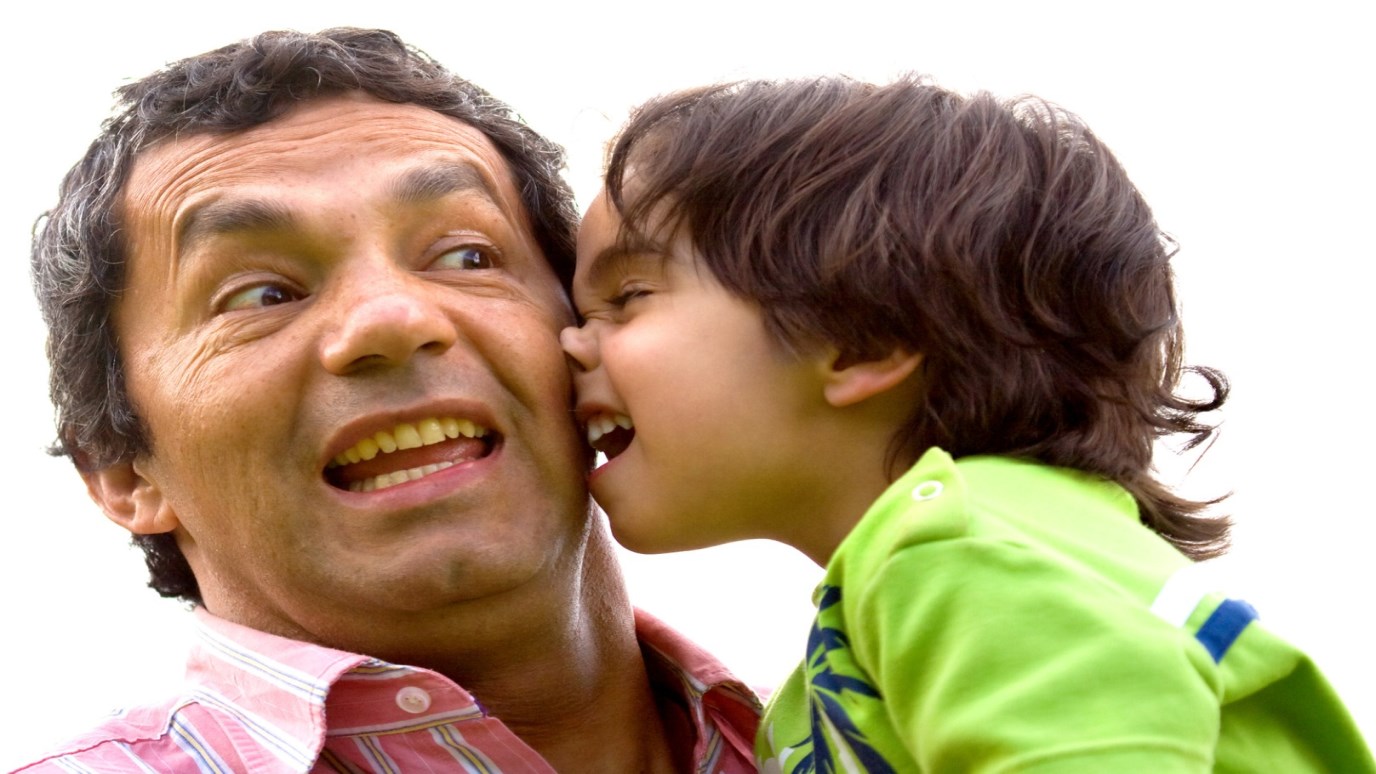 Jeff VanVonderen talks to Tonya Stoneman of In Touch Magazine about the problem of over-parenting.

Have you ever felt like a string- puppet controlled by your children? You’re bigger, stronger, and more mature, yet they seem to be calling the shots. Something is definitely wrong with this picture, but what’s the solution? In Touch recently spoke with counselor Jeff VanVonderen about how parents can maintain a sense of peace in their family.

In Touch Magazine: You talk a lot about “grace-based” families. What differentiates a grace-based family from all others?

Jeff VanVonderen: A grace-based family deals with all behaviors, good or bad, as learning opportunities. For instance, I believe my kids can learn just as much by disobeying—if I am wise about the consequences—as they can by obeying.

Obviously, I would prefer that they obey every time. But if they don’t, it still could turn out positively because I’m in control of the consequences and they have choices. So my acceptance and respect for them doesn’t change based on their moods or behavior. If parents communicate that acceptance or respect for kids is based on good or bad behaviors, that’s not grace-based; that’s based on performance.

ITM: Speak to the parent who is struggling to maintain the balance between showing grace and keeping kids on track.

JV: First of all, a kid’s job is to push the limits. Look at it this way: he’s trying to push against the walls to build muscle. If there’s nothing to push on, then he won’t build muscle. And if it’s a marshmallow wall, he won’t build muscle either. So the parents’ job is to hold up the wall and make it strong. Once the child shows he’s confident to operate within the parameters of the walls, parents can make the space bigger. Their goal is to make him a responsible and confident decision maker.

Of course, moms and dads shouldn’t tolerate a child talking back or being rude. But on the other hand, it’s not their job to control the child’s sassiness—it’s his. So when he smarts off, they give an ultimatum: “You can continue to be sassy, in which case you go to your room, or you can stop, in which case you can keep watching TV. What’s your choice? Either way is okay with me.” Now it’s the child’s problem, not the parents’.

ITM: How does a mom or dad shift from controlling behavior—through screaming or worse—to guiding a child into wise decisions?

JV: That screaming is called over-parenting. Parents think, If I get “big” enough, the kids will stop doing what they’re doing. But that approach teaches children to respond to the bigness of the reaction rather than the wisdom of the choice.

More than likely, a mother screams because she sees her child’s misbehavior in terms of what it says about her as a mom. But what if your children’s behavior doesn’t have the power to say something about you as a mom? What if only Jesus can do that? Then you don’t have to get too “big” when you parent. Then you can just make it be about the behavior.

Have you ever seen a mom or dad in the grocery store with an unruly kid who’s tearing the place apart? You think, Why don’t they do something? The other extreme is the parent who follows the kid around, hollering and threatening him. Parents like this are so convicted about the behavior that they feel compelled to fix or control it. But what if the parents’ value and acceptance is based on Jesus and not their kid’s behavior? Then they can just teach their kids how to act responsibly in grocery stores.

ITM: How can parents find value in something deeper than their children? After all, we live in a society where we’re constantly measured by external trappings like money, status, and, yes, our kids.

JV: If that’s happening, parents are acting as if things or money or behavior has power it doesn’t have. They need to let resources be resources instead of making them into a source. There is only one Source.

Hold out your hands. In the right hand are Jesus and the cross. In the left is your checking account balance. Now choose one of those to base your value on. Which would you choose?

JV: And you would always pick your right hand if given a choice. But you have so much practice in picking the left that if you’re not conscious about it, that’s where you’ll go. I learned that every time I noticed myself over-parenting, I was giving my children’s behavior more power than it really had. But if it doesn’t have that power, then we can deal with the behavior as a choice they can learn from. Now, that takes a lot of practice. If parents don’t pick a hand intentionally, they pick the wrong one because they’ve been taught to do so. And the scary part is that a lot of times, the left hand is Christian stuff that looks really good. But it’s still not Jesus.