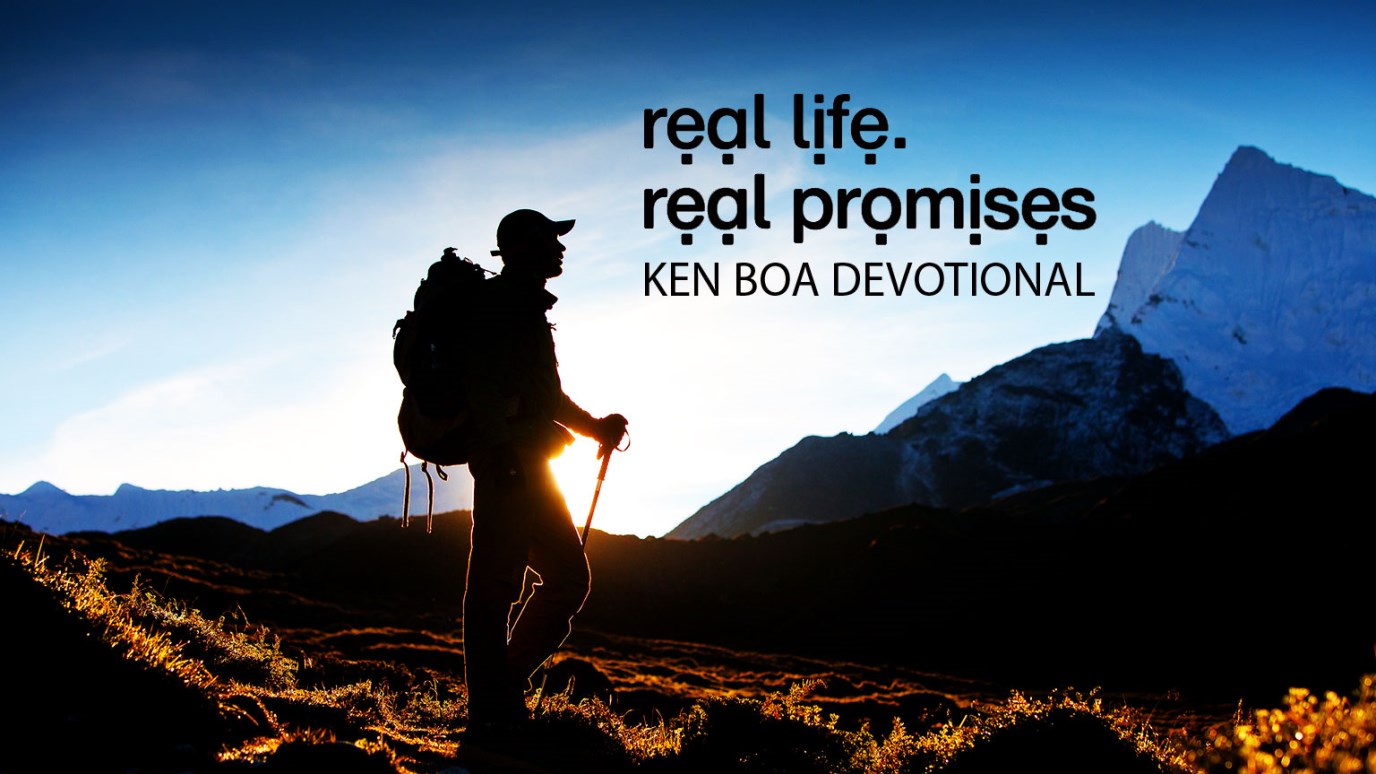 God hurls “all our iniquities into the depths of the sea.” He delights in showing mercy if you will bring your burden to him.

A hardened, sword-wielding, South American slave trader is on a pilgrimage to find forgiveness. Dragging behind him a huge rope net filled with the remnants of his past—swords, armor, guns and the like—the penitent sinner climbs cliffs and slogs through dripping jungles in an effort to reach the simple jungle Indians whose tribe he had decimated—and find pardon at their feet. He punishes, and nearly kills himself by dragging the huge weighted net behind him, but it is symbolic of who he was and the burden he carries. As a man who has lived by vengeance and the sword, his penance is to punish himself until he can reach those who can forgive him.

When finally the trader, accompanied by the priests who are working with the tribe, reaches the Indians, he is almost dead from the exertion of his penance. The Indian leader who recognizes the slave trader approaches with knife in hand. On his knees from exhaustion, the trader doesn't know whether he will live or die. But instead of cutting the trader’s throat, the Indian cuts the thick rope that has bound the net to the man and pushes the remnants of his past over a cliff into a boiling river below. He is forgiven by those against whom he had sinned.

While this portrayal of forgiveness is powerful—from The Mission, the Cannes Film Festival’s Best Picture of 1986—Hollywood didn't invent the concept. God has been extending forgiveness for millennia. Once, at a time when Israel had made slave traders look noble by comparison (“the best of them is like a brier, the most upright worse than a thorn hedge”—ouch!—Micah 7:4), God still forgave them. Then and now, man marvels at the nature of God to forgive: “Who is a God like you, who pardons sin and forgives...?” (Micah 7:18).

Primitive Indians may have hurled the tools of a slave trader over a cliff into a river, but God hurls “all our iniquities into the depths of the sea.” He delights in showing mercy if you will bring your burden to him.

God’s Promise to You: “It may be your nature to sin, but it is mine to forgive.”

A Story as Old as Dirt
The Whatever Girls

Wait on the Lord
Angus Buchan

Expect the Best!
A Miracle Every Day
Follow Us
Grow Daily with Unlimited Content
Uninterrupted Ad-Free Experience
Watch a Christian or Family Movie Every Month for Free
Early and Exclusive Access to Christian Resources
Feel the Heart of Worship with Weekly Worship Radio
Become a Member
No Thanks