Which Way Is Up When You're Down? 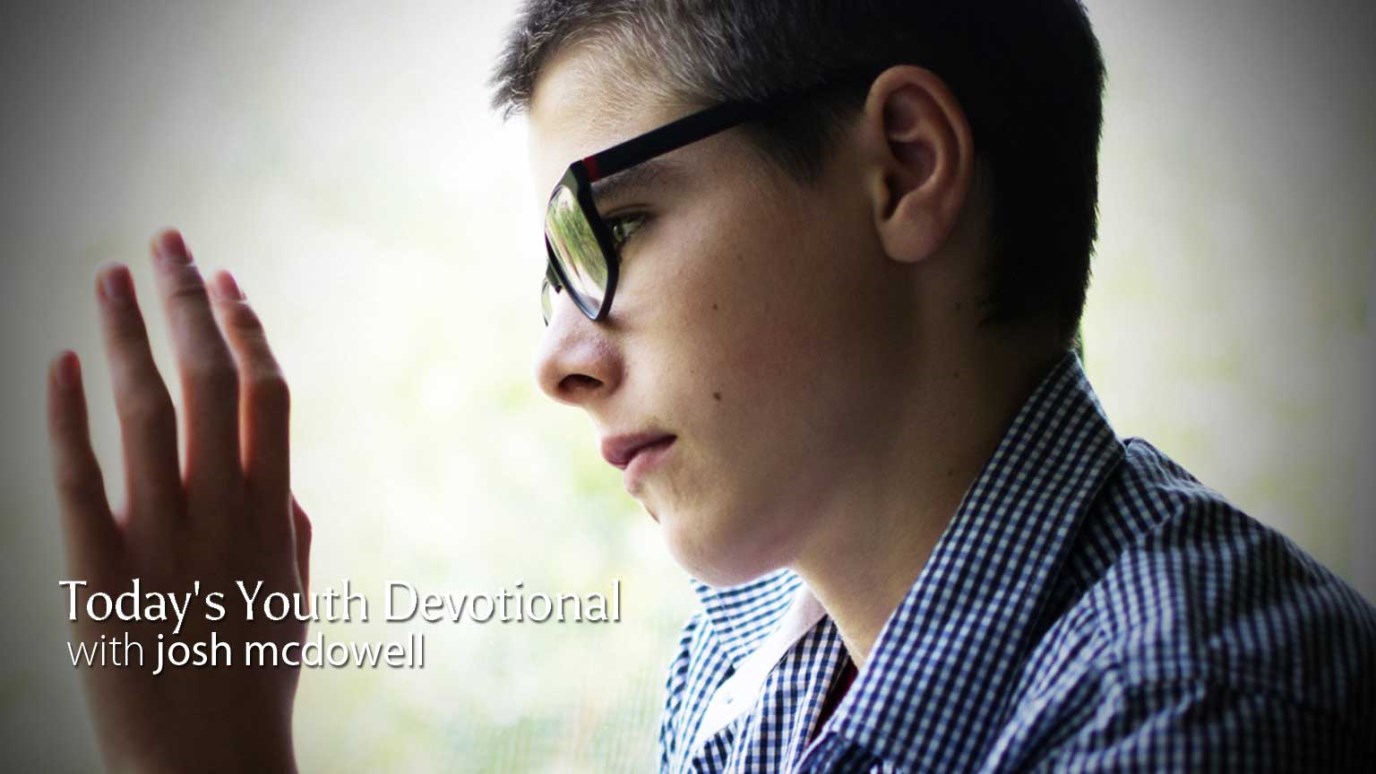 God has an antidote for discouragement. It’s not a pill. It’s an exercise. You sit down with your Bible, open it, and begin reading.

I lie in the dust, completely discouraged; revive me by your word. Psalm 119:25

Three years ago, Doug’s parents were divorced. Dad promised to call when he could. “You’re still my son. That will never change, I promise,” his dad had assured him when he left. Now those words rattle painfully in Doug’s head. Yesterday was Doug’s birthday, and Dad didn’t call.

Jessica hadn’t planned to go all the way. But she had been going out with Brett for eleven months, and he said he wanted to spend his whole life with her. Jessica had intended to wait for sex until she was married, but this was love. This was some­thing worth making a few sacrifices for. This was forever. At least that’s what Brett told her, and she believed him. But forever ended last weekend.

Tatiana had been challenged when her best friend, Danielle, announced that God was calling her family to the mission field. Danielle had left with her parents to spread God’s love in Indonesia. Tatiana worried about her, but Danielle had huge faith, saying, “God will protect me, because I’m doing his work.” So Tatiana and Danielle had said good-bye seven months ago. Today Tatiana received an e-mail from the mission. Her best friend, Danielle, had just died of malaria.

No one escapes discouragement. Even if you have never been slammed by a bit­ter, hurtful event like Doug or Jessica or Tatiana was, you surely know about smaller discouragements firsthand. Somebody fails you, something goes wrong, a plan doesn’t work, a friend says something unkind, a dream goes unrealized, you get a poor grade. You can’t avoid it. Discouragement happens.

The question isn’t whether you will be discouraged. The question is how you re­spond to discouragement when it comes. Do you get mad? Sulk? Throw things? Do you use food or drugs to escape? Do you drown yourself in music or TV to ease the pain? Do you boycott church?

God has an antidote for discouragement. It’s not a pill. It’s an exercise. Here’s what you do. You sit down with your Bible, open it, and begin reading. Or you go for a walk and mull over a verse you have read or memorized.

The psalmist wrote, “I lie in the dust, completely discouraged; revive me by your word” (Psalm 119:25). Discouragement knocks you down; God’s Word picks you up. Discouragement leaves you in the dark; God’s Word shines new light. Discourage­ment yanks you away from God and others; God’s Word helps you tighten relation­ships.

REFLECT: How do you respond to discouragement? How have you used the Bible to help you up when you’ve been down?

PRAY: God, I want to listen to your words of encouragement when I’m discouraged. Thanks for your Word.

Do You Have the Loving Feeling?
Josh McDowell

Purity: Does It Still Matter?
Bryant Wright
Follow Us
Grow Daily with Unlimited Content
Uninterrupted Ad-Free Experience
Watch a Christian or Family Movie Every Month for Free
Early and Exclusive Access to Christian Resources
Feel the Heart of Worship with Weekly Worship Radio
Become a Member
No Thanks