Where Respect Begins - A Family Devotional 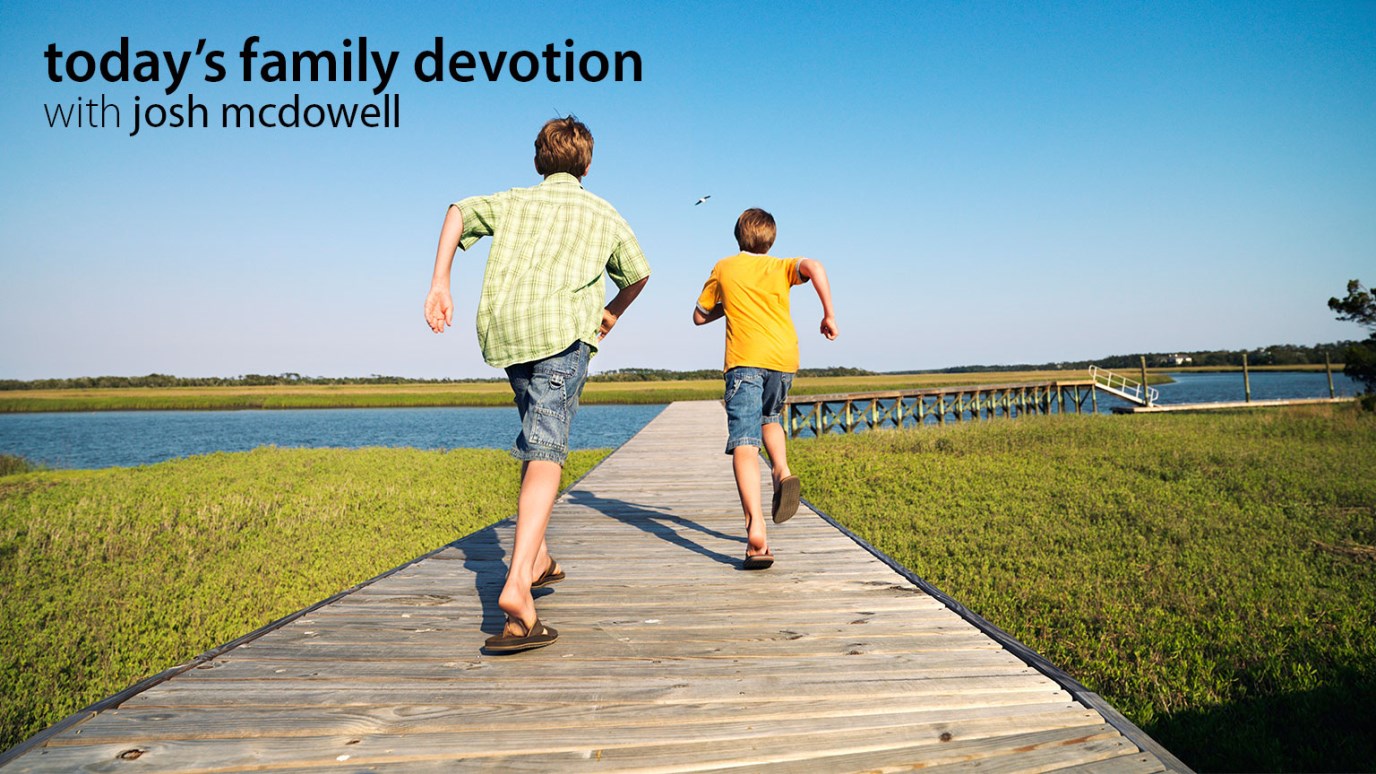 Verse of the Day: “Fear God and obey his commands, for this is the duty of every person” (Ecclesiastes 12:13).

“Come on!” Bobby yelled as he darted in and out of the pews in the church sanctuary. Trent heard his friend but didn’t move from his spot on the last pew. “Come on!” Bobby repeated. “What’s the matter with you?”

Bobby looked around at the empty sanctuary. “Nobody’s here,” he said.

Bobby tapped Trent on the arm and shouted, “You’re it!” He dove between the pews and began scooting on the floor under the seats. Finally, he stopped. He poked his head out into the aisle. “Why don’t you want to play?”

“I do,” Trent said. “But we shouldn’t be running and crawling around in the sanctuary.”

Bobby got up from the floor and dusted off his knees. He looked at Trent and shrugged. “Why not?”

“Well,” Trent said, “because this is God’s house.”

“Yeah, but my parents say we should show our respect for God by not running in church and not wearing hats in church and stuff like that.”

“My dad says that one reason people don’t respect each other much anymore is because they don’t respect God anymore,” Trent said.

“You’re just afraid your mommy’s going to come in and catch you running in church,” Bobby teased.

“No, I’m not!” Trent said at first. Then he changed his mind. “OK, I guess I am. Because if she saw me running around when I know I’m not supposed to, it would be like I don’t respect her, either.”

“Sort of like what your dad said, huh?” Bobby admitted.

“Let’s go where we can play tag,” Bobby suggested.

“I’ll race you—” Bobby said as he started to run for the sanctuary doors. But he stopped suddenly and turned to face his friend. “Oh, yeah,” he said. “I forgot-no running in God’s house.”

TO DISCUSS: What are some ways you show respect for God? How does respect for others begin with respecting God?

TO PRAY: “Lord, we want to show our respect for you. Teach us to honor your name.”

Grabbing for the Good - A Family Devotional
Josh McDowell