Where Did You Learn That? Dad, Watch Your Language 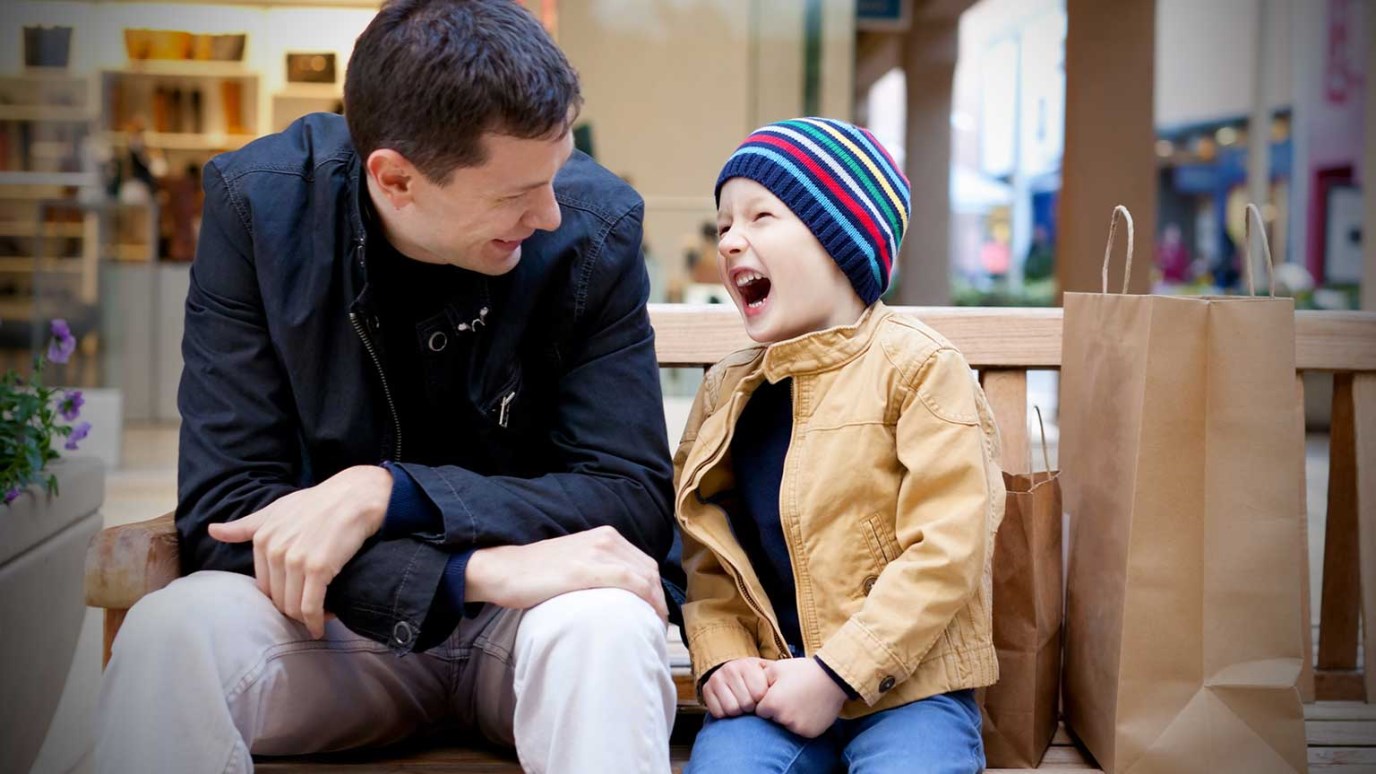 How often do we hear a child let loose with some profanity and then say, “I heard it from Daddy!"? Let's be careful—our kids are watching us!

It’s a classic parenting situation that dads seem to run into quite often: Junior lets loose with a string of four-letter words that shocks everyone who hears it—especially his mom.

Well, every parent knows what he or she has to say in that situation, right? So Junior’s mother asks him, “Where did you learn to talk like that?”

Dad, if you’re nearby when that happens, my best advice is to get away—right away. Inevitably, Junior’s eyes will turn to you. Maybe he’ll even point at you. And then his mom will give you that look.

Okay, it isn’t always us dads who are the offenders; our kids hear good and bad words from all kinds of different people. Maybe this is an unfair stereotype that’s been attached to dads. Still, I want to ask, Have you been there?

Not long ago, I was there. My bride and I were being good grandparents, helping our daughter with an errand and having fun with her two children, our grandchildren. At one stop, I was helping to fasten the kids in their car seats. It was pretty routine until something unusual happened and my four-year-old grandson responded by uttering a one-word, four-letter exclamation that stopped us all in our tracks. And he really got the most out of that word, stretching it out for at least a couple of seconds.

Now, to make it plain and not embarrass my family members too much, this was not an R-rated word, or even PG-13. Probably more like a PG word, but definitely one his parents do not want him to use.

My daughter stopped, looked at him very seriously, and asked that question: “Where did you learn that?”

My grandson got a big grin on his face, looked right at me, and said, “From PeePaw.” In case you didn’t know, that’s what my grandkids call me! I am PeePaw. And he was falsely accusing me of teaching him this forbidden word! And my own daughter gave me that look.

I’m having some fun telling this story, but the truth behind it is pretty serious: Children often imitate their dad’s behavior. Sometimes it’s fun and cute, like when your toddler pushes a plastic mower behind you as you’re cutting the grass, or maybe repeats something harmless that you’ve said. Other times, it may seem cute at first, but you know it isn’t behavior that you want to see in your children.

I suppose these situations are part of the never-ending teaching process that comes with being a father—and grandfather. And it was nothing earth-shattering in this case, but it was a strong reminder for me about the power of a father’s modeling of character and integrity. How often do we hear a child let loose with some profanity, and then say, “I heard it from Daddy?" Ouch.

The point is that they’re watching us all the time, and we have to demonstrate only behavior we would be comfortable seeing in them.

Or, maybe we should consider taking it a step further. I was telling a friend about that incident with my grandson, and he pointed out that while I don’t use the word my grandson said, I do often use another word when I’m surprised or excited about something—not a cuss word, but it’s also not that far from the word my grandson used. Ouch.

Maybe, with modeling, we need to avoid doing or saying things we don’t want our children doing or saying, as well as things they might confuse with the wrong behavior. It’s part of doing everything we can to train and shape them in a responsible way. Gentlemen, I hope you’ll join me in my humble quest to be a model of excellence for my children and grandchildren.

Also, there’s an aspect of grace in our modeling. There are no perfect fathers, and none of us will ever be flawless role models. It can be powerful modeling to go to a child and admit our mistakes and shortcomings, and admit that that we are works in progress but trying do give them our best.

Have you ever had a similar experience? When did your child say, “I learned it from Daddy”?

The Making of an Encourager
Dr. Charles Stanley
Follow Us
Grow Daily with Unlimited Content
Uninterrupted Ad-Free Experience
Watch a Christian or Family Movie Every Month for Free
Early and Exclusive Access to Christian Resources
Feel the Heart of Worship with Weekly Worship Radio
Become a Member
No Thanks