When the Doctor Broke My Arm 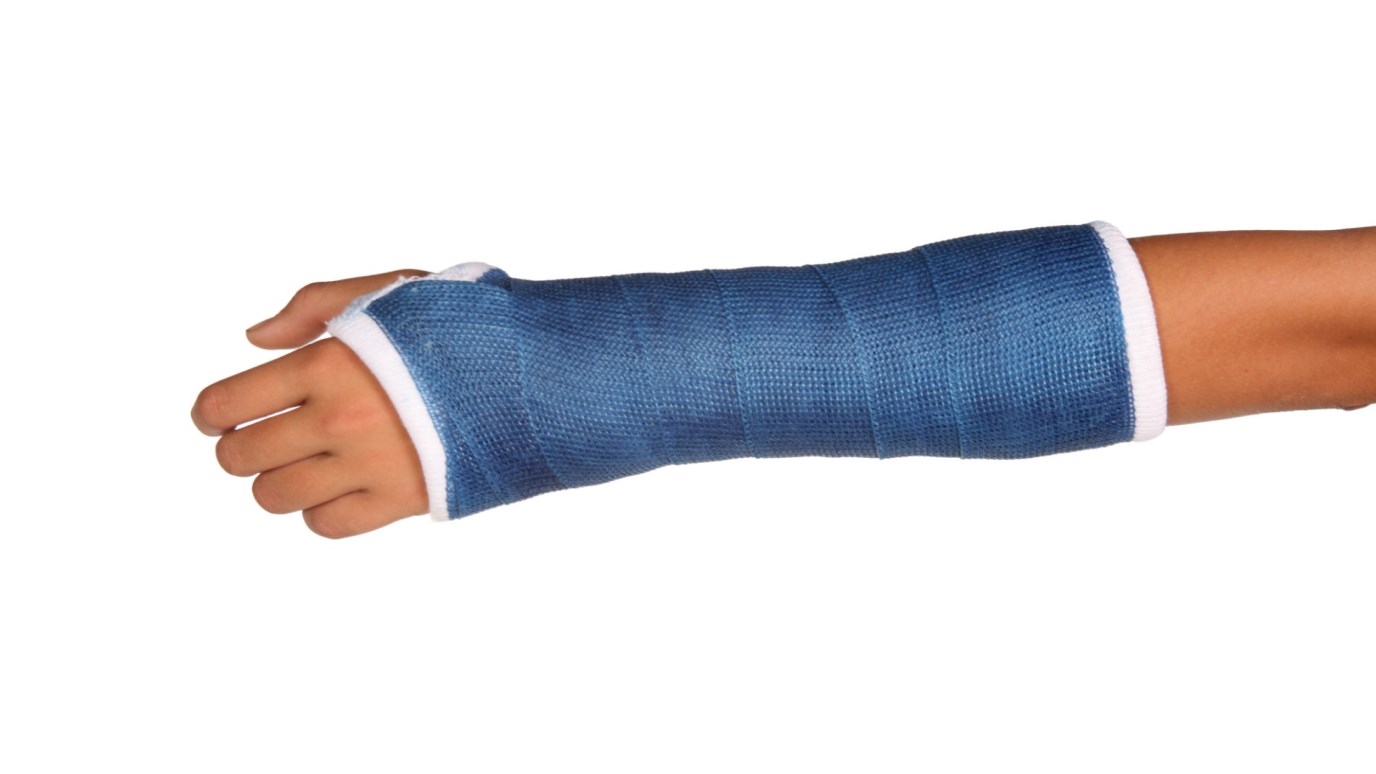 Despite your suffering, you can trust God to be healing you even as you experience pain.

I was five years old—normally a quiet, whimsical, well-behaved child. Then I tripped inside a laundry basket and found myself in the hospital.

"I hate you! I hate you! You are a wicked, wicked, EVIL man!" I'd never said the word "wicked" before, but it seemed to fit. Between my venomous exclamations about the doctor's character, I interspersed screams that were loud enough for the entire hospital floor to hear.

It's funny, because I remember him as a calm, gentle, bespectacled man with thinning hair and kind eyes.

"This is a greenstick fracture," he explained quietly to my parents. "That means that only part of the bone here is broken, and her arm won't be able to heal properly unless it's a clean break all the way through. I need to break the arm entirely so that it will be able to set properly. It will only take a moment, because I will be setting the bone simultaneously while I break it. She will have more pain for just one moment—and then no pain at all."

I was so terrified and wild that they nearly had to strap me to a table to control me. I insisted that there must be another way. When that failed, I begged for pain-relieving drugs. He advised against it because of potentially dangerous side effects, and my parents agreed. I flat out told the doctor I wouldn't let him do it. But my parents betrayed me, and before I knew what was happening he was holding my arm in his hands.

I heard a loud crack as he broke my bone in half.

Then I felt nothing. I stopped mid-shriek, exactly like he'd said I would. I looked around, confused. My tears had stopped flowing instantly; I felt sweet, painless relief for the first time since the accident. On the car ride home, I was singing happily and admiring my pretty green cast.

Romans 8:28 says ,"And we know that God causes all things to work together for good to those who love God, to those who are called according to His purpose."

That's the classic verse we whip out for times of suffering.? But it isn't always comforting, is it? When I'm terrified of the future, feeling helpless and small, it's almost like I'm that five-year-old in the hospital again.

Although I'm not angry at Him, my level of trust in God sinks past zero into the negative zone. I begin wailing internally for another way—or, if that's not possible, at least for some kind of pain relief.

It's interesting. I never doubt that God is in control or that He'll "work all things together" for my good and His glory. I never doubted that my doctor was in control either; I knew that he would fix my arm. Intellectually, I was perfectly aware that he was not going to hurt me purposelessly or cruelly. I understood that my bone would have grown together crookedly and weak. That knowledge did nothing to diminish my terror of the pain ahead, and it didn't stop me from screaming at the top of my lungs at him either.

"Will it hurt?" I yelled the words over and over without pausing for an answer. My face was hot, and I could hardly breathe through my sobs. "How much will it hurt?"

Pain is what I fear, and God never promises that my life will be comfortable either.

I felt a sharp and terrible stab when the doctor broke my arm. But he had spoken the truth; the pain lasted only one second. He was literally healing my arm even while he broke it.

In view of eternity, I look in wonder at the use of the word momentary in 2 Corinthians 4:17–20:

After six thousand years of beholding the face of the Son of God in eternity, I wonder, will we also not be able to look back on whatever trials we've endured in this life and call it all "momentary affliction"? Your pain is not trivialized and diminished by Paul's words in 2 Corinthians—these are strong words of hope. God, in His wisdom, is preparing you now through your pain for a joy with Him that you can barely begin to fathom.

A group of wise, grey-haired women once passed on some unforgettable words to me. Collectively, their lives tell the story of much suffering. They have lost children to death, they have had children rebel against the Lord, they have lost husbands, they have suffered abuse and divorce, and they have suffered great physical sickness. "What would you tell a younger woman," they were asked, "if you could go back and live through it all again?"

Out of This Wreck I Rise
Dr. Charles Stanley

Maintaining Justice
Dr. Gene A. Getz
Follow Us
Grow Daily with Unlimited Content
Uninterrupted Ad-Free Experience
Watch a Christian or Family Movie Every Month for Free
Early and Exclusive Access to Christian Resources
Feel the Heart of Worship with Weekly Worship Radio
Become a Member
No Thanks