When Teens Reject Their Parents 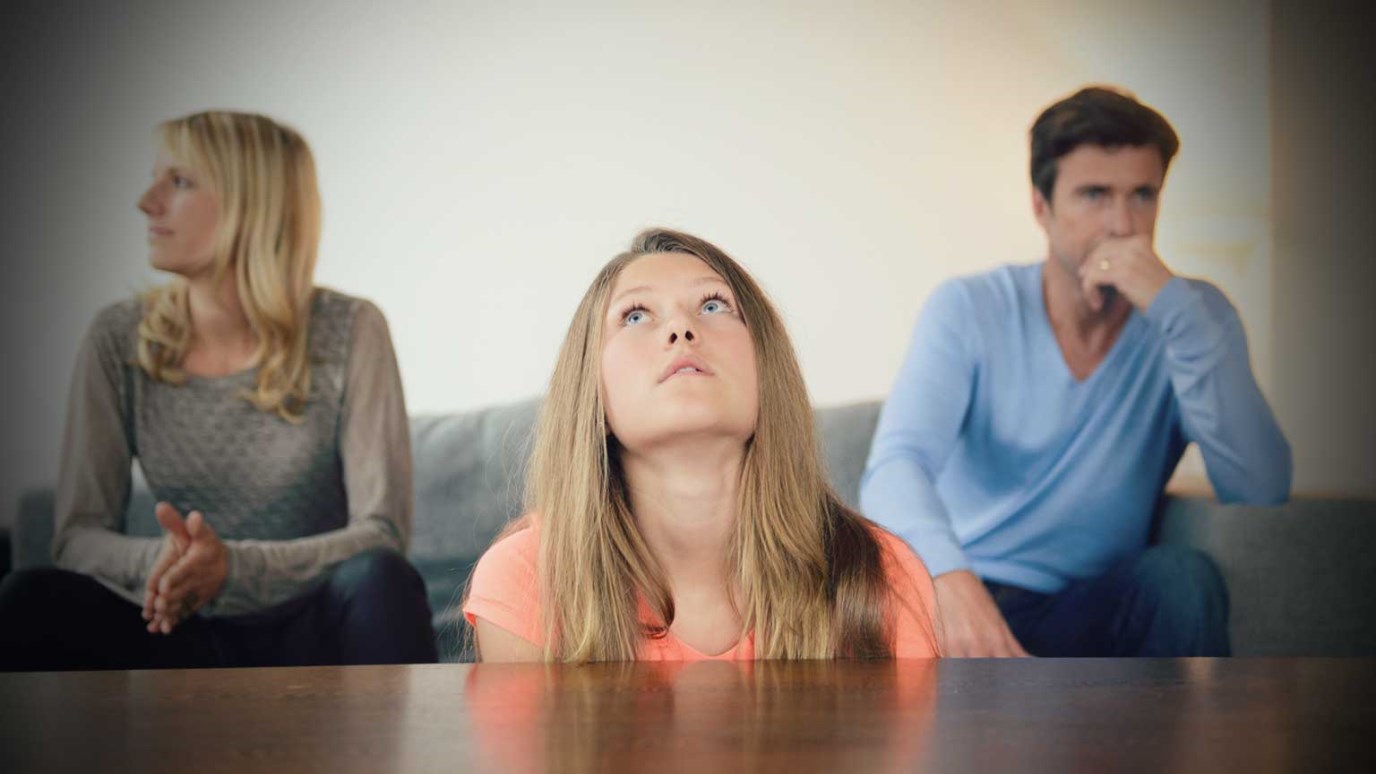 When your child is doing things and making choices that are against your values, it’s easy to blow it all out of proportion. But rather than immediately condemning and preaching, position yourself in the role of a coach and mentor.

We want our children to become independent; to be able to take control of their own lives. A natural and essential part of that maturing process is to make choices for themselves. Every decision they make is another step along the path from total dependence at birth to maturity and independence when they leave home. But their choices won’t always be in line with ours; and that’s when we can feel rejected.

Not every choice teenagers make will seem “right” to their parents. But there is a process they go through to establish their own beliefs, and that often includes rejecting our beliefs, and even us, for a time. So, when they make a choice with which we don’t agree, we have two options.  We can step in and assert control over them (treating them like a child again), or we can work through the process with them; taking time to understand why they made the choice they did. I suggest you do the latter.  Let me give you some tips to help you work with your teen through this sometimes painful process.

The Lord is compassionate and gracious, slow to anger, and abounding in love. — Psalm 103:8

When your child is doing things and making choices that are against your values, it’s easy to blow it all out of proportion.  But rather than immediately condemning and preaching, position yourself in the role of a coach and mentor.

If you have done your job instilling values in your kids in the earlier years, they already know when they’re doing wrong as teenagers.  You don’t have to tell them again and again and again.  That badgering will wear out your welcome in their increasingly independent life.  They are already struggling with feelings of guilt and confusion, so they need a positive, encouraging voice in those teaching moments.

Please note that I’m not saying you should approve of what they’re doing or forsake your role as a parent.  What’s right and wrong doesn’t change, and consequences still need to be applied.  What I am suggesting is that you maintain your relationship in such times in a way that you will be able to continue to speak truth into their heart and be heard. Start by talking through various options that were available to them, until they can identify for themselves what would have been a better course of action.  This process promotes independence and good decision making skills.

It’s common to hear a teen say, “I don’t need you anymore.  I can do it on my own.”  There’s something in the heart of parents that doesn’t want to hear those words (sometimes delivered in a loud and angry tone), but those are good words.  They show a drive for independence that your child will need to launch into life on his own.  Now, in reality you and I both know that if you shut off the electricity to his room he’d find out real quick that he does still need you, but don’t let those words drive a wedge between you.

Instead accept those words for what they are and work to find ways to promote independence.  Along with their desire to be independent in their decisions, make them responsible for their own daily life, like getting out of bed in the morning, managing their own finances, and getting a job for a few hours a week.  This is a great way to show them the responsibility that goes along with being independent.

One question that I often hear from parents is about church attendance.  This can be a real flashpoint issue in the home.  If a teen says, “I don’t want to go to your church anymore,” that can feel like a real rejection and a threat.  I know about that feeling, not just from talking to other parents, but from being a parent.  When my children were older teens they didn’t like the church we were going to, so Jan and I decided to move to a church they did like.

But I hated it.  The pastor and I didn’t connect, the music was too stale for me, and I just couldn’t see us “fitting in,” so Jan and went back to our church and the kids kept going to theirs.  It kept our kids in proper fellowship with other kids their age, and it reduced the tension on Sunday mornings.  Our solution may seem a little radical, and it may not be applicable to others, but it worked for us.  Jan and I went to the church we liked; the kids went to the church they liked.  We then met for lunch afterward and shared what we had heard in our separate churches.  It let us focus on what mattered most—that they were active and involved in church, not that they liked the kind of worship service we liked.  I’d far rather them go to a different church–one they like and teaches the same biblical values–than to abandon church altogether. The point is this…maybe there is a creative compromise you can come up with that solves the more important issue.

There’s a difference between struggles in the home that occur due to outright rebellion and those due to hormones and the normal growing process.  A rebellious teen will end a fight with a slammed door and a feeling of satisfaction.  A teen who is trying to process a changing world and find her place in it is more likely to show up with an apology a few minutes later (or at least act apologetic).  Full blown rebellion is an intentional rejection of parents and their values—a deeper hatred for the parents and their values–and it’s actually pretty rare.

If we respond to the hard times and struggles our teens are having as if they are rebelling, we run the risk of alienating them and damaging our relationship at the time they need it most.  I encourage you to try to get beyond the surface to understand exactly what you’re dealing with…and remember the transfer to independence that’s underway throughout the process.

Let us not become weary in doing good, for at the proper time we will reap a harvest if we do not give up. –Galatians 6:9

Don’t Ever Give Up…

I say this a lot, but it bears continuous repeating,”Don’t give up!”  Just because a child rejects you, at whatever level, don’t give up or walk away.  And don’t take it personally.  We’ve had more than 2,500 teens come to stay with us at Heartlight.  More than once I’ve wondered if we could make a dent in the pile of troubles that a young person brought along with their luggage.  But what I’ve learned is to keep going—keep talking, keep praying, keep loving.  We’ve seen wonderful transformations, and usually the worst kids turn out to be the greatest and most appreciative ones once they get on the other side of it.  When I’m tempted to give up, I often think about the hundreds of weddings I’ve conducted for kids who lived with us here.  Many of those cases seemed difficult; even hopeless, but they turned out just fine because we didn’t give up on them.

Audience of One
Karen Stubbs

How My Son is Learning to Pursue
Family Matters