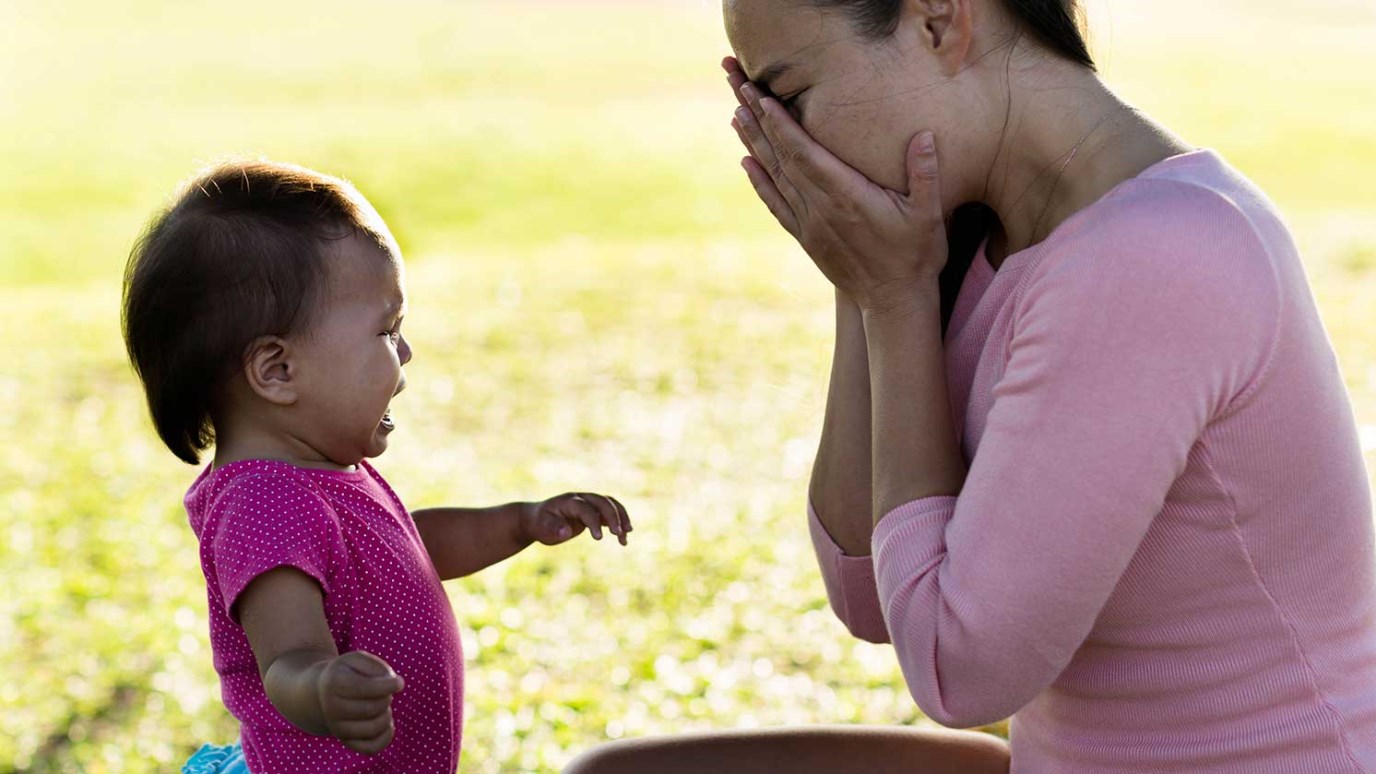 The lessons of the shrieking-toddler-on-a-plane situation are far more about us and our need to default to kindness, than they are about how or whether to confront the parents of (supposedly) poorly-behaved children.

I write this from 30,000 feet, heading home to my family. And about five rows behind me, there’s a very unhappy 20-month-old. Actually two. A sweet husband and wife have two adorable, cherub-faced, curly-haired twin boys – and both of them have very good lungs. They have spent the 40 minutes of boarding, taxing for takeoff, taking off, climbing to altitude, and the first part of the flight, making it known that they did not want to be held in mom and dad’s protective arms, and they wanted down RIGHT NOW!!!

One son in particular has been in a full-blown, shrieking temper tantrum the entire time – which really is a remarkable feat of stamina if you think about it. Arched back, convulsions in his dad’s strong arms, shrieking to be held by “Mommy….! Moooommmy…!”

Of course, Mommy has the other twin in her arms. She can’t safely hold two wiggly active boys, so that left poor Dad having to hold on to a strong-willed, wriggling, shrieking tiger who didn’t want HIM.

It reminds me of that old baby-dinosaur cartoon from back in the day, where the male parent dinosaur was called “Not the Momma.”

Poor dads. But I digress.

Now picture with me, ten minutes of full-blown shrieking echoing through the quiet plane.  Not crying, not sobbing, not wailing… SHRIEKING! With no breaks. Now twenty minutes. Now forty.  And no end in sight. And nothing the parents are doing – soothing noises, stern approaches, trying to get the toddlers to watch videos – are working.

I see a very interesting pattern in the people around us. Each is handling it in one of three different ways.  And it strikes me that these three different ways are really, really good stand-ins for how we handle any awkward public situation. One response is fairly neutral, one is damaging, and one is life-changing – for the person in need and for you.

Which one is your reaction?

Way #1 – Put your earbuds in, and pretend it isn’t happening

I have about 40 people in my direct line of sight, and this is how most are handling it.  The tantrum is so over-the-top that everyone on the plane is aware of it, but most aren’t even acknowledging the situation.  I was surprised.  No sideways rueful smiles at the stranger next to them, or anything. They just put their ear buds in to block the noise, or work on their computer, or watch a movie on their phones or seat-back screen, and try to ignore it.

This “don’t get involved / look the other way / pretend it isn’t happening” ethic is probably not “neutral,” exactly, but it at least doesn’t make the situation any worse.

The problem is, it doesn’t do anything to address the problems posed by Way #2…

About one in five passengers that I can see and hear are letting this awkward situation get to them. Big time.

The man and woman directly behind me have gone from frustration to irritation to active anger, laced with expletives. “You’ve got to be [Bleep! Bleep!] kidding me.”  “Just shut the kid up.”  Some people are clearly responding loudly enough to be heard by the beleaguered parents.

One man has taken to using the Lord’s name in vain as a whole sentence, over and over, in response to the tantrum. His companion next to him has been rolling her eyes and making huffy noises. Clearly they have no desire or willingness to make allowances, to empathize with two embarrassed parents trying to make the best of a bad situation, to remember what it was like when their own kids were toddlers.

Giving in to their discontent. Which only made the atmosphere on the plane worse!

It strikes me that this griping and discontentment may not be my response in this exact situation, but I sure have had this response in others. How often have I been frustrated when a waiter was waaaay too slow in bringing my food, and rolled my eyes or huffed about it to the people next to me? How often have I let something get to me that really didn’t need to ruin my day?

Way #3 – Reach out and sympathize

The heroes of this flight, to me, were the people who were making a point to be kind. Who leaned across the aisle to smile and tell the mom and dad, “It’s okay, we get it.” Or the ones, as soon as the seat belt light was turned off, made a point of getting up to go to the restroom and tell the mom and dad in passing, “My kids did that too, don’t worry about it.” Or, “Oh, that is such a sweet age, but so hard when they don’t understand,” or some other semi-meaningless comment or smile, simply to let the parents know they weren’t alone.

There wasn’t much anybody could to do help… but actually there was. And this was it. Overt kindness was the best (really the only) way to serve the parents and improve an awkward situation.

I really think if just a few more of the “ignore the situation” people would think through “how could I be KIND in this moment?”, the gripers and complainers might – just might – have been given an opportunity to think about another way to handle it. Because they would see role models right in front of them.

Bottom line: as I am getting my eardrums blasted right this minute, I think that the lessons of the shrieking-toddler-on-a-plane situation are far more about us and our need to default to kindness, patience and contentment, than they are about how or whether to confront the parents of (supposedly) poorly-behaved children.

The Difference Between Saying “Thanks” and Feeling Gratitude
Dr. Emerson Eggerichs