What We Tell Our Kids About Santa 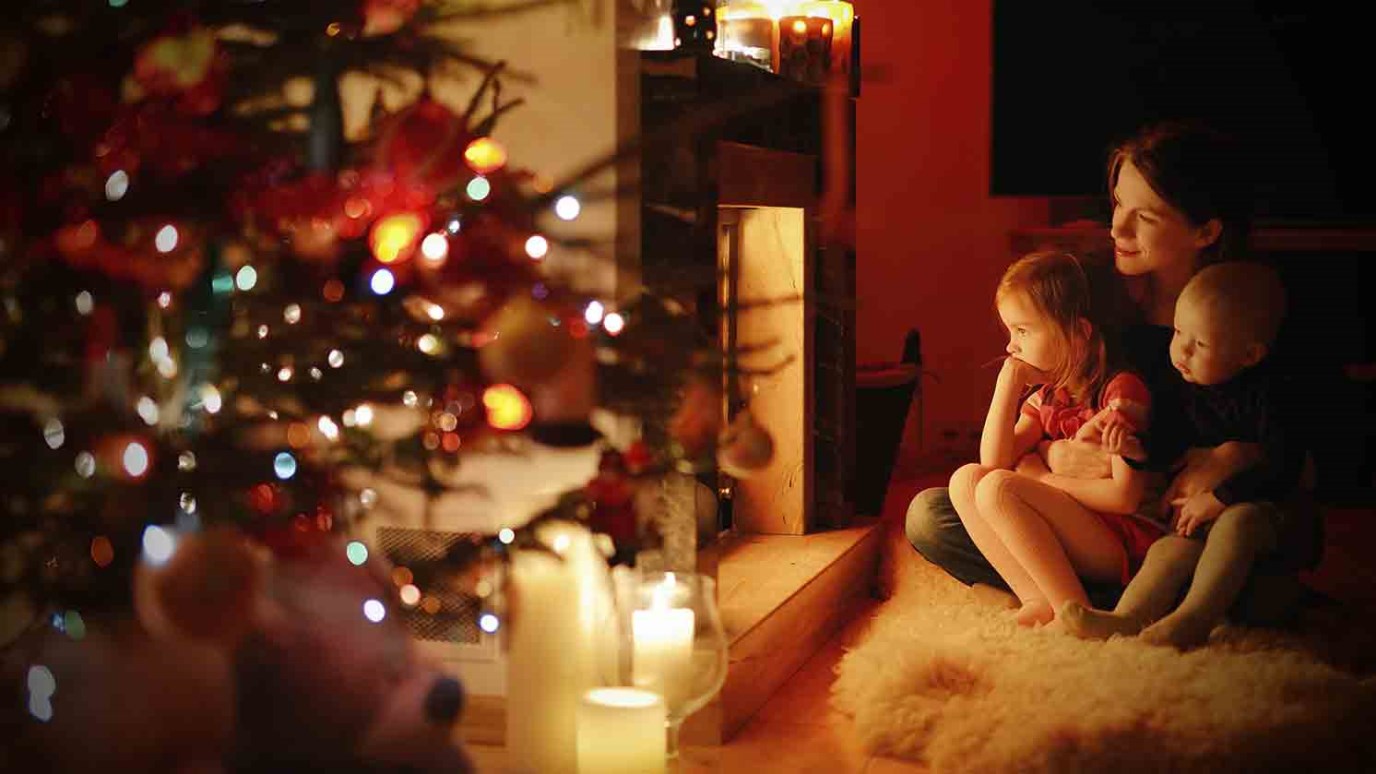 When it comes to cultural issues like Santa, Christians have three options: we can reject it, we can receive it, or we can redeem it.

When it comes to cultural issues like Santa, Christians have three options: (1) we can reject it, (2) we can receive it, or (3) we can redeem it.

Since Santa is so pervasive in our culture, it is nearly impossible to simply reject Santa as part of our annual cultural landscape. Still, as parents we don’t feel we can simply receive the entire story of Santa because there is a lot of myth built on top of a true story.

So, as the parents of five children, Grace and I have taken the third position to redeem Santa. We tell our kids that he was a real person who did live a long time ago. We also explain how people dress up as Santa and pretend to be him for fun, kind of like how young children like to dress up as pirates, princesses, superheroes, and a host of other people, real and imaginary. We explain how, in addition to the actual story of Santa, a lot of other stories have been added (e.g., flying reindeer, living in the North Pole, delivering presents to every child in one night) so that Santa is a combination of true and make-believe stories.

We do not, however, demonize Santa. Dressing up, having fun, and using the imagination God gave can be an act of holy worship and is something that, frankly, a lot of adults need to learn from children.

What we are concerned about, though, is lying to our children. We teach them that they can always trust us because we will tell them the truth and not lie to them. Conversely, we ask that they be honest with us and never lie. Since we also teach our children that Jesus is a real person who did perform real miracles, our fear is that if we teach them fanciful, make-believe stories as truth, it could erode confidence in our truthfulness where it really matters. So, we distinguish between lies, secrets, surprises, and pretend for our kids. We ask them not to tell lies or keep secrets, but do teach them that some surprises (like gift-giving) and pretending (like dressing up) can be fun and should be encouraged. We tell them the truth and encourage them to have fun watching Christmas shows on television and even sitting on Santa’s lap for a holiday photo if they so desire.

The Truth about Santa Claus

The larger-than-life myths surrounding Santa Claus actually emanate from the very real person of Saint Nicholas. It is difficult to know the exact details of his life with certainty, as the ancient records are sparse, but the various pieces can be put together as a mosaic of his life.

Nicholas was born in the third century in Patara, a village in what is now Turkey. He was born into an affluent family, but his parents died tragically when he was quite young. His parents had raised him to be a devout Christian, which led him to spend his great inheritance on helping the poor, especially children. He was known to frequently give gifts to children, sometimes even hanging socks filled with treats and presents.

Perhaps his most famous act of kindness was helping three sisters. Because their family was too poor to pay for their wedding dowry, three young Christian women were facing a life of prostitution until Nicholas paid their dowry, thereby saving them from a horrible life of sexual slavery.

A Bishop and Saint

Nicholas grew to be a well-loved Christian leader and was eventually voted the Bishop of Myra, a port city that the apostle Paul had previously visited (Acts 27:5–6). Nicholas reportedly also traveled to the legendary Council of Nicaea, where he helped defend the deity of Jesus Christ in A.D. 325.

Following his death on December 6, 343, he was canonized as a saint. The anniversary of his death became the St. Nicholas holiday when gifts were given in his memory. He remained a very popular saint among Catholic and Orthodox Christians, with some two thousand churches named after him. The holiday in his honor eventually merged with Christmas, since they were celebrated within weeks of one another.

During the Reformation, however, Nicholas fell out of favor with Protestants, who did not approve of canonizing certain people as saints and venerating them with holidays. His holiday was not celebrated in any Protestant country except Holland, where his legend as Sinterklass lived on. In Germany, Martin Luther replaced him with the Christ child as the object of holiday celebration, or, in German, Christkindl. Over time, the celebration of the Christ child was simply pronounced Kriss Kingle and oddly became just another name for Santa Claus.

The legends about Santa Claus are most likely a compilation of other folklore. For example, there was a myth in Nicholas’ day that a demon was entering people’s homes to terrorize children and that Nicholas cast it out of a home. This myth may explain why it was eventually believed that he came down people’s chimneys.

Also, there was a Siberian myth (near the North Pole) that a holy man, or shaman, entered people’s homes through their chimneys to leave them mushrooms as gifts. According to the legend, he would hang them in front of the fire to dry. Reindeer would reportedly eat them and become intoxicated. This may have started the myth that the reindeer could fly, as it was believed that the shaman could also fly. This myth may have merged with the Santa Claus myth, and if so, explains him traveling from the North Pole to slide down chimneys and leave presents on fireplace mantles before flying away with reindeer.

These stories of Santa Claus were first brought to America by Dutch immigrants. In the early twentieth century, stores began having Santa Claus present for children during the Christmas season. Children also began sending letters to the North Pole as the legends surrounding an otherwise simple Christian man grew.

In sum, Saint Nick was a wonderful man who loved and served Jesus faithfully. So, we gladly include him in our Christmas traditions to remind us of what it looks like for someone to live a life of devotion to Jesus as God. Our kids thank us for being both honest and fun, which we think is what Jesus wants.

Addictions: One Reason Not to Take the Easy Road
Dr. Tim Elmore

How to Help Your Middle School Girl Thrive
Dr. Randy Carlson
Follow Us
Grow Daily with Unlimited Content
Uninterrupted Ad-Free Experience
Watch a Christian or Family Movie Every Month for Free
Early and Exclusive Access to Christian Resources
Feel the Heart of Worship with Weekly Worship Radio
Become a Member
No Thanks