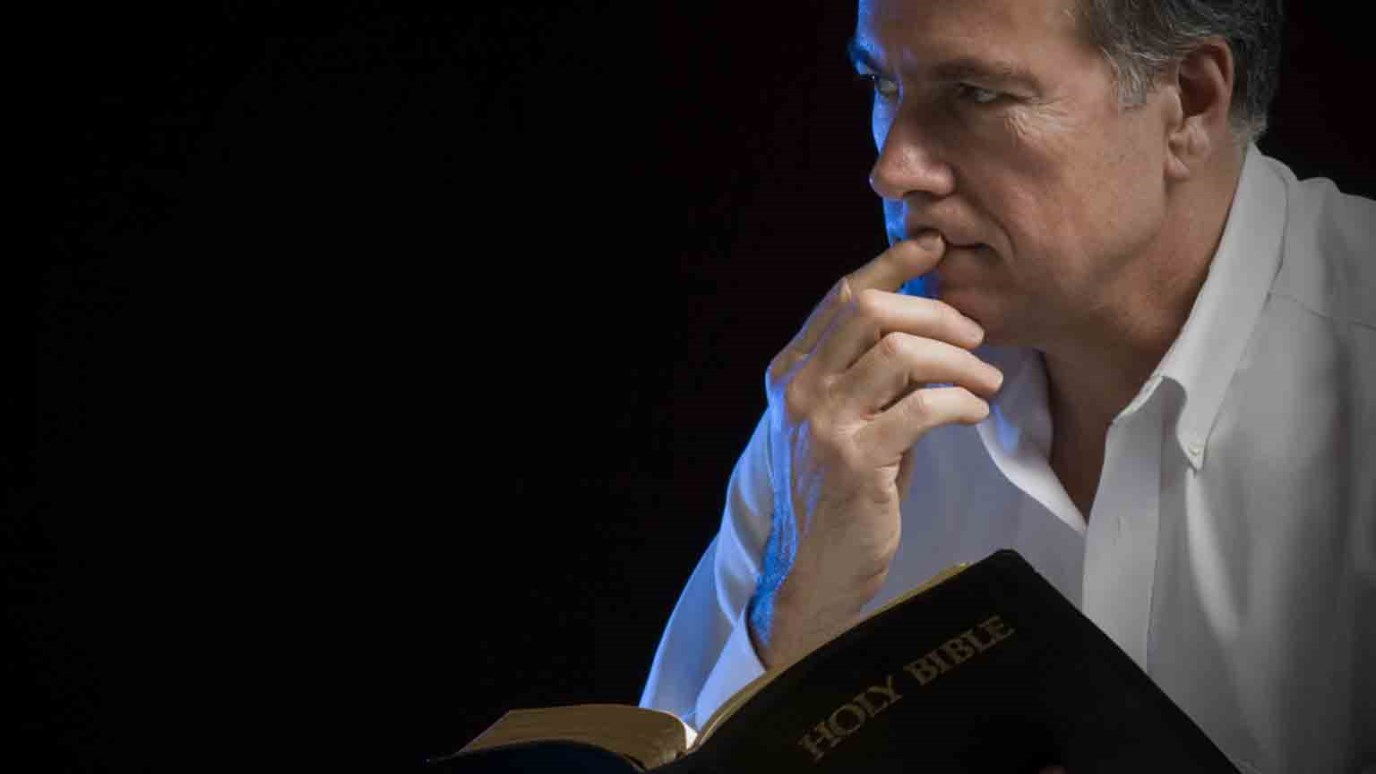 Learn three reasons why Bible engagement is down — and three ways we can change that.

Bible Gateway is the most-visited Christian website. Millions of visitors from more than 200 countries regularly come to set up personal accounts and freely read, hear, search, study, compare, share, and engage the Bible in 70+ languages and 200+ versions.

At the beginning of time, God’s Word set life in motion. And God’s Word was passed on orally to redeem life. His Word went on to be written. The Word even became flesh and dwelt among us. Now God’s Word is digitized.

For many of the nearly two billion smartphone users in the world, getting searchable Bible text in their language for free is merely a tap away. Digitization has meant mass distribution in the blink of an eye.

The American Bible Society’s State of the Bible 2015 study shows that 50 percent of Americans read the Bible online — that’s up 6 percent from the 2014 report.

Perhaps even more staggering is that all this Bible reading isn’t happening silently. Bible verses are being shared more than ever on Facebook, Twitter, and other social networks.

It’s no wonder polls show people believe that having the Bible available digitally has helped them read it more today than in years past.

But is Bible engagement actually happening in our digital world?

The truth is, all this digital accessibility, all the hours spent reading Scripture on our laptops and mobile devices, all of these verses broadcast out to our friends via social media may not be having the impact we might expect on Bible engagement and Christian maturity — on our understanding and application of Scripture, on biblical literacy, on our connection to church and Christian community, on our lens for seeing and serving a broken world.

With the Bible more digitally accessible and shared than ever before, why are these numbers going in the wrong direction?

Scripture was written by many different authors and in a variety of literary styles, over a vast period of time, in languages many of us don’t speak, referring to historical and cultural contexts that are unfamiliar to us.

And then there’s the content. The gospel is a stumbling block and we know it.

It’s admittedly not supposed to be easy. It’s the Word of God, after all. What is available to be unlocked inside this book is the mystery of God himself. Even the most holy and educated Bible scholars struggle.

In other words, just because the Bible is accessible doesn’t make it understandable.

That’s all the more true under the constraints of social media.

We necessarily soundbite and re-translate Scripture to fit into 140 characters or make use of popular hashtags. While on the one hand that increases the distribution of the Word in our modern world, it also takes something away. We don’t gain a comprehensive understanding of this complex book when we snip it down to only the pieces we want to read, and only one bit at a time.

Don’t forget, people with agendas to debunk Christianity also have access to the Bible and social media, and they use soundbites, too.

That doesn’t mean we should stop sharing. It just means we need to be mindful that the boundaries of social media can prevent us from fully capturing the power and mystery of God’s Word, and that every Bible verse soundbite likely includes some degree of personal interpretation, for better or worse.

Social media itself can be poisonous.

A study by the University of Michigan confirmed that “social networks make us anti-social.” The more time we spend on the Internet — particularly Facebook — the lonelier and more depressed we feel. The theory is that when we review Facebook, we compare our friends’ highlight reels with our mundane daily realities — which isn’t fair, but it’s what we do. It leads to negativity, resentment, isolation, alienation.

That’s the opposite of the outcome we hope to achieve with our online evangelism efforts.

So, how do we reimagine the Word? Consider these three ways we — the church — can creatively and locally lock into the power of God’s Word to reimagine how we communicate it in this digital age:

Remember your reverence for Scripture. Don’t mistake words for THE WORD. John 1:1 reminds us that the Word is God. So, let us revere Scripture and worship God in so doing.

Read your Bible. That is an excellent way to honor it.

Study and share not just the verses, but the context, the history, the complexity. And don’t over-interpret. Let the Holy Spirit speak.

Multiple verses in Scripture remind us that the Word lives in each of us; so don’t mistake engaging with Bible text for engaging with the Word as manifested in each other.

Don’t hit the send button on an email or Tweet when what you need to do is pick up the phone and talk to your friend in need; don’t substitute a status update for meaningful relationship.

Don’t just broadcast when you can disciple.

In Scripture (e.g., Hebrews 10:24-25), God commands us to pursue true community. The church was built by Christ, to bring us into communion with him and with each other. Because God knows that we’re better together, that in a community of authentic relationships guided by his Word, we mend each other’s brokenness, and we have both the mandate and privilege of building one another up — of engaging with the Word of God that we find not just in the Bible, but in each other. We have the right tool.

“ . . . so is my word that goes out from my mouth: It will not return to me empty, but will accomplish what I desire and achieve the purpose for which I sent it.” (Isaiah 55:11)

Despite technology surrounding us, God is still in control. His Word is flawless. Read it; share it; live by it — both digitally and physically.

The Deadly Machaira: Do You Use It?
Patricia Holbrook

Do You Know Him?
Beth Jones
Follow Us
Grow Daily with Unlimited Content
Uninterrupted Ad-Free Experience
Watch a Christian or Family Movie Every Month for Free
Early and Exclusive Access to Christian Resources
Feel the Heart of Worship with Weekly Worship Radio
Become a Member
No Thanks