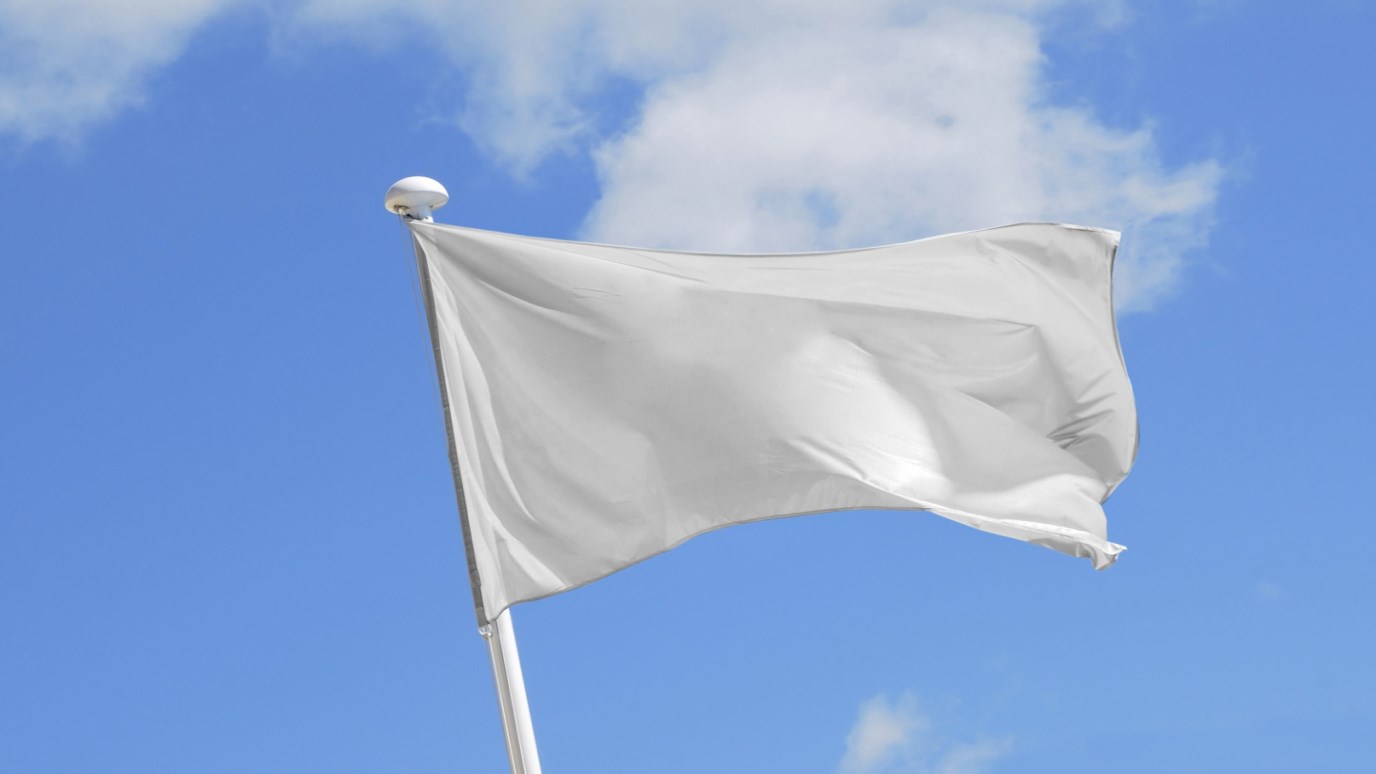 Is there something you’ve surrendered He wants you to thank Him for?

In my ministry, I often find myself using the word “surrender.”

The word comes from “Old French,” and dates back to the 1400’s. It first meant “to give (something) over” or “to give back." A hundred years later, it started being used in a military sense, like a prisoner might “give himself up.”

Thus, when we think about surrender, we picture the tattered, bloodied and worn-out soldiers in war movies. Surrender is never their idea. It’s always after something bad happens and it’s always to the bad guys. Ambushed and surrounded--to resist is certain death. Hands go in the air, weapons drop to the ground. Soldiers give over their will to the will of the other guys. They give up control. By surrendering, they yield their freedom in exchange for their lives.

Maybe one of the reasons it’s hard for us to “surrender our lives to Christ” is because of these images.

Maybe we should go back to the original use of the word: " to give yourself over”.

But what happens after surrender? After we surrender specific issues and situations?

Christ-followers surrender stuff to God pretty easily. We surrender our sick and dying to God. “Your will be done,” we pray. We surrender our messed-up marriages. We ask Him to take over our prodigal children when we have no clue what to do next. Money is about the last thing we surrender because it works the opposite way. We like money because it gives us a sense of power. We’re powerless over the other stuff. Glad to surrender it.

Suppose we surrender and it doesn’t go well. What if the tumor grows? The prodigal child stays prodigal? The foreclosure still happens? What then?

Say "thank you." As soon as you can, thank God for it.

When we surrender to an all-powerful, all-knowing, all loving, all good God, whatever comes our way is for our good. It may hurt. It may even kill us. But when we see things from the long view that God sees, we can say "thank you" and keep going. It makes no common sense but a lot of things about a supernatural God go beyond common sense.

Four years ago, I was diagnosed with interstitial lung disease. I surrendered it to God from the get-go. Last week I finally thanked Him for it.

Don’t get me wrong. I’m no martyr. No spiritual giant. Thanking Him was His idea, not mine. I just obeyed. I was sitting with a friend who has all kinds of family issues when that "still, small voice" said, “Thank me for your lung disease.” I thought about it until I got home and then I just did it. I discerned it was God prompting me…prompting me to thank Him for what I couldn’t ever imagine thanking Him for.

I can’t tell you today what it all means. All I know is that since I thanked Him I’ve been closer to Him. Maybe I was taking a "wait and see" approach to see if surrender was going to bring me health--or death. Since I obeyed and thanked Him, it seems less important. I’m even more grateful for each day He lets me live.

Thanking God for what we’ve surrendered before we know the outcome requires faith that only He can provide. This is a faith in a God we know is good - no matter what happens.

Question: Is there something you’ve surrendered He wants you to thank Him for?

Are There Different Kinds of Prayer?
Kenneth Copeland Ministries
Follow Us
Grow Daily with Unlimited Content
Uninterrupted Ad-Free Experience
Watch a Christian or Family Movie Every Month for Free
Early and Exclusive Access to Christian Resources
Feel the Heart of Worship with Weekly Worship Radio
Become a Member
No Thanks