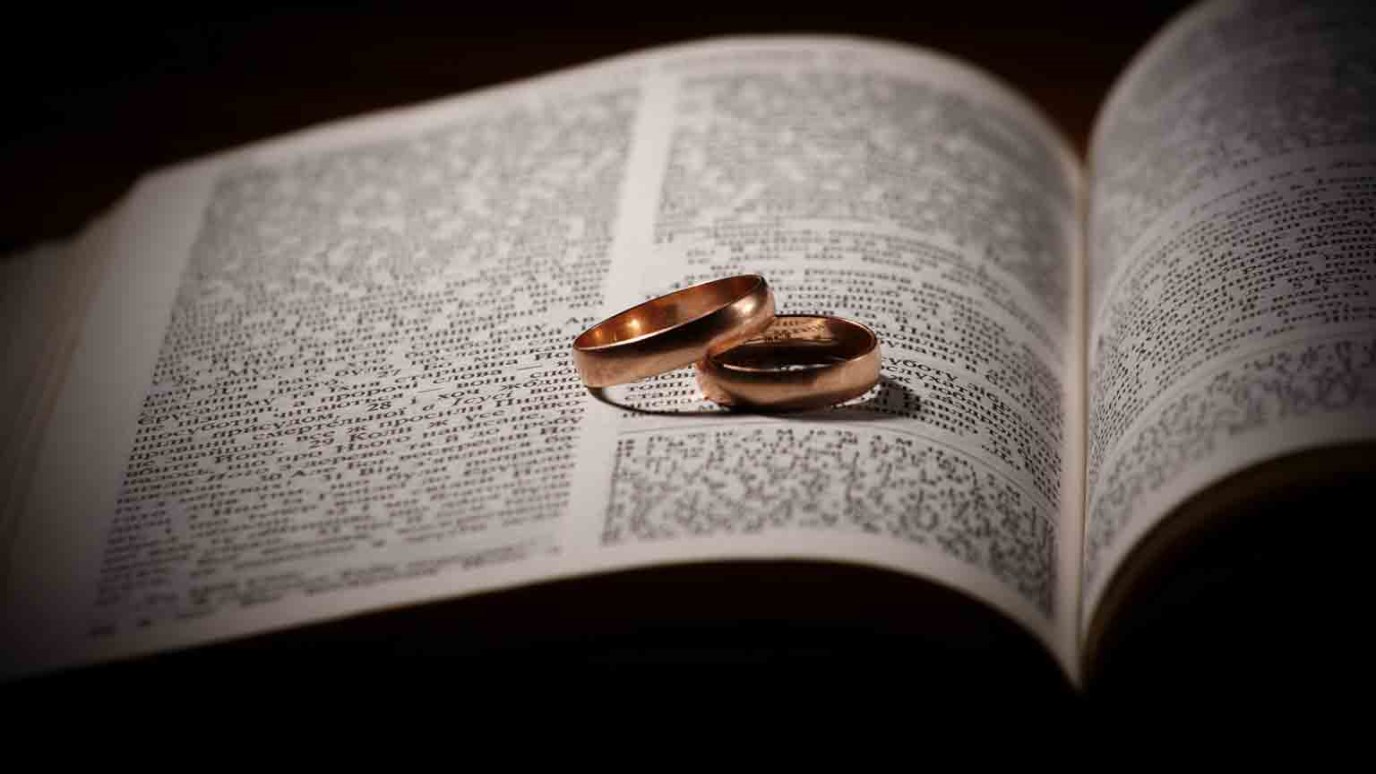 Sometimes separation and divorce may be necessary, but it's not the way it's supposed to be. Let's strive to live in relationships that reflect God's crazy, forgiving love for us.

Month after month, studies paint a bleak picture of the state of marriage in our culture.

Marriages have become disposable. When my marriage no longer benefits me, or if I no longer feel the romance, I can ditch the relationship--it's not worth the effort.  Living together before marriage undermines a deep sense of commitment, yielding higher rates of divorce.The coming trend is choosing not to marry at all, with children born out of wedlock as the new norm.

At the core of these trends is a sense that marriage is essentially a contract between two people. As long as each gets what they bargained for, the deal stays on. If not, it's off. It's an entirely business-like view--horizontal, performance-oriented, and isolated to the bride and groom.

In highest contrast, the Roman Catholic church views marriage as a sacrament, in essence an act of God, not the bride and groom. God himself binds these people together, and no one is even able to sever the bond. Divorce is not humanly possible by definition. Annulment is possible only if the marriage was fraudulently entered or never consummated, effectively declaring the marriage as having never existed. Moreover, as a sacrament, marriage is redemptive, meaning a spouse can be saved through a believing partner.

But one of the effects of this view is that this vertical definition of marriage is held in a higher regard than the relationship within the marriage itself. A couple could be utterly destructive to one another, but would be still married until death. It's our sense that marriage as a sacrament is likely too vertical.

At Family Fire, we would suggest that marriage is, horizontally, more Covenant than Contract, and vertically, it still involves God's action though people can indeed damage and destroy what God intended to endure.

Marriages are covenants, meaning they carry more moral and social weight than a mere performance contract.

One aspect of that weight is simply that it's morally wrong to break the promise of not parting until death. In a business contract, if someone fails to perform, they don't get paid, end of story. And a good contract always includes language providing for the dissolution of the agreement. It's not wrong, just business. But a covenant is a moral calling, a vocation to live into, even in the face of difficulties. Failing to fulfill a covenant is a moral failure, involving wrongdoing and the effects of sin. There's no getting out without personal and moral damage. In short, failing to honor your spouse also means failing to honor your own integrity.

Another aspect is that there are more people involved from the start than the bride and groom. Since no one exists in isolation, marriage is a family and social structure. Couples are bonded to each other, but also the families into which they marry, not to mention children that a marriage may produce. And beyond families, society at large has an interest in stable homes--even at a civic level, stable marriages and families matter, enhancing or damaging communal life. Failing to honor your spouse means dealing damage to all around you.

Vertically, in the simplest sense, Covenant vows are made and sealed before God, calling God to bear witness to our promises and hold us accountable for failing to meet them. Marriage should in part be seen as obedience to a divine calling which is total, exclusive, and permanent. Marriage is a living covenant with spouse and God.

Moreover, covenant marriages are God's design and intention. The horizontal, human damage wrought when marriages fail is evidence enough that we were designed to be married for a lifetime. Dealing damage to God's design and image bearers is a sin against God himself. To love, cherish, and honor a spouse given by God honors God himself. Conversely, dishonoring a spouse is a vertical affront to God.

However, while God is intimately involved in in designing marriage and upholding us in it, it's too much to say that marriage is a full sacrament, an act of God alone. Marriages can indeed be broken by sin, and scripture itself assumes some marriages will fail. When the Bible talks of divorce, it speaks in terms of how it should be handled, not in terms of it's possibility. Scripture assumes divorce will happen.

Yet, marriage certainly carries sacramental qualities. Sacraments point to the love of God for his people, and how Christ gave himself for his bride the church. That Image alone begins to illuminate God's design for marriage and how it echoes God's love for us. When a spouses receives one another as gifts of God, and when they forgive and hold to one another even as they fail one another repeatedly, such unconditional love bears witness to the God who pursues his sinful people. When a couple can still hold hands after 50 years, it shouts loudly that grace is a gift of God. Healthy marriages reflect God’s love and forgiveness to each other, our children, our neighbors, our whole communities.

Therefore when the Pharisees asked Christ just how easy it should be to get divorced, Christ redirected their question. Divorce should not be taken lightly, for God called us into relationships that are intended to be permanent, said Jesus.

Brokenness of people can result in broken marriages, but that is not the way it's supposed to be. Everyone may need advice and counseling now and again, and distressed couples should be committed to counseling to work through their issues and restore their marriage relationships. But sometimes this is not possible. In cases of abuse, it may not even be safe. Sometimes separation and divorce may be necessary. But it's not the way its supposed to be. Let us rather strive to live in relationships that reflect God's crazy, forgiving love for us.

The Problem With Pedestals
Mike Glenn