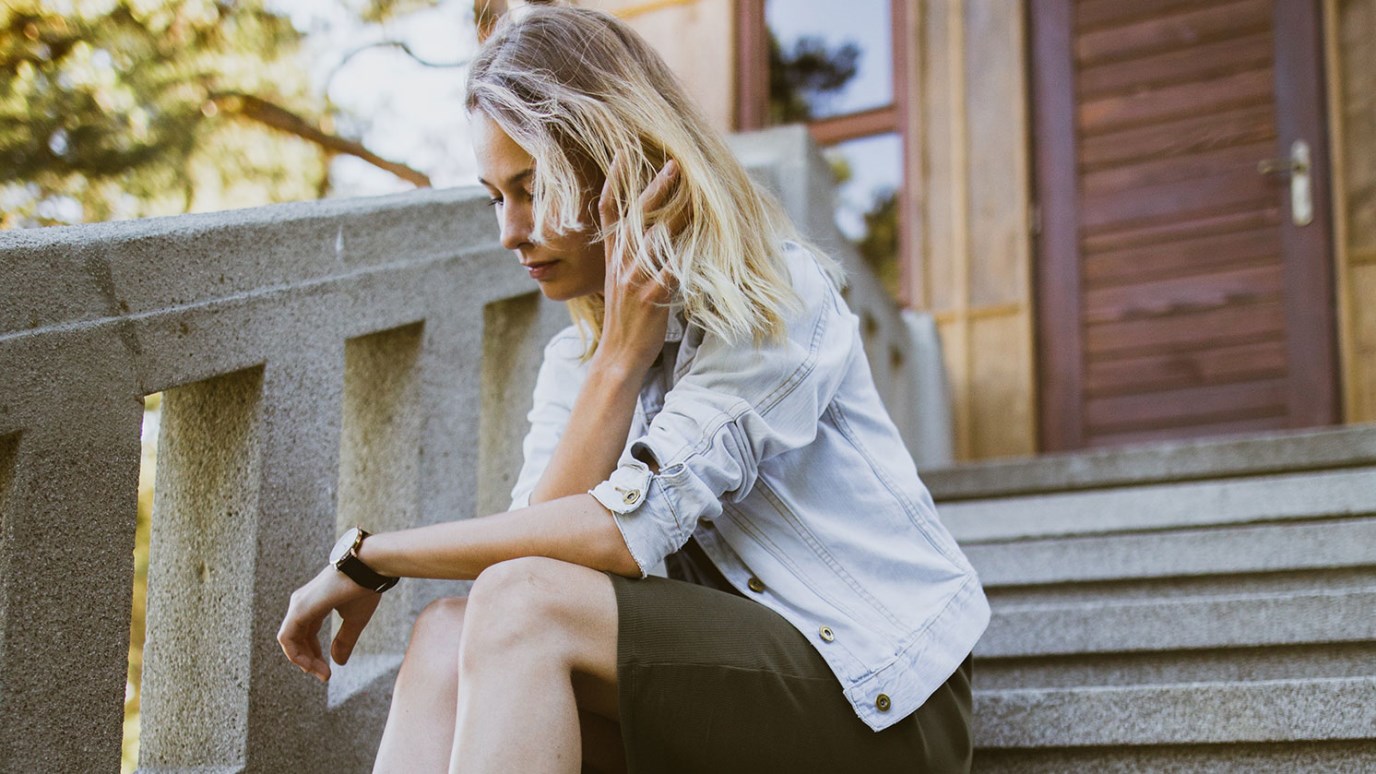 Is it possible to have a godly marriage if you’ve never seen it modeled? Yes!

My parents are divorced.

That sentence has been true for two-thirds of my life, and sometimes I still wince when I say it. Because it misses God’s best, divorce is always painful. I’ve been walking around with pieces of shrapnel in my heart from my parents’ divorce for more than two decades. Maybe that’s why Megan’s question jumped out at me from the comment section on a post I had written about marriage:

“How do you know what a godly marriage looks like if you’ve never seen one?” Megan wrote.

I don’t know the specifics of Megan’s circumstances or of yours. But I’m sure many of you come from homes where God’s standard of one man loving one woman for a lifetime isn’t reality. Maybe, like me, your parents are divorced. Maybe they wish they were. Maybe they were never married to begin with. Maybe you have a front-row seat to a marriage that involves abuse, adultery, bitterness, or disfunction. I:f what happens behind your front door feels less like happily ever after and more like miserable forevermore, I know what emotions might start to swirl when you think of your own future marriage vows. Feelings like:

If you look around you and think, There’s not a single marriage in my world that looks like what I want, I want you to know, I’ve been there. I’ve thought that. But I don’t think that way anymore. If you’ve never seen God’s plan for marriage modeled and that makes you feel hopeless, anxious, or frustrated, there’s hope. Consider following in my footsteps by taking these three steps.

Let’s do a quick study of marriage in the Bible.

First, there’s Abraham and Sarah. Sure, they became the parents of a great nation and go down in God’s Word as superheros of our faith (Heb. 11:8–12), but their marriage wasn’t exactly the stuff romance novels are made of. The Bible records that deception (Gen. 12:18–20,20:1-8), manipulation (Gen. 16:2), and disappointment ( Gen. 16:1) were part of Abraham and Sarah’s marriage.

Flip ahead a few chapters in the Bible and we find David and Bathsheba. Yes, they were passionate about each other, but their story didn’t exactly end with a romantic ride off into the sunset. They sinned big time, and that sin left a mark on their marriage (2 Sam. 11).

The story of Boaz and Ruth reads like a fairy tale. Ruth is poor and desperate, akin to Cinderella. Boaz notices her beauty and takes her as his bride, just like Prince Charming. But don’t skip over the beginning of the story too quickly. Ruth was a widow, left destitute by the death of her husband, father-in-law, and brother-in-law. Boaz may have been her knight in shining armor, but Ruth didn’t find him until after she watched her dreams shatter into a million pieces.

In the New Testament we find Priscilla and Aquila. They ministered side by side for the advance of the gospel, just like I want to do in my own marriage. But life wasn’t always butterflies and rainbows. They met the apostle Paul only after they were forced to leave their home and relocate (Acts 18:2). There was no fat savings account or HGTV-worthy starter home for these two. Life was hard, and they faced it together.

You can look at that list and the marriages around you and have one of two reactions:

You can throw up your hands in defeat and think, No one can make this marriage thing work. There’s no way I want to be married, giving up all hope of a healthy, holy marriage for yourself.

You can dig deeper and see the truth. Every single marriage is a union between two sinners. It’s not a picture-perfect bride and groom poised on the top of a delicious cake. At it’s very best, marriage is a relationship between two people in desperate need of heaping portions of God’s grace.

That doesn’t mean that happy marriages don’t exist. But it does mean we need to stop looking for perfect marriages as our guide and instead look to flawed marriages between flawed people in the hopes of finding Jesus at work.

2. Look outside your family.

I hope that you have a mom and dad who model the beautiful portrait of marriage outlined in God’s Word (Eph. 5:22–33). But if that’s not your reality, you don’t have to feel like a ship without a sail. Part of the reason God has given us the gift of the Church is so that we have a living lesson plan of what it looks like to live out our faith.

Titus 2:3–5 is a favorite passage of mine. Maybe that’s because it’s been a beacon of hope and healing for me as I’ve tried to discover what God’s best can look like despite coming from a broken home.

Older women likewise are to be reverent in behavior, not slanderers or slaves to much wine. They are to teach what is good, and so train the young women to love their husbands and children, to be self-controlled, pure, working at home, kind, and submissive to their own husbands, that the word of God may not be reviled.

Who is supposed to teach you the in’s and out’s of being a godly woman? Other women! Ideally, your best teacher is your mom, but if that’s not the case, that doesn’t mean you cannot discover biblical womanhood.

Start looking around at your church and asking these questions:

Then ask to spend some time with them. Tell them that you admire their marriage and want to know how to have your own godly marriage some day. Offer to come over for a few hours per week and help with kids, chores, etc. Ask the wife if she’d be interested in doing a Bible study with you. It doesn’t have to be formal or fancy. Just be bold in spending more time with couples from your church who are making it work.

I hope your home offers an examples of godly marriage. If not, look around your church. If you still can’t find a healthy marriage to emulate, we’ll be right here on the blog. We’re not perfect women, and those of us who are married aren’t doing so perfectly. But we do love Jesus, and we love you. We’d love to continue to talk to you about how to make marriage work.

3. Trust God to smooth out the rough places.

There’s a reason that divorced families are often called “broken families.” The heartache, separation, and pain caused by divorce is not God’s best. It takes something that is meant to be a picture of Christ and the Church and cracks it.

God loves to repair what has been shattered. Ask God to do Isaiah 42:16 for you.

And I will lead the blind in a way that they do not know, in paths that they have not known I will guide them. I will turn the darkness before them into light, the rough places into level ground. These are the things I do, and I do not forsake them.

How to Breathe New Life Into Your Marriage
Dr. Jack Graham

Telling What We Know
Mike Glenn

The Key to Building a Successful Marriage
Dr. Jack Graham
Follow Us
Grow Daily with Unlimited Content
Uninterrupted Ad-Free Experience
Watch a Christian or Family Movie Every Month for Free
Early and Exclusive Access to Christian Resources
Feel the Heart of Worship with Weekly Worship Radio
Become a Member
No Thanks