What He's Thinking When You Frown 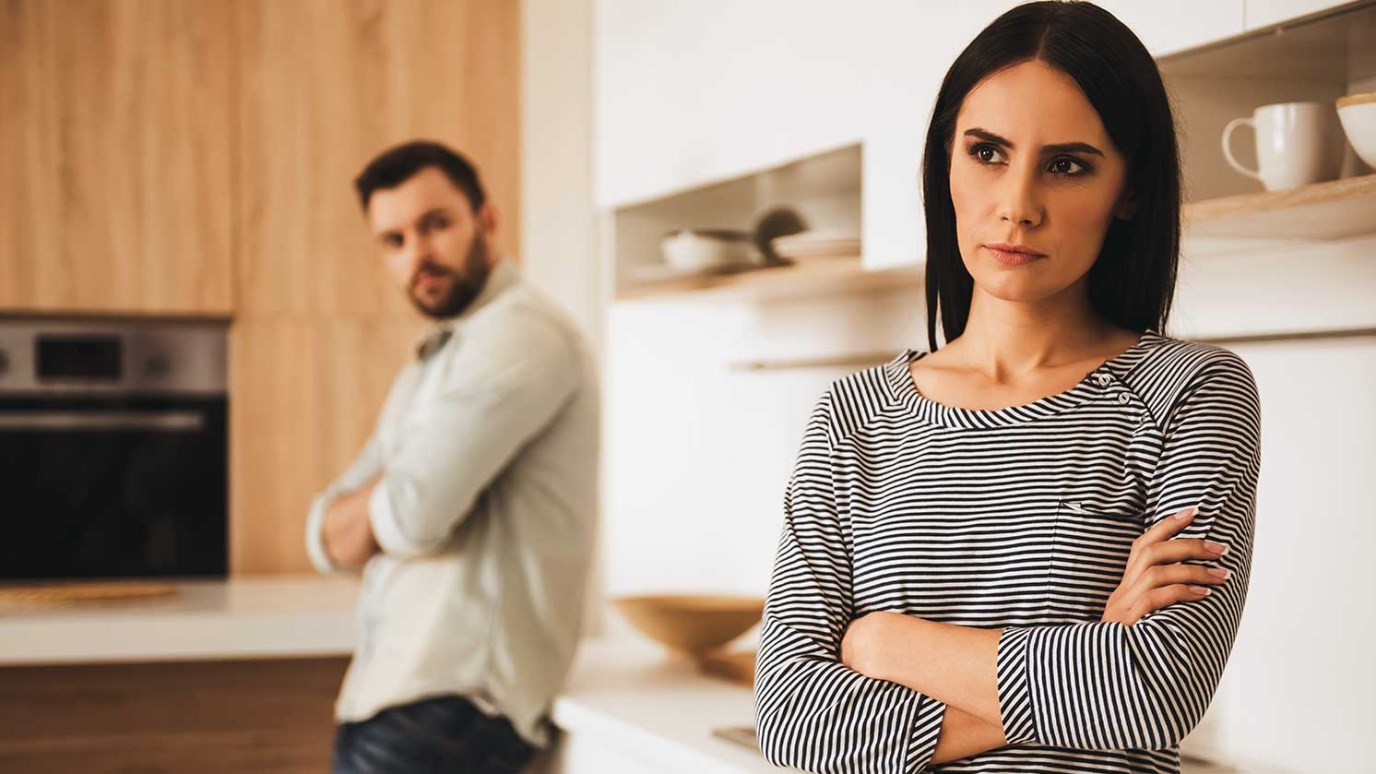 After speaking at some awesome women’s events recently (shout out to the ASPIRE women’s conference tour!), I was going through security at a Florida airport when I saw a real-life example of a truth about men. There were two grade-school children, a pretty wife with a frown, and a discouraged husband in the security line after a family spring-break vacation.

I could tell that for the husband … it hadn’t been much of a vacation. And I would also bet that the wife had no idea.

When a TSA officer directed me to a different station, I ended up essentially cutting in front of this family, and I apologized. The wife frowned, but the husband smiled and willingly waved me forward, even though I’m sure they were in a hurry as well. I said “Thanks! You’re a good man!”

A hard-to-identify expression briefly flickered on his face – wistfulness? sadness? discouragement? – but he seemed like a jokester sort, so he quickly chuckled. “Thanks,” he said. “This one here doesn’t think so, of course.” He jokingly gestured to his wife, who was looking around the security area rather than listening to our conversation.

A moment later, in a mild tone but with a frustrated expression, she said, “Honey, why did you pick this line? Why aren’t we in that short one over there?”

Again, the fleeting expression. He pointed out that that was the Pre-Check line, not the regular one, they were almost at the ID check, would be through security soon, and asked the kids, “Did you have fun?” When the kids said, “YES!” I again said, “Good man!”

He jovially said, “Well, maybe you can share that opinion with her. If you’re on the Jersey flight, tell her that!”

He had no idea how many buttons he was hitting in me at that moment. He didn’t know I was a social researcher who had written a best-selling book to help women understand men, or how all my antennae were up, telling me that this was a deeply discouraged husband. He had no idea how much I wanted to pull that sweet, clueless wife aside, or how much I wished I hadn’t sold out of For Women Only at the conference so I had one to give to her.

Yet I couldn’t go barging in on something that was not my business. So I’m left to write this article instead. Here is what I wished I could have shared with her from my research: what your man is thinking when you frown – and when he sees you pleased instead!

His first thought: “I’m failing you as a husband.”

Every man wants to make his wife happy. According to our surveys for The Surprising Secrets of Highly Happy Marriages, that is one of THE motivating factors for the vast majority of men. I will confess that I originally felt it was disingenuous when heard men say, “I just want to make my wife happy.” I assumed they were only saying that because they felt they were supposed to.

And then somewhere along the way, I realized: they actually MEAN it! And it isn’t just that a man loves his wife and thus wants her to be happy in some stand-alone way. No … HE wants to be good at getting her to the point where she is happy and satisfied, and feels secure and loved.

We women so easily forget that our man has a deep, secret insecurity about whether he is any good at what he tries to do. One of the main, secret, questions in his heart is “Am I any good as a husband to you?” And in his mind, that question is answered by whether you are happy – or not.

So as you can imagine, a man is powerfully motivated to see you smile, not frown. A frown means that you aren’t happy – and thus that he failed at his most important duty.

We don’t realize it, but when we say (especially with a frown), “Honey why did you pick this long security line instead of that short one over there?” we are telling him that he is a bit of an idiot. So he’s thinking, “If she thinks I’m not up to a little task, like picking a line at the airport, how am I ever going to be up to the task of something big – like being a good dad?”

I was longing to tell that wife at the airport: if you want all to be right with the world in your marriage, spend your time in the security line talking about how much fun you had on your vacation! Spend your time in the car on the way home reminiscing about what a great vacation it was and how thankful you are for his hard work (presumably) to get you all to Florida.

And if you really NEED to ask the question about why this line instead of that one, ask it in a way that assumes he’s not an idiot … that he had a reason. Like, “Honey, I know we were worried about catching the flight – is there a reason we couldn’t move to that line over there?” (“Yes, sorry, that’s Pre-Check.”)

We may think our men are “so oversensitive” if we have to be soooo careful about how we approach them. The key is to realize that they simply have a different pain point than we do. It isn’t “oversensitivity” – it is simply sensitivity to something that wouldn’t bother us!

But the good news is this: because of that sensitivity, he is also very sensitive to the positive points as well! Which leads to the final thought.

His thought when you smile: “I love her. So I love it when she is happy.”

Now, just in case you’re wondering: all this doesn’t mean we can’t raise issues that exist! But it can be so easy to get in a habit of raising those issues … and forgetting to smile. Let’s make an effort to show him when he makes us happy. Let’s focus on the excellent and good in life. After all, doing so will be better for both of us!

The Power of an Apology
Focus on the Family