What Guys Think about the Elephant in the Room 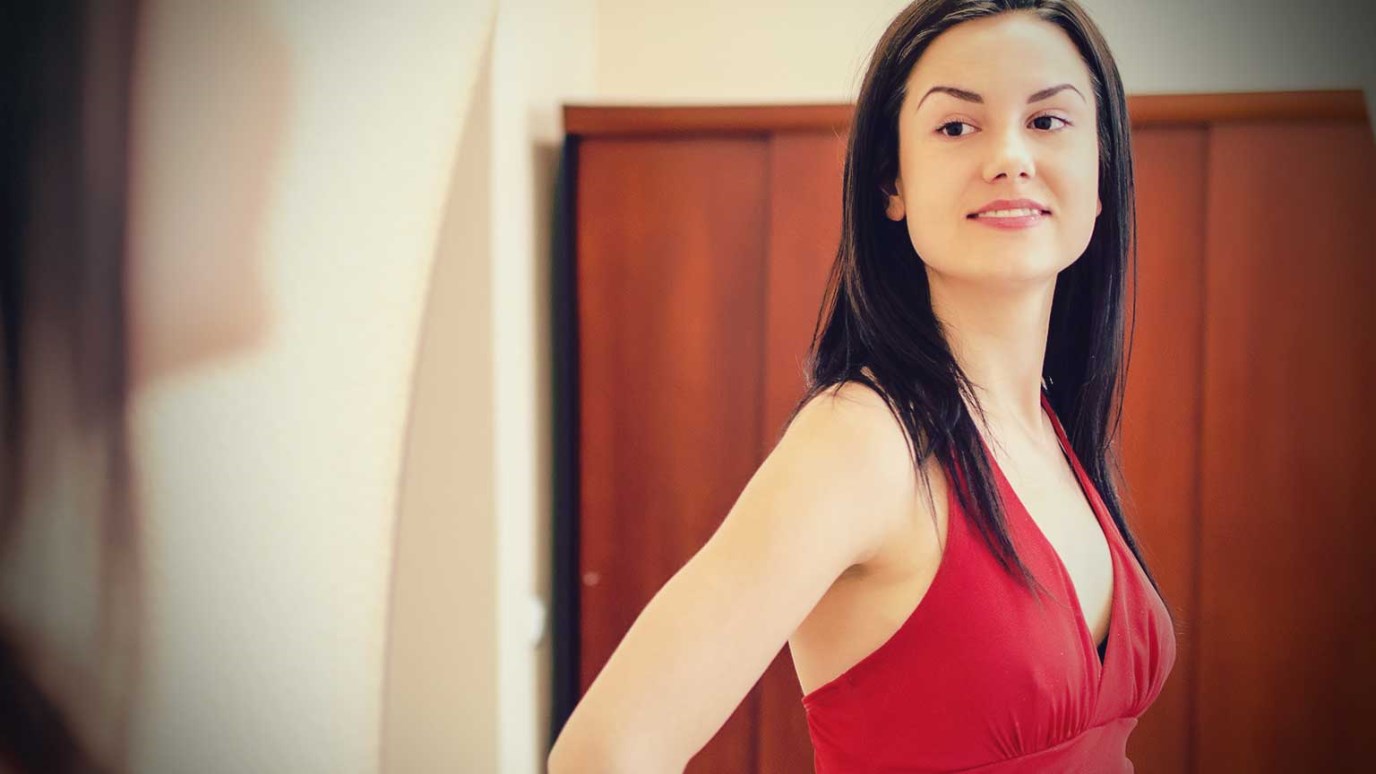 Do you dress modestly? Bethany Baird shares about the "elephant in the room" when it comes to our clothing choices and how you can bless and refuse to hinder the Christian guys in your life.

I’ve been watching and there seems to be a white elephant in the room. (That’s a subject that no one wants to talk about!) I’m not sure if it’s because we as girls feel awkward about it, or we don’t care, or that we’re just oblivious. But it’s time to start talking about the elephant.

The white elephant in the room is this: Christian girls showing off cleavage. (You know . . . that part of our bodies that we never talk about, but still sometimes show a little or a lot of!)

I have a feeling some of you are thinking, This is another legalistic post putting rules in the Bible that aren’t there. I hope not! This is simply a challenge to myself and to my sisters in Christ to rethink modesty in the area of showing off cleavage.

It’s a challenge to evaluate current modesty standards and see if there is any way we can become more of a blessing to the Christian guys around us. To help us think it through, here’s the inside scoop on what some godly guys think about cleavage.

“I don’t want to be dogmatic about it, but I would say that, in general, I do appreciate it when girls cover up cleavage . . .  it can be just a bit less distracting that way. Sometimes you can tell when a girl is trying to use the way she’s dressed as a way to get attention. It’s the spirit she has.”

“Almost every time a woman’s cleavage is left exposed before a man’s eyes, the man will mentally acknowledge that part of the woman’s anatomy, and be tempted to sin.

“Now, I understand that our culture’s dress code allows for women to show certain parts of their breasts. The sad fact of life, though, is that when men see a small part, it’s very easy for them to imagine the whole thing.

“I don’t want anyone to hear me say that girls are responsible for my sin if I lust after them though. I have the power that comes from Christ to cut off the chain immediately after I’m tempted and keep myself from sinning.

“I just want girls to know that I have a huge appreciation for those of you who are sensitive to the weaknesses found in their brothers in Christ, and who are kind enough to cover their intimate areas so that I am not sorely tempted to sin against God.”

“It’s confusing to me when Christian girls reveal cleavage. Our mission and aim as Christians is to show honor to God through what we do and showing off your cleavage to the world, I’m pretty sure, isn’t directing people’s eyes to God; it’s directing them to your body.

“I’d be honored and impressed if the girl I marry had realized early on what a precious gift her body was for me and my eyes alone and had decided not to reveal anything more than was necessary to the world.”

“When cleavage is revealed a whole new dimension (literally and mentally) to a girl’s body is opened up in a guy’s mind. It’s not like guys should try to ignore the fact that a girl’s body is different than his own. But just because guys know the difference doesn’t mean girls should let every guy see that difference.

“Showing cleavage also exposes and reveals a private part of your body that should be saved for the enjoyment of your future husband. It just takes away how special it is, and diminishes the value of that part of your body.”

Wow! Talk about an inside scoop!

Here is the good news: there are still godly guys out there who value you for more than just your body. There are single guys out there striving for purity. That is really encouraging! It’s so interesting to me that each one of those guys took the stance that cleavage was a distraction. We should take that to heart and apply it to our outfit selections.

Let me be crystal clear: the ultimate purpose and goal for having any modesty standards should be to honor Christ first. Our hearts should be focused primarily on honoring Christ in this area and as a result we will most likely bless your brothers in Christ. (Instead of dressing to bless guys first and God as an afterthought). The purpose of this post is simply to give you extra insight into a godly guy’s brain.

Putting it into action.

I want to challenge you to think through each of these guy’s comments and evaluate your current wardrobe. When you get dressed each morning ask yourself these questions:

If we each answered these questions honestly, I think it would change the way that we dressed. In the end it comes down to heart motivation. Do you desire to push your brothers in Christ towards purity? Do you desire to point their eyes towards Christ and not towards yourself?

When your heart’s desire is to point others to Christ and not yourself, dressing modestly becomes so much easier.

We’ve just heard from several single godly guys who each expressed appreciation for girls who desire to help guys out by covering up their cleavage. These guys aren’t against a woman’s beauty or body, they just want to preserve their hearts and eyes for their future wife’s body.

There is a time and place to show off all of your God given beautiful body, but until you’re married, it’s not the time. Just check out Proverbs 5:15–23 if you aren’t quite convinced of that. Or, take a quick scan in Song of Solomon and you will see that there is definitely a time to show off your beautiful body within the context of marriage.

Let me leave you with one more comment from a godly guy:

“Guys are 100% responsible for guarding their eyes and choosing not to lust. But it sure is a blessing when Christian girls choose to help us out by dressing modestly”

Let’s view our clothing choices as an opportunity to bless (not hinder) the Christian guys around us.

What Christian Guys Think of Makeup
Revive Our Hearts

What Should I Do with These Feelings?
Revive Our Hearts

Single Desire: How Can I Satisfy My Desire to Rescue a Man?
Dannah Gresh

How Long Should You Save That First Kiss?
Dannah Gresh
Follow Us
Grow Daily with Unlimited Content
Uninterrupted Ad-Free Experience
Watch a Christian or Family Movie Every Month for Free
Early and Exclusive Access to Christian Resources
Feel the Heart of Worship with Weekly Worship Radio
Become a Member
No Thanks