What Does it Take to ‘Pass the Baton’ of Faith? 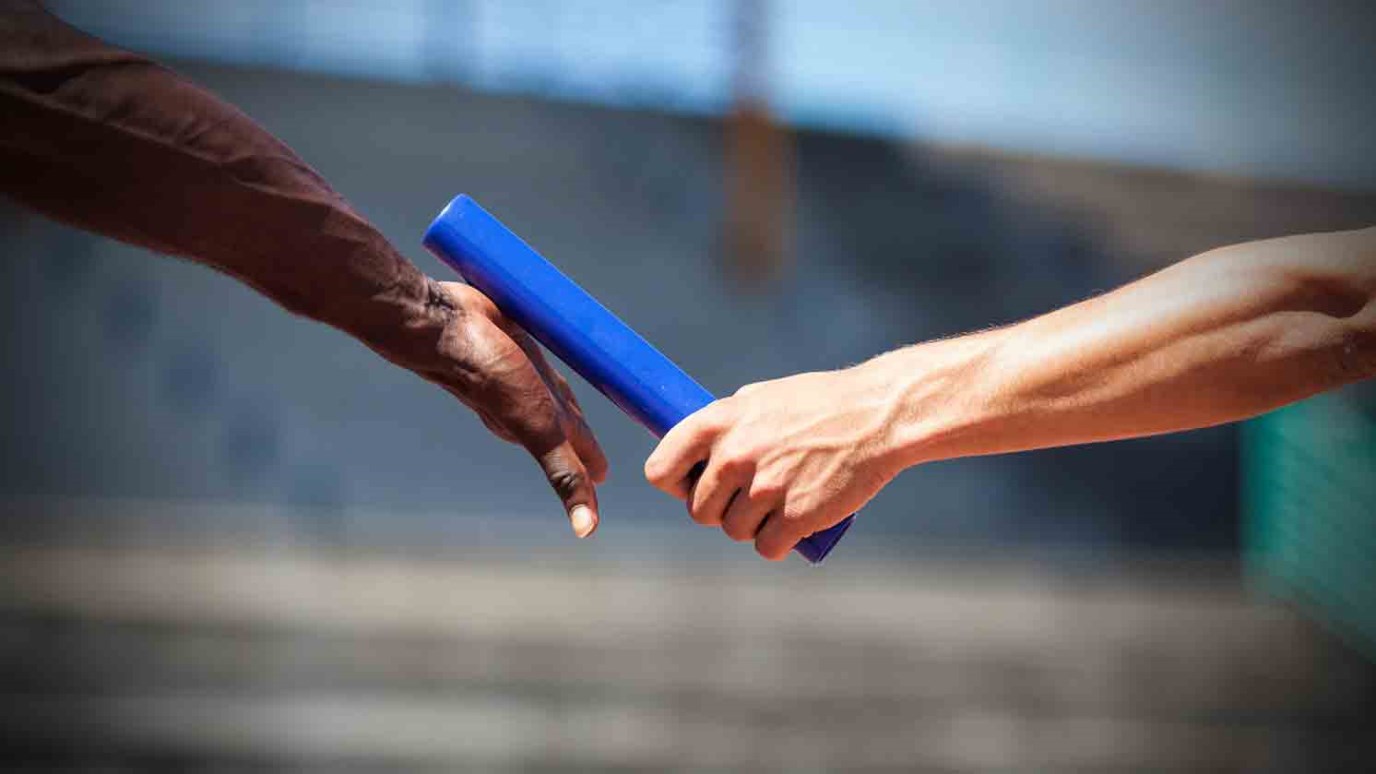 Why is reaching the next generation so important? What’s my role in sharing Jesus with younger people?

When our son Harrison was still very small, I used to spend time teaching him how to pray—both speaking and listening to God. We would kneel down together next to his bed and talk to God. We praised and made our requests, and then we would get quiet and listen.

One night as we were kneeling together, having just prayed for a number of people and things, I said, “Son, let’s ask God if there is anyone or anything else He wants us to pray for. If anything comes into our hearts after we ask, we will pray.”

We knelt quietly for a few minutes, and I soon could tell that Harrison had something he thought we should pray for. “What is it, son?” I asked.

The following evening we were praying again and, once more, we quietly waited for any “prayer instructions” in our hearts. I watched the funniest expression come over my son’s face as he knelt there with his eyes closed. He suddenly said out loud (to God, I think), “Squirrels again?!” After I finished laughing, we prayed once again for the squirrels!

Harrison began learning to listen for God’s voice in prayer, and it wasn’t long before he was distinguishing between what was a genuine Holy Spirit prompting and what was not. He was learning about God because he had someone in his life who was generationally minded—an older person who was “passing the baton” of faith to him.

When we read the Scriptures, we find that King David was extremely focused on passing the baton to those who came after him. He spoke several times in the Psalms of reaching the coming generations. In fact, the biblical record tells us that David did everything he could to prepare for Solomon and the coming generation (see 1 Chronicles 28–29).

David prepared wealth, resources, building materials, workers, and a leadership team to help Solomon. He also prayed for his son, encouraged him, and instructed him in the Word of God. And he modeled humble leadership before him. A successful transition was made, the baton was passed, and the kingdom was established in Solomon’s hand.

I believe the Church today can do the same, by God’s grace. The price of dropping the baton of our faith is far too high. Be intentional with the younger people in your life. Pass the baton… and in doing so, you’ll empower the next generation to reach the world with our living Jesus!

When Family Feels Like Living in a Civil War
Brad Mathias

No-Excuse Parenting
Dr. Randy Carlson
Follow Us
Grow Daily with Unlimited Content
Uninterrupted Ad-Free Experience
Watch a Christian or Family Movie Every Month for Free
Early and Exclusive Access to Christian Resources
Feel the Heart of Worship with Weekly Worship Radio
Become a Member
No Thanks