What Does It Really Say? 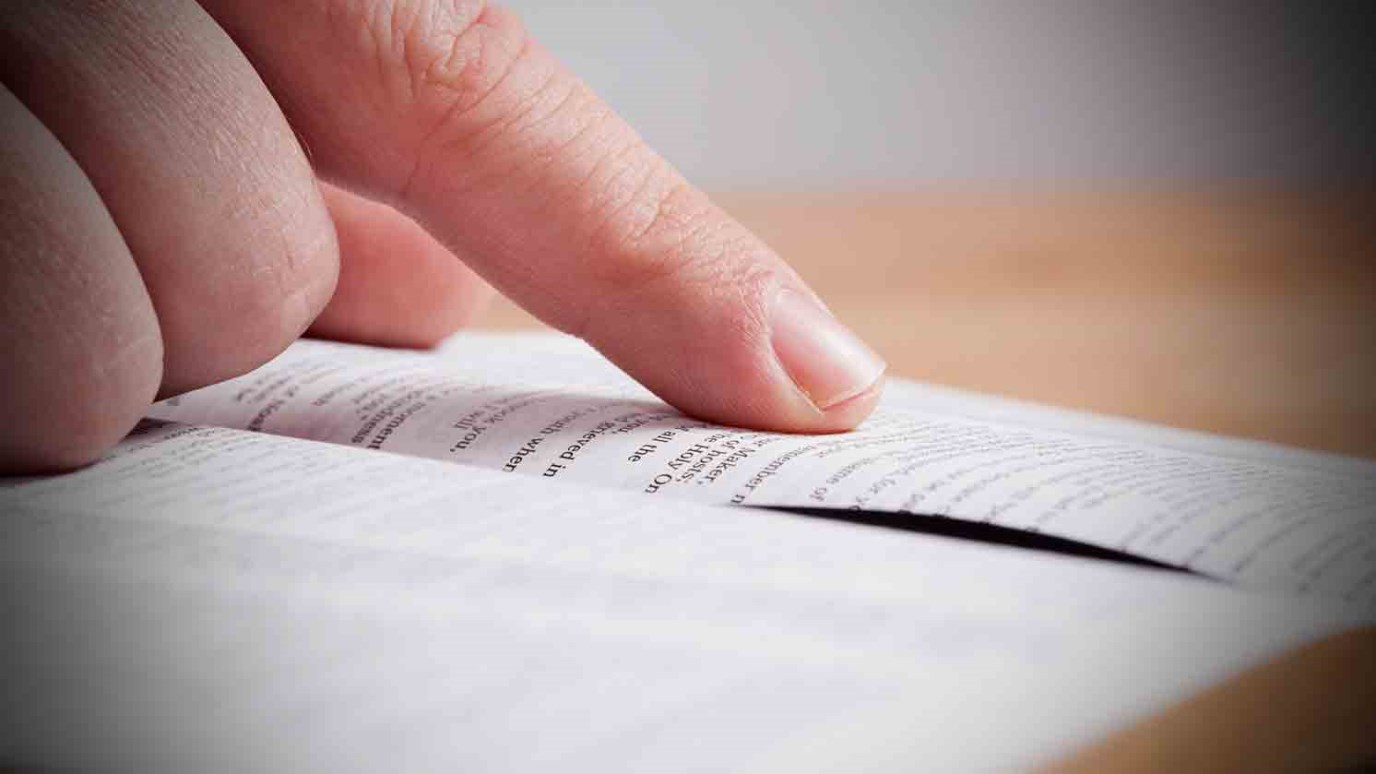 In reading the Word of God, be careful to find out what it really says.

Be careful, in reading the Word of God, to find out what it really says. How many people there are who have false ideas of the Bible simply because they believe that the Bible says something it does not say at all! If one could speak to the average man in the street he would probably say that if there is such a being as the Devil, he is to be found in hell; yet the Bible teaches that the Devil has never yet been in hell. The man would probably say that the Devil in hell is occupied as chief torturer of the wicked, yet the Bible clearly shows that when the Devil is finally cast into the lake of fire, he will be the chief victim.

Scores of like instances are to be found in people who have picked up casual impressions as to what the Bible is supposed to say. A science professor in one of our great universities once asked me how to answer the criticism of non-Christians who laughed at the Bible because it taught that disease was communicated by demons instead of by germs, as science has demonstrated. I pointed out that the simplest answer is an emphatic denial that the Bible teaches anything of the kind.

Never bow to an agnostic's argument against the Bible without checking the facts, for agnostics are often notoriously ignorant concerning the Bible. I once discovered that a group of liberal theological students knew practically nothing about the Bible, yet some of them were ready to deny that certain things were in the Bible until they were shown several passages from the Scripture. One of them even turned to the title page of the Bible that was held before him to see if it were a standard version, as he thought that, since he had never heard of them, such things could not be in the Bible.

The Reader's Digest carried the condensation of an article about the death of William Jennings Bryan. It told how Clarence Darrow had put him on the stand in the famed Scopes trial in Dayton and had flustered him by demonstrating the impossibility of some of the Bible stories. "You believe the story of the Flood to be literally true?" "I do, sir." "Mr. Bryan, the Bible says every living thing that was not taken on the Ark with Noah was drowned in the Flood. Do you believe that?" "I do." "Including the fishes that were left behind?" The writer says that Bryan winced, but replied: "It says every living thing, and I am unwilling to question it." The writer went on to say that the thought of fishes being drowned startled the loyal audience, and concluded that Bryan's death was hastened by his defeat to Darrow.

Without casting any aspersions on the late champion of the commoner, we wish that Darrow had read his Bible a little more closely. For as a matter of fact, when he stated, "The Bible says every living thing that was not taken on the Ark with Noah was drowned in the Flood," he was simply showing his ignorance of what the Bible really does say. Further, when Bryan answered, "It says every living thing, and I am unwilling to question it," he was admitting a weakness in the Bible which is not there at all.

The Bible, in fact, states most definitely that the effects of the Flood were limited. "And all flesh died that moved upon the earth, both of fowl, and of cattle, and of beast, and of every creeping thing that creepeth upon the earth, and every man: all in whose nostrils was the breath of life, of all that was in the dry land, died. And every living substance was destroyed which was upon the face of the ground, both man and cattle and the creeping things, and the fowl of the heaven; and they were destroyed from the earth..." (Gen. 7:21-23).

Make a habit of finding out what the Bible really says. If you do not understand what it means, ask someone who knows. There is always an answer that is satisfying to both faith and reason.

When we are defending the faith, is it okay to correct peoples presuppositions with the word of God?

Are the ill-conceived notions about scripture we carry sinful?If so should we not teach people to properly understand the word of truth?

The Kingdom of God
Cross Church

Is Jesus the Only Way?
Erwin McManus

Never-Ending, Happy Ending
JR Vassar
Follow Us
Grow Daily with Unlimited Content
Uninterrupted Ad-Free Experience
Watch a Christian or Family Movie Every Month for Free
Early and Exclusive Access to Christian Resources
Feel the Heart of Worship with Weekly Worship Radio
Become a Member
No Thanks