What Do I Really Believe? 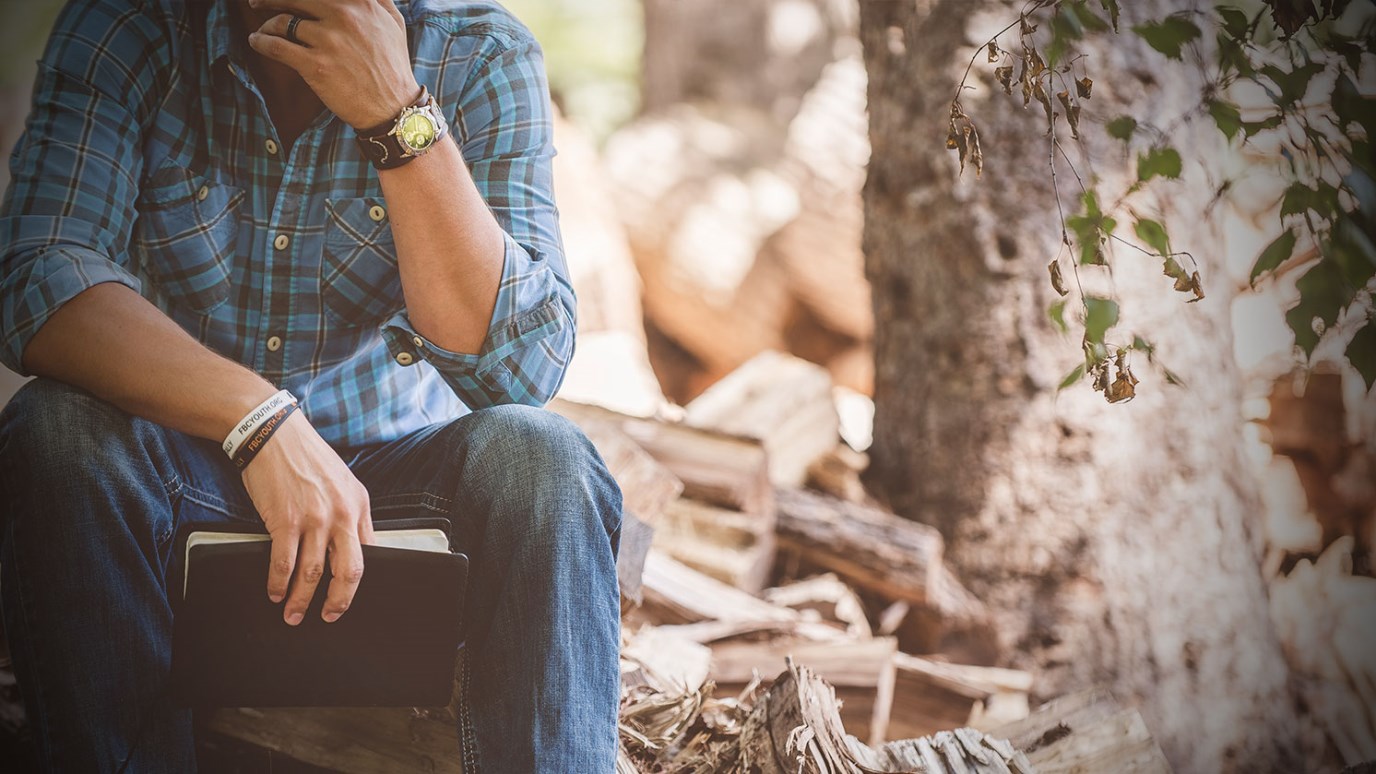 Here’s a little experiment: start a sentence with the words “I believe. . .,” and then finish it with something deeply heartfelt. It is impossible to do without feeling uplifted and stirred.

The need to declare our deeply held beliefs is an irrepressible aspect of being human. In the act of defining what we believe, we define ourselves. I am one who can discern what is true and real and noble and bind myself to it. I believe. One of the most flattering things we can do is ask others their opinion, because what they believe matters.

One important question to ask myself is, what do I really believe, and what do I only think I’m supposed to believe?

In the Lord of the Rings trilogy, Sam is trying to encourage Frodo not to give up. He reminds Frodo that all the great stories are about characters who keep going when it seems too hard. They all find something to hang on to. “And what about us?” Frodo asks. “What do we have to hang on to?” Sam responds, “That there’s good in the world. And it’s worth fighting for.” That one line undid me. I found myself all choked up without even knowing why. I realized later what it was about those words that moved me so: I believed them without trying.

Often — partly because of my job — there are statements that I think I should believe or that I want to believe. Sometimes, because I get paid or applauded for affirming these beliefs, I wonder if I really believe anything at all or if I just talk myself into it because I get rewarded. But my heart said yes with unforced passion to this belief: there is good in the world, and it is worth fighting for.

Sometimes our credos are homespun. Robert Fulghum used to write his out every year. One year he started with “Everything I need to know I learned in kindergarten” and sold a gazillion books.

Sometimes our credos are silly. Countless bumper stickers have been sold bearing the slogan “Everyone has to believe in something. I believe I’ll have another beer.”

Sometimes we look for designer beliefs that, like designer labels, will show how cool we are. The movie Bull Durham was written by a man who grew up in the faith and was disillusioned by the church. It begins with the female lead saying, “I believe in the church of baseball. I’ve tried all the major religions and most of the minor ones . . . and the only church that truly feeds the soul is baseball.”

What do I really believe?

There are the great beliefs, beliefs that people have devoted their lives to studying, beliefs that they have argued about and exulted in and sacrificed over and died for:

I believe in God, the Father Almighty,
the Creator of heaven and earth,
and in Jesus Christ, his only Son, our Lord:
Who was conceived of the Holy Spirit,
born of the Virgin Mary,
suffered under Pontius Pilate,
was crucified, died, and was buried. . . .

Sometimes people can rattle off words like that without ever asking themselves if they really believe them. Faith is not simply holding beliefs. Many people, when they consider faith, think ‘I believe that God exists’, or ‘Scripture is accurate’, or ‘Love is the greatest virtue’.

But at its core, faith is not simply the belief in a statement; it puts trust in a person. We all think we want certainty. But we don’t. What we really want is trust, wisely placed.

Trust is better than certainty because it honors the freedom of persons and makes possible growth and intimacy that certainty alone could never produce. There can be no intimacy without trust.

The disciples looked at Jesus, and they thought, I like his life. I wish I could live like that. When they tried doing the things that Jesus instructed, they found that his teachings actually made sense when they acted on them. Forgiving worked better than vengeance. Generosity worked better than hoarding. They began to believe these truths for themselves. The growth of the disciples looked something like this: First they had faith in Jesus; then they began to have the faith of Jesus. Their mental maps began to look like Jesus’ mental map. Finally, after his crucifixion and resurrection and the coming of the Holy Spirit, his disciples realized that Jesus is the Savior of the world — that he really is the revelation of God himself — and therefore they trusted him with their eternal destinies as well.

We often try to get people to trust Jesus for eternity — to get them into heaven — without their first learning to trust him for their daily lives. As a matter of psychological reality, this just does not work. It produces people who say they trust Jesus and who might even think they trust Jesus, but what they do shows that they do not share his ideas about the way things really are and the way life really works. Therefore they are not able to live the way that Jesus would live in their place. It is hard to live as Jesus would live if we do not share at the core level his convictions about the way things really are.

Elton Trueblood wrote these words, and I think they are profoundly true: “The deepest conviction of the Christian is that Christ was not wrong.” Faith involves certain beliefs. Faith involves an attitude of hope and confidence. But at its core, faith is trusting a person.

And He Made a Whip
Emmaus Church