What Brings Us Together 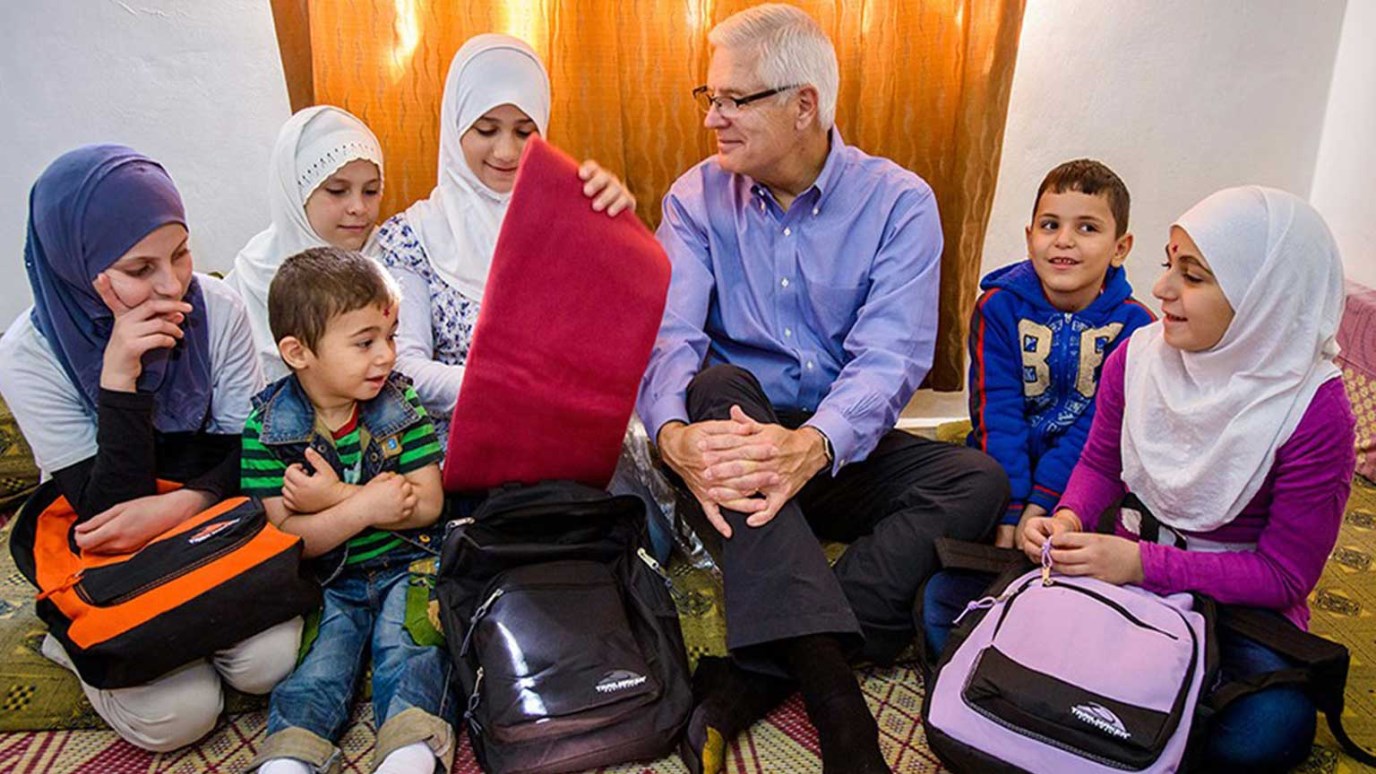 President Rich Stearns, of World Vision US, reflects on the things that unite people, regardless of what we have or where we live.

“The things that separate us are not nearly as big as the things that bring us together.” So true, I thought, listening to my wife, Reneé, as she spoke to a reporter about “He Walks Among Us,” the devotional book we co-authored.

I thought back to Reneé’s first trip with World Vision, when she visited a dump in Guatemala City and struck up a conversation with a young boy. He had been eating yogurt from a cup he found among the trash. You might be thinking that there isn’t much similarity between people who store their food in a refrigerator and those who pull it out of a garbage dump. But Reneé looked up and saw the boy’s mother smile, pleased to see that someone had taken an interest in her son. It was a feeling that any mother could identify with.

Reneé was struck that day by the fact that we aren’t so different after all. We’ve all experienced moments when walls between ourselves and a stranger crumble after we discover a personal connection. This happened to me recently with a Syrian refugee I’ll never forget.

Like most Americans, I felt disconnected from and confused by the unfolding crisis in Syria, and the scant media attention hasn’t helped. A decade of war in the Middle East has left Americans weary.

You might remember the outpouring of compassion for victims of the 2010 earthquake in Haiti. But as I write, humanitarian organizations have less than half the funding necessary to meet the needs of Syrian refugees.

Yet this disaster dwarfs the Haiti crisis. Roughly 1 million people were affected in Haiti. In Syria, it is estimated that as much as half the country’s population of 22 million is, or soon will be, in need of emergency aid.

Instead of trying to wrap our heads around what it means for 10 million people to be suffering, allow me to take you into the heart and mind of just one girl I met on my visit.

Haya is only 10 years old, but already she has seen and suffered more than most girls twice her age. Her father died in the Syrian conflict, and her family fled south to Jordan. Like other Syrian refugees, Haya and her family were middle class. Her father was a businessman. They lived in a nice house and took family vacations. Her mother helped the children with homework. But when I met her, Haya told me that until World Vision came, she didn’t even have a blanket to sleep under, despite the desperately cold nights.

Haya told me her story, and then she sang me a song she wrote just a few days before: “Syria is in pain. … Her children were her candles, and they have faded out.”

When my children were little, I used to tuck them into bed every night. I’d check on them later, and if they had kicked off their blankets, I’d pull them back up to keep them warm. Listening to Haya, I wondered who checks on her during the night if she gets cold. Her story broke my heart. Although language and culture separate us, I felt a father’s protective love for Haya.

I remember Haya telling me, “We fear you are forgetting us.” And then she asked, “Have you ever thought of the children of Syria?”

We all need to know that someone is thinking about us. When a loved one or even a stranger shows us that we have not been forgotten, it is a priceless gift. We all have the power to reach out to children in heartbreaking circumstances. Caring for a child like Haya is an act both of you might never forget.