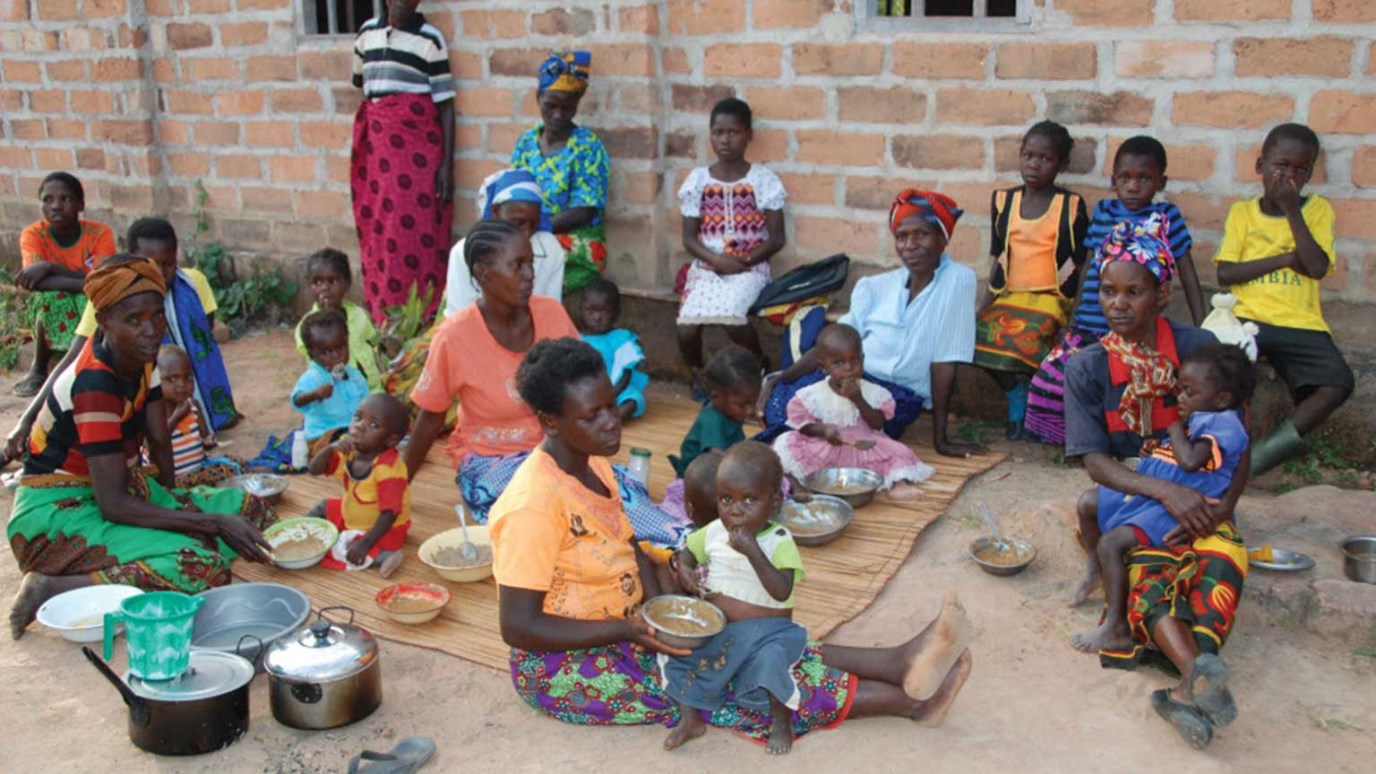 To combat malnutrition, mothers in a World Vision nutrition program feed their children a highly nutritious porridge made of pumpkin leaves, dried and pounded fish, soya powder, ground nuts and mealie meal made from dried corn.

It’s the lean season in West Africa and the Sahel. The Sahel is the strip of land that separates the arid Sahara desert on the north and humid savannas on the south.

So far, below-average rainfall and late onset of the rainy season indicate that about 7.5 million people, including 4.5 million in the Sahel, will be in food and nutrition crisis between June and August.

Conflict and insecurity in Nigeria, Central African Republic, and other areas, as well as the West Africa Ebola outbreak have made it hard for families to plant, cultivate, and harvest crops. World Vision works in West Africa and the Sahel to provide emergency aid where needed and to help families and communities develop resilience to drought, such as with diet planning and nutrition programs.

Race Against Time to Rid Polio in Somalia
World Vision