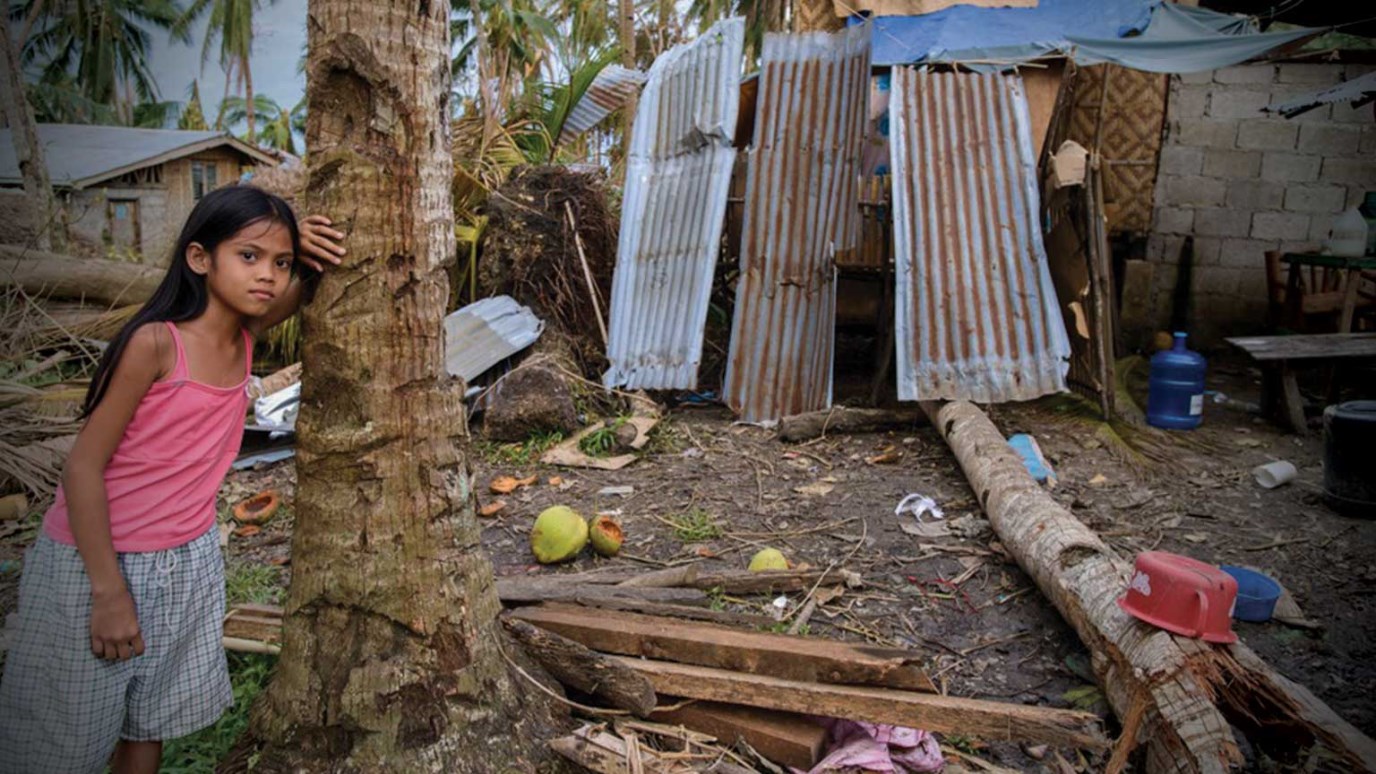 Nine-year-old Baby Claire’s home was smashed by falling coconut palm trees during the 2013 Typhoon Haiyan in the Philippines.

The global frequency of weather-related disasters almost doubled between 1995 and 2014, compared with records from 1985 to 1994, says the United Nations in a recent report.

The report provided details on the past 20 years of disasters related to severe weather, which account for 90 percent of all disasters. Over that period, 6,457 disasters killed 606,000 people and left 4.1 billion people injured, homeless, or in need of emergency assistance.

Flooding was responsible for 47 percent of all weather-related disasters, affecting 2.3 billion people, mostly in Asia.

Nepal After the Quake
World Vision